If there is one overriding theme coursing through reviews of Smokey and the Bandit, it is superficiality. Read through the mountain of pieces out there, and you’ll continually be assaulted with adjectives like “silly,” “mindless,” “breezy,” “fun,” and “stupid.” Taken together, they blend into a gargantuan wall of polite derision. Even those who genuinely adore the movie scoff at efforts to peek under the film’s thematic hood. Burt Reynolds himself has stated that “Anybody who would take that picture seriously needs a psychiatrist.” 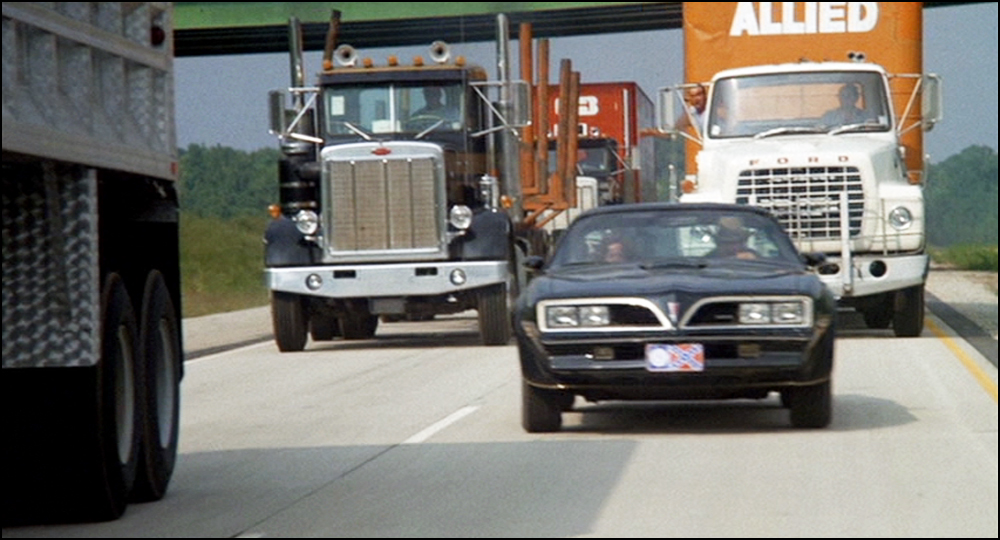 Well, I disagree. A movie’s effect on the culture is often independent of intellectual considerations. The passage of years highlights a film’s vintage regardless of pedigree or awards. Father Time has a sneaky way of giving even erstwhile pop-culture artifacts a rich patina of nostalgia and meaning. And so it happens that light-footed entertainments like Smokey sometimes have lessons to teach, if only we can muster the wisdom to listen.

Let’s return for a moment to the film critic Gary Arnold, who in the summer of 1977 penned a lengthy appreciation of Smokey for The Washington Post. Along with Star Wars, Hal Needham’s film was dominating the domestic box office, especially at the drive-in theaters that were still fairly common in rural America. Given the movie’s success and the CB phenomenon, an article about the picture was a no-brainer. But what’s interesting about Arnold’s essay is how he goes beyond mere cinematic merit and expands his analysis into the realms of culture and politics:

Although it opened to indifferent reviews and business in New York two months ago, Smokey and the Bandit has already grossed close to $25 million in the South and Southwest. It will probably turn out to be one of the year’s most popular and profitable films, and the potential appeal should have been obvious, even from New York.

It might not be a bad idea if the Carter administration also took a look, because the film is in touch with certain deep-felt national preferences. Smokey and the Bandit seems both an authentic and exuberant expression of how much taking the wheel means to Americans.

“Taking the wheel” can be interpreted in both a literal and figurative sense. It is perhaps worth noting that by the time Reagan rescued the country from Jimmy Carter’s economic death spiral, the screenwriters of 1980’s Smokey and the Bandit II had taken Carter’s massive inflation into account by raising the Bandit’s prize money from $80,000 to $400,000. Even many partisan Democrats realized by then that things had veered dangerously out of control.

For all of their comedic, stunt-happy antics, Hal Needham and the makers of Smokey were all-too-aware of the growing fear and outrage gripping middle America. But unlike so many other 1970s films, their message to audiences was not morose acceptance and surrender. Smokey and the Bandit‘s script didn’t resort to suicide by cop, or to Russian Roulette, or to wallowing in cynicism over our society’s failure to right every wrong. 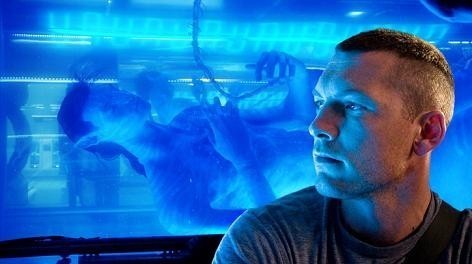 Pay attention while watching the movie. In dozens of little ways, Smokey delineates a vast social network within rural Southern society based on charity to neighbors and longstanding notions of tradition and culture. “Screw the guys taxing and regulating and mismanaging us to death,” the film seems to say. “To hell with their speed limits and bootlegging laws and bottomless hunger for interfering in our life, liberty, and pursuit of happiness. We can take care of ourselves, using the unspoken laws of the open road. Independence. Common sense. Christian fellowship. All the stuff that came down from our forefathers.”

That appealing vibe is, to this day, easily felt throughout rural America. Go to any small Southern burg, and you are likely to see a downtown that has barely changed in over a century, with buildings that can often be matched up perfectly to photographs taken a hundred years earlier. It may surprise city-dwellers to learn that there are still many places in America where one has to motor down a two-lane highway for a half-hour just to reach the nearest library, movie theater, hospital, liquor store, Wal-Mart or McDonald’s. People in flyover country have access to amenities like satellite TV and cell phones and home-style restaurants, sure. But in other ways they can’t help but feel far removed from the government busybodies stealing their tax dollars and giving them nothing but draconian legal nightmares in return.

Against that tapestry, a character like the Bandit becomes nothing less than a modern-day Robin Hood, with Sheriff Buford T. Justice serving as a humorous reflection of the Sheriff of Nottingham. And of course, where would Robin Hood be without his Maid Marian (decked out in the tightest jeans this side of the Mississippi, natch) and his pals Little Snowman and Friar Fred — er, Tuck.

Smokey captures the mindset of the times in other ways as well. Hal Needham carefully presents a South largely free of the racism that has haunted that land’s history since the first slaves were brought to Spanish Florida in the 1560s. Among other characters, the movie prominently features a black sheriff, a black restaurant owner, and various black friends of the Bandit (such as a gas station attendant and a pair of mischievous hearse drivers). All of these people are portrayed as quite respectable in their milieu, and they have no trouble mingling with the good ole boys littering the landscape. It’s telling that — in a picture marinated in all things Southern and rural — the only racist line of dialogue comes when the villain discovers that another sheriff he has been talking to over the CB is black:

Hey boy — where is Sheriff Branford?

I am Sheriff Branford!

Gleason, a master of nuance and timing, then turns away in embarrassment and mumbles, “What in the hell is the world comin’ to?” This scene regularly succeeded in eliciting good-natured laughs of recognition from mixed, racially sophisticated 1970s audiences, because it caters neither to the knee-jerk prejudices of city elites nor to the racism of unreconstructed Klan thugs. This is that rare film about the rural South that possesses a sharp self-awareness, and as such it does justice to the integrated society it so affectionately portrays, warts and all.

Toward the end of the movie, there is a perfectly executed montage that sums up the thematic subtext of the film, belying its reputation as a live-action cartoon possessing no redeeming artistic value. It comes after a motley convoy of truck drivers conspire to save the Bandit from a predatory Smokey by cleverly using their rigs to shield his Trans Am as the police pass by. As Reynolds maneuvers into the nest of semis, he looks at them arrayed on the highway like glittering knights and murmurs, “Trucks — I love ’em! I love ’em!” The Bandit pumps his arm up and down, the universal signal for “Trucker, blow your horn!”, and all around him the big rigs bellow and trumpet in answer. Even the orchestra accompanying Jerry Reed on the soundtrack fires off some brassy notes of solidarity. Reynolds smiles and marvels, “This isn’t a convoy, it’s a dream!” 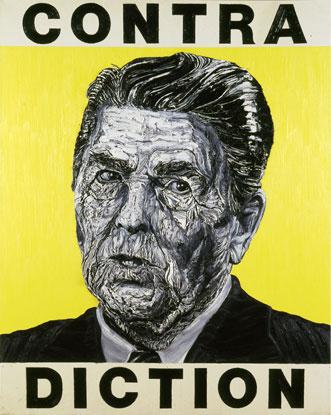 Then, after the Bandit “puts the pedal to the floor, ’cause they’ve got his back door,” it’s the Snowman’s turn to motor his now-iconic semi past the convoy. As he chugs forward, director Hal Needham does a wonderful thing. He suddenly cuts out all extraneous sounds — the voices of the truckers, the roar of the engines — leaving just the music and the triumphant bellowing of Snowman’s horn as he flashes a wide grin and a big outstretched thumb at each rig. They return his salute, and the rousing music, the booming horn, the waving hats, and the broad smiles all create a cathartic, overriding sensation of camaraderie. It’s the grand culmination of Hal Needham’s artistic vision, whether or not he would ever admit it or even be conscious of it.

And at the end of Snowman’s journey through the convoy, Needham leaves us with a final nostalgic surprise that clearly comes straight from his heart: the last trucker we see smiling out of his cab is none other than the actor Hank Worden (1901-1992), who like Needham was a veteran member of John Ford’s Stock Company — you may remember him best as crazy ol’ Mose “Thank’ya kindly!” Harper from The Searchers (1956). His well-known visage popping up so unexpectedly here pays tribute to that group, and for me lifts an already great scene up on an eighteen-wheeled chariot to redneck heaven. “I’ve seen Smokey many times,” Burt Reynolds says, “and each time it makes me smile. Perhaps that’s the simple secret of its success.” Of all the hilarious, clever, exciting, and even lovely moments in Smokey and the Bandit, it is this one which never fails to put the biggest, warmest smile on my face. 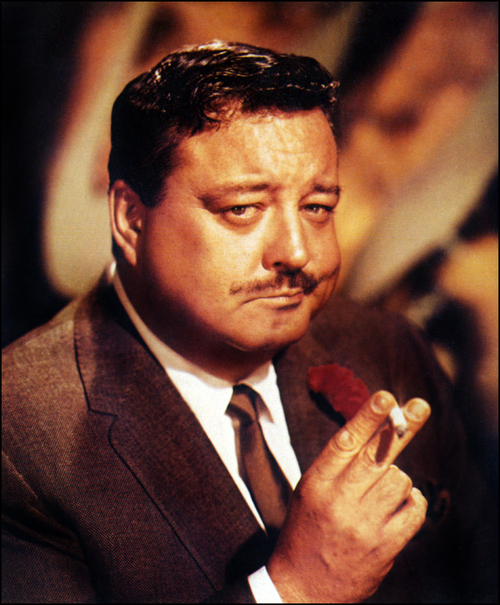 In the end, Smokey and the Bandit just plain adores rural America in all of its messy, worn-down, spacious-skyed and amber-waved splendor. “What I want in my life,” Reynolds once said wistfully in an interview, “is to be living in a little town like Evening Shade, with a little creek in my backyard, and to fish with my son. I want to salute the flag and say grace before dinner, and I don’t want to get mocked or laughed at for that.” The cute, irreverent little film we’ve been discussing for the last five weeks shares those sentiments in spades. It’s a joyous and honest (if often uncouth) celebration of American values, with a profound sympathy for that large part of the country that habitually gets short shrift in Hollywood. In the final analysis, that’s what separates Smokey and the Bandit from so many of the trash films of today, and why it remains endlessly rewatchable after thirty-two years.

This concludes our five-part study of Hal Needham’s memorable 1977 directorial debut Smokey and the Bandit. Come back to Big Hollywood next Saturday for the beginning of an all-new look at an all-new film from an all-new year.

Previous posts in the series “Hal Needham, Burt Reynolds and Smokey and the Bandit“:

OK, you’ve learned a lot about Smokey and the Bandit. The lives of the director and actors. The political climate in which the film was made. The derision of the critics. The staggering support of the public. Even the subtext and values underlying what was on the surface a shallow chase and stunt film. It’s time to break open a brewski, settle comfortably into the La-Z-boy or on the couch, and let the opening strains of Jerry Reed’s guitar fill your living room with acoustic goodness.

You can buy the Smokey and the Bandit Special Edition DVD for around eight pazoors with free shipping, or you can spot that little beaver over at Netflix and pop it into your queue. The film was released on the now-defunct HD-DVD format a few years back, but no Blu-ray has appeared as of yet (and if the HD-DVD is anything to go by, when it does show up it won’t be an earth-shattering improvement over the standard DVD anyway).

Be sure to be well-rested before screening the picture, as by the end you’re going to be exhausted from 96 minutes of smiling and laughter.