You think I contaminated myself, you think I did that?

For my money, nothing exposes the left for the anti-capitalist, anti-progress socialists they really are more than their opposition to nuclear power. Here’s an energy source that overcomes all their objections regarding safe, clean, and renewable and still they vehemently oppose it with the worst kind of hysterical scare tactics. In this respect you can’t even label them “European Socialists” because there are nearly 200 nuclear power plants currently powering Europe, over 50 in France alone, and yet here in America — thanks mainly to environmental fear-mongering — we only have a little over a hundred. 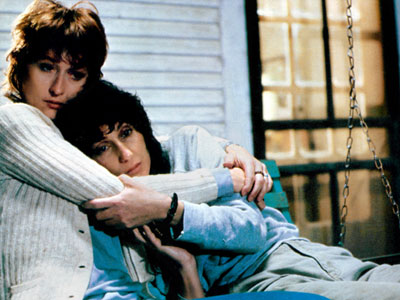 The same leftists opposed to this provably safe answer to many of our energy problems somehow have no problem social-engineering all of us into the rolling coffin of a Smart Car, and if given the personal choice between living next to an enviro-wacko approved hydroelectric dam or an evil nuclear power plant, give me Three Mile Island any day. The failure of dams and levees feels like an annual event, whereas Chernobyl (which was really a failure of socialism) happened over 25 years ago.

Director Mike Nichols’ “Silkwood” is obviously a Hollywood broadside in favor of the anti-nuke movement, making a folk hero out of a personally troubled labor union activist who supposedly was just about to dramatically deliver the final blow to her employer, real-life energy company Kerr-McGee, before being involved in a fatal but “mysterious” car accident. No documents were found on her at the scene, but the legend of Karen Silkwood tells us that just before she died on the evening of November 13, 1974, this brave whistle-blower was just miles away from delivering documents to the New York Times that proved all kinds of corporate misdeeds involving missing weapons-grade plutonium, faulty nuclear reactor fuel rods, and a number of employee safety issues.

While it is true that she was going to meet New York Times reporter David Burnham, it’s also true (and the film does inform us of this) that Quaaludes and marijuana were found in her purse, she had twice the amount of recommended sedatives in her blood, and the dumbest way I know of to try and kill someone is by running them off a rural road where chances are more likely than not they will survive. But of course these are the same conspirators supposedly reckless and stupid enough to try and kill Silkwood by poisoning her with plutonium — as though death by radiation of one of their own employees wouldn’t bring all kinds of unwanted attention and scrutiny down on the company.

But again, in furtherance of a left-wing agenda, these are the “true stories” Hollywood cherry picks to bring to life, and while Nichols is very, very careful not to declaratively take a side, it’s impossible to walk away from “Silkwood” feeling good about the usual-usual routine at Kerr-McGee, much less the big bad nuclear power industry as a whole. Just for starters, it’s more than a little unnerving to watch everyday working folks mess with the most volatile substance known to man as though they’re on a toaster assembly line.(I personally prefer something more along the lines of a “Dr. No” type setting when it comes to all things plutonium.) If that’s unsettling, add to that the idea of a company less concerned with the risk of a catastrophic nuclear meltdown than missing a production deadline.

Finally, Big Labor is the over-arching hero of our story, those courageous and selfless truth-tellers only looking out for the little guy. Whatever would we do without them.

I’m probably ranking this film higher than even most critics sympathetic to the political message would, but I would urge any and all doubters to give “Silkwood” another look. The passing of the decades has been very good to a film that we can now clearly see did a remarkable job in capturing a particular place and time. Watching Meryl Streep, Kurt Russell and Cher almost thirty years later, it’s easy to forget that all three were already famous, glamorous stars in 1983. And yet, accents and all, this superb trio completely and convincingly lose themselves into the world of working class, rural Oklahoma.

Nichols also takes time to explore his characters. Unnerving pieces of information regarding the bigger conspiracy are dropped like seeds that will bear fruit later, but for the most part we spend almost all of the first hour getting to know the characters and how deceptively complicated their relationships really are. And in this era when we’re relentlessly bludgeoned to death when it comes to all matters involving sexuality, watching Cher’s lesbian character, Dolly Pelliker, presented as who she is with matter-of-factness and some gentle humor feels like a revelation. Furthermore, do you think Russell’s sympathetic Drew would be allowed to hang the rebel flag in his room if “Silkwood” were filmed today — even if he had in real life? If nothing else, “Silkwood” is a reminder of how far backwards we’ve gone in the arena of tolerance and acceptance.

Unlike outright embarrassing crap like “North Country,” where the working class are treated as nothing more than a series of phony affectations (and accents) meant to twist them into the convenient liberal archetypes of who Hollywood needs them to be in order to get Oscar attention, Nichols sees real-life human beings and demands we get to know them as such before the fireworks begin.

Throughout, this subtle directorial approach is extraordinarily effective at catching us off guard. Major turning points within the relationships occur almost without us noticing and without any heavy exposition. The best example of this is the wordless scene between Drew (Russell) and Karen (Streep) as they watch a slideshow of her recent trip to DC. A couple of seemingly innocent photos of Karen with a labor union executive (The Mighty Ron Silver) make it clear she’s been unfaithful. Drew’s pain, Karen’s guilt, and their break up is all accomplished with nothing more than an exchange of looks. Another memorable moment occurs after Drew sucker punches Craig T. Nelson’s character and reveals a side to Drew we never expected when he scurries away afterwards like a childish coward. “Silkwood” is a treasure chest of wonderful acting, wordless storytelling and characters with endless layers.

The film’s second hour is something akin to a horror film, but because so much time’s been taken to create the characters, no monster or hyper-drama is necessary to plant a sense of dread in your gut. The torturous shower scenes and the men in hazmat suits descending on Silkwood’s dilapidated house are harrowing and even heartbreaking. You were comfortable in that old house with those people and hate to see it all come to an end. When Drew walks around the shell of a place afterwards, you share his sense of loss. 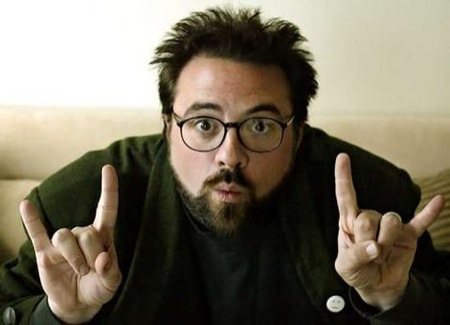 The performances are all so good that you’re reminded that once upon a time Meryl Streep could actually act, that Kurt Russell remains under-appreciated, and why Cher would win an Oscar just a few years later. There’s also a ton of talented faces who had bigger things ahead of them, including Fred Ward, Bruce McGill, Will Patton, David Straithairn, Josef Sommer, Tess Harper, and M. Emmet Walsh. Someone who really stands out, though, is Craig T. Nelson as this unknowable, hulking menace who always looks as though he’s either ready to murder you or hug you.

Nominated for five Oscars (Streep, Cher, Nichols, editing and a fantastic script co-written by Nora Ephron and Alice Arlen) “Silkwood” is timeless because it isn’t really a political film. It’s a character study of what happens to the relationships between three everyday, sympathetic and flawed people caught up in something extraordinary. Best of all, it’s a character study done with a respect, affection and genuine curiosity for its subjects. For anyone willing to look close enough, the most fascinating, complicated, and intriguing people in the world aren’t just found in Manhattan skyscrapers or working in the arts.