Sarah Palin IS The Undefeated.

By the time you finish watching this superbly scripted and produced two-hour documentary about the former Alaskan Governor, if you don’t come to that conclusion, you were either asleep during the film or you still believe that “Community Organizer” trumps true executive experience and success as qualification to serve as America’s Commander-In-Chief. 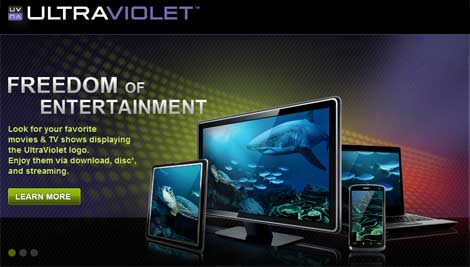 It is 2008 and Republican Presidential candidate John McCain introduces Governor Sarah Palin as his running mate to a crowd of thousands of enthusiastic supporters. The beautiful, poised, confident Governor takes the stage at the Republican National Convention to thunderous applause and delivers an electrifying speech with a level of charisma, wit, and passion not seen since Ronald Reagan, that catapulted this relatively unknown Alaskan Governor onto the National political stage making her almost instantly and simultaneously one of the most revered and one of the most reviled politicians in recent memory.

In stark contrast, the film then cuts over to a dramatic 3-minute montage of pure, unadulterated hatred from the left for this VP candidate which history will record as one of the most vicious campaigns to annihilate a public figure. It was vulgar. It was brutal. It was violent. It was main stream. It was textbook Alinsky. And yet, she is still standing…undefeated. 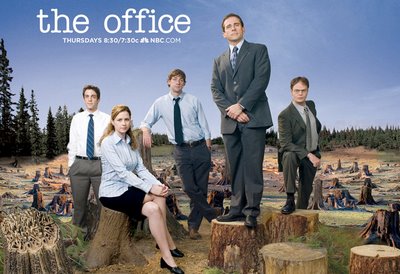 The attacks from the liberal pundits, journalists, talk show hosts, celebrities and patrons of social networking sites and the blogosphere were completely abhorrent and offensive. So much so that the film’s writer/director, Stephen Bannon, told us at the private screening of the rough cut of the film, he would have to do a lot of creative editing to mask some of the more vulgar and violent footage to get the film to a PG-13 rating for National distribution, yet still convey the same astonishing level of the left’s pathological hatred for Palin. If you have even an ounce of human decency or compassion, viewing this brief sampling of the almost maniacal attacks on Sarah Palin should make your blood boil. What has she ever done to deserve this? Does her mere existence threaten people so much they feel she must be destroyed completely before they are satisfied?

Their latest display of depravity or desperation as it were, with the release of over 24,000 of her private emails from her tenure as Alaska’s Governor, has even drawn criticism from those who would never vote for Palin). The timing couldn’t be better, though, as we are finding (much to the dismay of the corrupt MSM) that she was every bit the dedicated, hard-working Governor depicted in Bannon’s documentary.

But then we see the words from Matthew 7: 17-20 appear on the screen almost as if to calm our souls and bring all of this into perspective. We are reminded with this passage that this truly is a spiritual battle between good and evil…right from wrong. Not just for Governor Palin, but for all of us…for our Nation.

“Wherefore by their fruits ye shall know them.” ~ Matthew 7:20

By the end of this film, you will know who Sarah Palin really is.

With opening credits rolling we hear a single, solitary female voice singing an a capella rendition of The Minstrel Boy (a favorite among Irishmen who fought in the Civil War), with never-before-seen home video footage of a happy, care-free American girl blossoming into a beautiful, accomplished young lady growing up in a small town tucked away in the beautiful, vast, wild, expanses of “The Last Frontier”. As the singer concludes her song with the words “thy song was made for the pure and free and shall never sound in slavery”, the story that chronicles the political career of Alaska’s own pioneer and patriot, Sarah Palin, begins.

With commentary from conservative heavy-hitters Mark Levin, Andrew Breitbart, and Tammy Bruce, conservative activists, former staffers, and others, Stephen Bannon does a brilliant job telling the story of Palin’s rise from obscurity in the lower 48 to stardom on the National political stage. The seed was planted shortly after the Exxon Valdez disaster that Good Friday, 24 March 1989. It was when she saw the devastation caused to the community, to the people, to the Alaskan economy that she decided “If I had a chance to serve the people, I would do so”.

As the film takes us through the fascinating journey that is Sarah Palin’s highly successful political career in Alaska, it is clear to see she has always been a tough-as-nails executive who understood her role as a servant for the people during her time as Mayor of Wasilla, as Alaska Oil and Gas Conservation Commission Chairwoman, and as Alaska’s most popular Governor. We see her take on the Republican establishment, big oil, corruption, ethics reform, and tax reform and stare down the ugliness and smears she faced from her political foes and the mainstream Alaskan media with uncommon valor and a fierce, tenacious spirit. She, like a Marine, always ran toward the danger instead of away from it and took on the huge issues nobody else dared to. With every new challenge the naysayers claimed there was no way she could do the job, that she was not strong enough, that she lacked the “gravitas”, and didn’t have a good understanding of the issues. She proved them all wrong…and remained undefeated.

She didn’t just talk the talk…she walked the walk. When it came to fighting corruption within her own Administration, she said “In politics you’re either eating well or sleeping well”. She always chose the latter.

With one legislative success after another and overwhelming bipartisan support, Governor Sarah Palin’s popularity was at a record high 88% according to Gallup’s empirical data — the highest approval rating on record for a sitting US Governor. With that kind of approval rating, Sarah stated “My administration must be doing something right”. She enjoyed those high approval ratings right up to the day her Blackberry rang and Senator McCain asked “Would you like to help me change history”?

And so began their campaign for the White House.

At the 2008 Republican National Convention

So, too, began another campaign — the one launched by the statists to destroy her. Alinsky’s Rules for Radicals teaches its disciples that you must take a person’s strengths and “isolate them”. And that is exactly what they did. It was an organized strategy and the media gladly participated. Bannon’s film, The Undefeated, reveals exactly what they “isolated” and as John Nolte, Editor-In-Chief of BigHollywood, so aptly put it, is “doing the job the corrupt MSM won’t”.

While the 2008 Presidential election did not turn out as planned, Sarah Palin won the hearts of millions of Americans, and as Mark Levin noted, the excitement and enthusiasm generated by Palin was the beginning of the awakening of conservatives across the country — the beginning of what is now the TEA Party movement — and very reminiscent of what happened during the Reagan Revolution. Americans were seeing for the first time since Reagan, a true conservative leader who had a heart for America and for the people. “Ronald Reagan would have loved the TEA Party” said Levin. Like Palin, Reagan was called an outsider that couldn’t win. People said he was “too conservative”, “a right-winger”, “an extremist”. And he was just what America needed.

Upon her return to Alaska to resume her duties as Governor, Palin was plagued with one trumped up ethics charge after another which cost her staff dearly. Each charge was dismissed but rarely, if ever, reported by the media. As the Palins were a middle-class family and had to pay their own legal fees (which had amassed to over $500,000), the intent of her opponents was to force her family into bankruptcy. Governor Palin knew that with all the negative press and increasing opposition contributing to her declining popularity, she would not be able to pass one single piece of legislation for the people of Alaska. She knew her constituents were paying the price and suffering simply because their Governor’s name was “Sarah Palin”. Her decision to step down, as in all her decisions, was in the best interest of the people. She said “Life is about choices. You can choose things that tear you down or build you up”. She always made the right choice for the people in spite of the harsh criticism she knew she would receive. “Thank God Sarah refuses to accept the premise of her destruction” stated one of her supporters in the film. Her spirit cannot not be defeated. 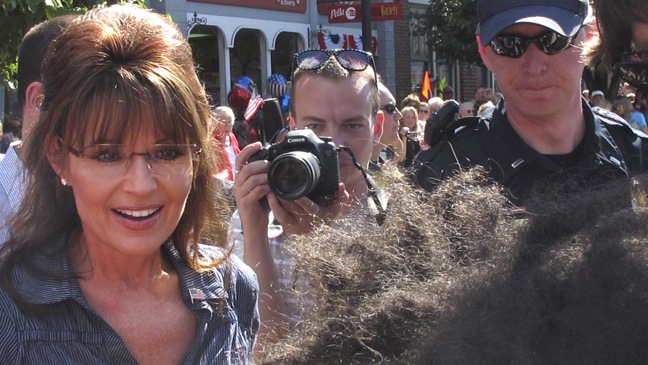 In the final scene, as Sarah is speaking at the 2011 Tax Day Rally in Wisconsin, her hair and glasses soaked from the falling snow but the crowd every bit as fired up as they were the day she took the stage at the 2008 Republican National Convention, Sarah Palin states with the same passion and conviction present in every single speech she delivers “We’re here, we’re clear…get used to it. God has shed His Grace on thee. Mr. President…Game on!”

We are left to ponder the words of Thomas Paine: “If there must be trouble, let it be in my day, that my child may have peace.”

This is a must-see film that “Palinistas” will absolutely love and will allow Palin skeptics to see what the media has so successfully isolated — hidden in plain sight. I dare you to go see it.