The GOP is brain dead. The party lacks vision, imagination, passion and balls.

I am continually frustrated at how they campaign. The Democrats are superior in every aspect except their ideas, which are detrimental to America and freedom. President Barack Obama and the progressives believe in the politburo and are selling it to the American public.

They have used immigration to water down the population and flexed entitlements like drugs, addicting a populace and weakening its will to succeed. They have propagated special interests so that the fabric of our society is being ripped apart. Their economic policies are absolutely destructive for prosperity. They have a foreign policy that has left the world more dangerous than in the last 55 years. They have crippled our educational system. They have race baited but are guilty of being the party that wanted slavery.

We all know the talking points. Look, I do not want to bash the Democrats–they are doing what is expected of them. What I find appalling is the GOP’s inability to reach out and capture the imagination. They are a party that should be retired. We need new, vibrant leadership in our country if we are to save it. It can no longer be the party that plays it safe.

I can hear them right now backslapping each other saying, “we are gonna take back the Senate, so make sure we don’t do anything too controversial. Let’s play it safe.”

This is a big mistake.

They must go on the offensive and tell the American people the truth. They must embrace culture and use it the way the Democrats do. Instead, week after week, month after month, year after year, they miss the boat. They are a “ship of fools.” Or is it really some other agenda that they are in on, and none of us know it?

Is the GOP actually selling us out and working along with the opposition, hence the lack of their ability to combat the Democrats and get a populist message out? I have written about the GOP’s ineptitude for several years to no avail. I will say it again. We need a new conservative movement, and we need it now.

As I travel across the country I hear it in the coffee shops across this wonderful land of ours–the discontent from Democrats and Republicans alike of the President’s policies and the country’s direction. But at the same time where are the conservative voices that have ideas other than, “gay marriage and abortion.”

These issues should be put to rest once and for all. They will not win elections, and conservatives must not be manipulated into using them as go-to issues. They should refuse to discourse on the litany of special interest distractions that the left engages them in. Instead, they should deal with issues that are the most crucial to America’s survival.

I have written before how the GOP misses the mark with the Everyman. And the irony is, most in the GOP are the Everyman. It is just that the elitist Democrats know how to manipulate the masses and pander them into thinking they are doing the right thing for them and worse, that they are one of them. This is the Marxist playbook.

I travel this country and I consider myself one who is among the people. Most celebrities are isolated, as are most politicians, and neither wishes to get themselves dirty.

I like engaging with people, and when I do I ask what their feelings and opinions are. It may be a Pakistani driver who now considers America his home and loves this country, or a Muslim man afraid to speak out when he hears extremist speeches in the mosque or among those who gather to talk about jihad. A man who thinks Obama and his policies are dangerous and misguided because they are not giving moderate Muslims the cover they need to speak out.

I questioned several Muslim-Americans in New York recently, and they all had the same thing to say. “Unless America is strong, the moderates will not rise up” because they will be killed if they did. What does that tell you? 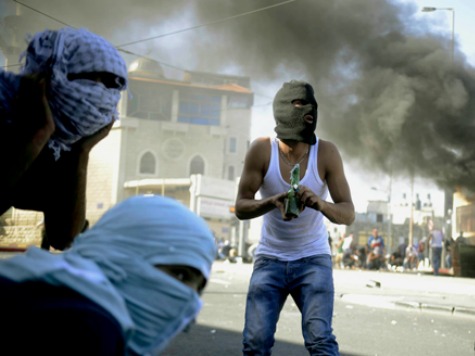 So no matter what shit is spewed from our government, this is what the people have told me.

I also spoke to some Egyptians. I ask you, why have we not heard much about the new President of Egypt Abdel-Fattah El-Sisi that gave a rousing speech at the United Nations denouncing radical Islam? While our own President does not let law enforcement refer to radical Islam and from the language that defines it. Eygpt can help transform the Middle East.

El-Sisi recently raised $8 billion from the Eygptian people to widen the Suez Canal so that ships can get through in much less time. He refused foreign investments. He did not tax his people  He asked private investors and opened an IPO. This is a leader with imagination. Have any of my readers heard about him? Has the GOP used him as an example to stir the imagination of the voting populace?

This one man’s actions would frame everything wrong with our current governments policies. If the GOP is not to be rendered irrelevant they must wake up and, whether they agree fully or not, embrace alternative energy, embrace that the environment needs protection and agree that there appears to be global warming.

The GOP must realize that children are being brainwashed and sensitized to these issue in schools and in the culture. Nickelodeon has Earth Day celebrations but nothing for Memorial Day. What does that tell you?

So GOP leadership … instead of seeming out of touch, why don’t you take the lead on framing the issues of today in a populist message?

You could say, “we have more energy in America that could make gas 30 cents a gallon for Americans, and we must exploit every means possible to be energy independent.” But you could add that while doing so the next step would be to develop those technologies that would eventually make energy free for all Americans. That will someday be a reality. There are unknown energy sources in the universe that we have not yet even tapped into and we want to find them …” That would show imagination and would inspire people to think that it is not business as usual.

Hope is a powerful message. It got President Obama elected twice. The GOP does not have a message that inspires hope. They should be killing it in the elections, but every candidate is still stuck in the muck of stodgy political discourse.

Damn, I wish I didn’t care so much. I should just shut up and look pretty.