Mad Max: Fury Road has found an unlikely group of fans after feminists overwhelmingly praised the film for its strong female themes, which is putting some male fans at odds with the franchise.

The film, which co-stars Charlize Theron and hit theaters on May 15, follows the actress as she leads a group of female fighters being held as sex slaves by a group of male rulers.

Since its box office debut, an outpouring of online articles published by moviegoers have sparked a debate about its perceived pro-women message, with one critic specifically calling the film “propaganda.”

A wave of internet memes have also begun to surface from around the web, which poke fun at Tom Hardy’s supporting role as Max. 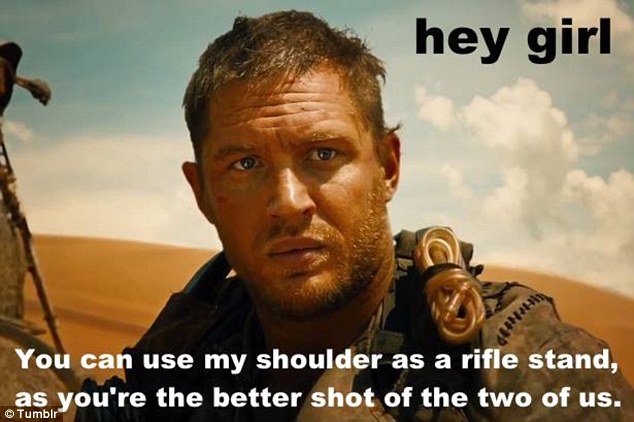 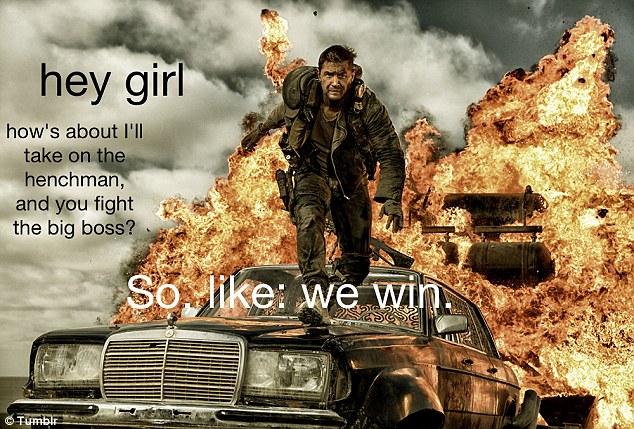 Return of the Kings contributor Aaron Clarey published a think piece on Mad Max in an article about “Trojan Horse feminists,” in which he said he was disappointed when he found out Theron was the protagonist of the film and not Tom Hardy, as he anticipated a “straight-up guy flick,” via The Daily Mail.

Clarey, who does not necessarily identify himself a men’s rights activist, but seems as such, also attempted to persuade men against seeing the film and blamed Hollywood for the “subterfuge they will use to blur the lines between masculinity and femininity.”

“Charlize Theron sure talked a lot during the trailers,” he added.

Others have come out in favor of the film’s plot, with Buzzfeed writer Laurie Penny arguing that “violent masculinity has become social disease.”

Director George Miller is continually being praised for hiring playwright Eva Ensler, creator of the feminist Vagina Monologues, to advise him on how to approach the film’s many feminist issues, including sexual assault.

Ensler told BBC that although she is not one for action films, she was impressed with the broad range of female characters.

“They weren’t relegated to one role. To me that’s feminism,” she said.

The debate over the film’s perceived feminist message has not hurt it at the box office.

Mad Max grossed an estimated $135 million at the global box office as of Friday and has received a 98 percent positive score on Rotten Tomatoes.