Let’s not fool ourselves. We are not talking about a youthful indiscretion here — we are not talking about smoking dope, a DWI, a shoplifting beef, or even a secret abortion. At the age of 14 and 15, Josh Duggar molested five underage girls. Four of those girls were his sisters. One of those sisters was only five-years-old at the time. According to Josh’s own parents, Jim Bob and Michelle, the “touching” occurred both on top of and under the clothes of the victims, and at times, when the victims were asleep.

Josh Duggar molested his own sisters.

Josh Duggar molested a sister who was five-years-old.

This is an abominable crime, and the fact that Josh Duggar escaped paying for this crime through our criminal justice system is more than just a little troubling. The idea that, even as a juvenile, you can molest five underage girls and face no legal consequence is inexcusable.

From what I can glean from this mess of a story, sometime in 2003, after Josh admitted to his parents for a second time that he was still molesting his own sisters (and one outsider), his dad decided it was time to tell law enforcement what was going on. 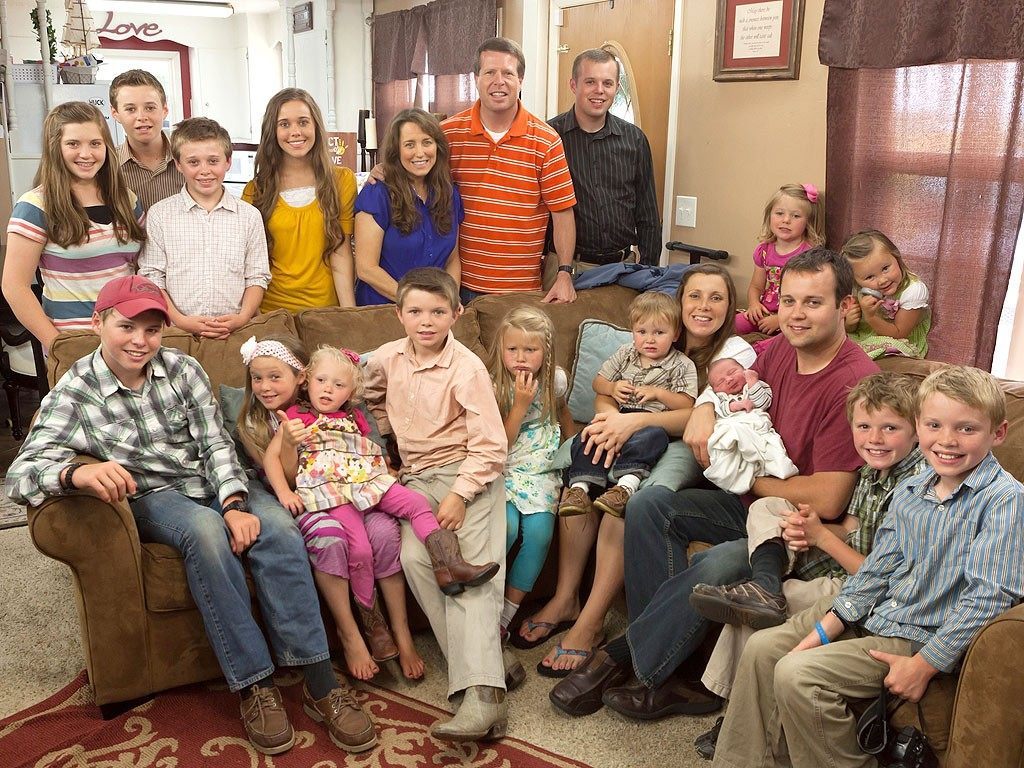 Speaking to Megyn Kelly of Fox News earlier this week, Jim Bob said that due to his previous business, he was familiar with many of the cops in the area. He took Josh to the closest police department, which just happened to be the State Police Headquarters, and spoke to a state trooper who Kelly describes as an “acquaintance” of Jim Bob’s.

According to Jim Bob, Josh told Trooper Hutchens everything. Hutchens gave Josh a stern lecture, and let him go. Hutchens disputes this. He says Duggar only confessed to a single incident involving one victim. He also says that if Duggar had told him the full truth, he would have opened an official investigation.

We’ll probably never know what really happened. What we do know is that Jim Bob and his wife Michelle knew what Josh had done, did not do enough after his first confession to protect their daughters from a second round of molestations, and kept the knowledge of their sons crimes within their faith and  family — with the exception of a state trooper, who at the very least, was friendly with Jim Bob.

By the time law enforcement authorities were prepared to treat Josh’s serial-molestations (more on this below) with the seriousness deserved, the statute of limitations was up. Nothing could be done.

There is no moral world in which any of this is okay. 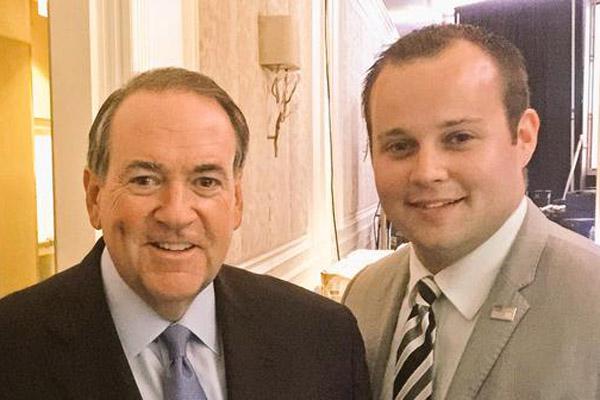 And so it is not lost, I want to repeat something: There is no dispute that, after his first confession to his parents, Josh repeated his crimes at least twice. Jim Bob and Michelle knew what their son had done, knew what he was capable of doing,  and still failed to protect their own daughters.

This is not a small matter. This is everything.

Also inexcusable is the Duggars inconceivably selfish decision to hide this giant, neon family skeleton from the world as they spent years fabricating the false front of an ideal conservative and Christian family, and from behind that false front, sought fame, and national political and cultural influence.

Let’s stipulate that the release of Josh Duggar’s juvenile record was wrong, and that whoever is behind the leak should be punished. Juvenile records are sealed for a reason — a very good reason, and this breach was almost certainly motivated by personal animus and/or partisan political purposes.

Let’s also stipulate that the media double standard in its coverage of Josh Duggar’s admitted molestations, and its non-coverage of Lena Dunham’s disgusting (and admitted) sexual behavior towards her younger sister, is every bit as hypocritical and unjust as Governor Sarah Palin laid out in her superb Facebook post Thursday.

The world is not just.

The media is not just.

The Left is not just.

We all know that.

Can we also agree, then, that the Duggar family knows this.

And yet, despite the fact that they know this, through a 2004 documentary about their family (just one year after the molestation incidents), and the eventual launch of their TLC reality show in 2008, the Duggars manufactured for themselves a special place in our culture, and by doing so based on a false premise, not only put the conservative and Christian cause at great risk, but the political aspirations and careers of public figures like Rick Santorum and Mike Huckabee; both of whom have publicly aligned themselves with the Duggars and are running for the 2016 Republican presidential nomination. 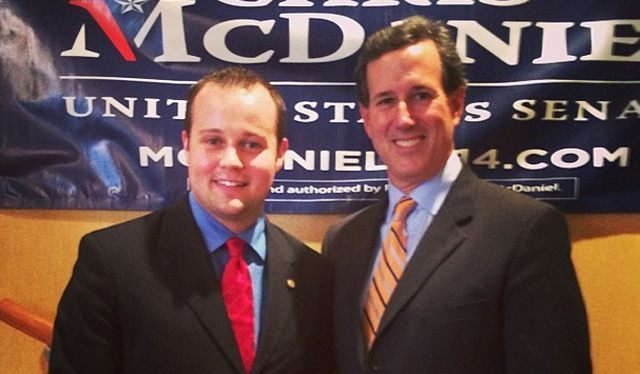 Now, I am in no way equating public relations or political damage to being a victim of a sexual molestation. That is not my point here. But it is worth noting, that while knowing this scandal could be exposed, the Duggars made a number of a number of incredibly selfish decisions that placed innocent people and organizations into a potential wake of destruction.

When questioned specifically on why they would take this risk, during their interview with Megyn Kelly, the Duggars spoke out of both sides of their mouths. Jim Bob said, “We had nothing to hide. … We had no fear. … Everything was taken care of. … The records were sealed. … There was no way this could come out.”

Then they confirmed to Kelly that in 2007, fearing the release of his juvenile records, Josh sued or attempted to sue the Arkansas Department of Human Services.

Obviously the family was worried they would be exposed. Moreover, just two years before the 2008 launch of “19 and Counting,” the roof had almost completely caved in.

As early as 2006, the Duggars knew the risk of being exposed because it was in 2006 that a Duggar family appearance with Oprah Winfrey was canceled after producers were tipped to Josh’s 2002-2003 serial molestations.

In response, Winfrey’s producers did the exact right thing: the appearance was canceled and law enforcement was contacted. This is when the Arkansas police finally took the case seriously, only to discover the statute of limitations made it impossible to take appropriate action.

It is one thing for the Duggars to gamble with their own reputations, cause, and careers. Instead, in pursuit of their own fame and political power, they knowingly gambled with the reputations and careers of others.

Josh Duggar was worried enough about being exposed that he considered legal action against the State of Arkansas to protect himself. Nevertheless, he still chose to risk the reputation of the Family Research Council by assuming the high-profile role as executive director of their lobbying arm.

Jim Bob and Michelle were well aware of what happened in 2006, and still allowed two serious presidential candidates to unwittingly align themselves with them. Good heavens, just days before the scandal broke, Josh published a photo of himself and Scott Walker on his Twitter feed. 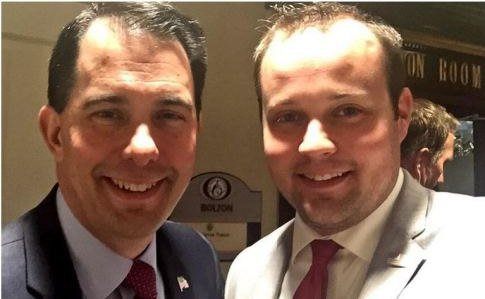 In a 50/50 country, do I even need to spell out how reckless, selfish, and consequential this is?

Listen, I believe in forgiveness. I believe in second chances (though that belief is not as strong for serial-child molesters like Josh Duggar). I believe that through the healing power of Christ mixed with a sincere desire to redeem one’s self, that a person can change and be redeemed. I’ve personally needed and experienced all of that. And I will again.

Simply put, the Duggar family, including Josh, have every right to move past this and live their lives. It would have been just as appropriate, and even a plus for our culture and Christianity, had the Duggars pursued fame and cultural status after going public about what Josh did, and to have used that experience as part of the narrative of their Christian family.

That is not what the Duggars did.

Jim Bob and Michelle not only failed to protect their daughters from a son they knew was a sexual predator, through a lie of omission, they selfishly chose not to protect the Christian cause, people they call friends, and even the fate of the country from the all-too predictable consequences of that lie being uncovered.

As far as Josh Duggar, setting aside his horrific juvenile crimes, what kind of man worries enough about his serial-molestations being exposed to the point of legal action but still accepts a high-profile executive position at an organization like the Family Research Council?

Not a very good one.