Disclaimer: I was provided with a beta code for Call of Duty: Black Ops III by a representative from Activision. This code was provided to me as a member of the press and was not contingent upon any offer of endorsement of this product. The views expressed below are my own.

Call of Duty: Black Ops III looks to be a return to the core Call of Duty experience that many felt last year’s Call of Duty: Advanced Warfare strayed too far from while still introducing a variety of fresh gameplay mechanics that should entice new fans and gamers who have tired of the franchise.

2014’s Advanced Warfare focused on the game’s Exo suits and the enhanced movement they provided, allowing players to boost jump, dodge, and slam into the ground to move around the battlefield. The end result was multiplayer matches where players sprang around the arenas like grasshoppers, making the game feel much faster and twitch-based than the tactical gunfights of past games in the franchise. Black Ops III eliminates the Exo suits but still has its own version of enhanced movement, allowing players to boost jump while controlling the angle and height with which they move in the air, wall-run, swim and fight underwater, and sprint into a running slide to avoid enemy gunfire and close the distance quickly to targets.

The whole system feels smoother and more controlled than Advanced Warfare‘s and is very reminiscent of competitor Respawn Entertainment’s 2014 shooter Titanfall. The movement system allows players to chain together different maneuvers, such as wall-running across a gap in the map to flank enemies and then boost jumping at the end to fire from above. The maps available in the beta also reflect the change in the movement abilities to better suit the system, eschewing Advanced Warfare‘s focus on environmental verticality for more compact arenas with multiple pathways to use wall-running and boosting to move around the maps’ chokepoints. 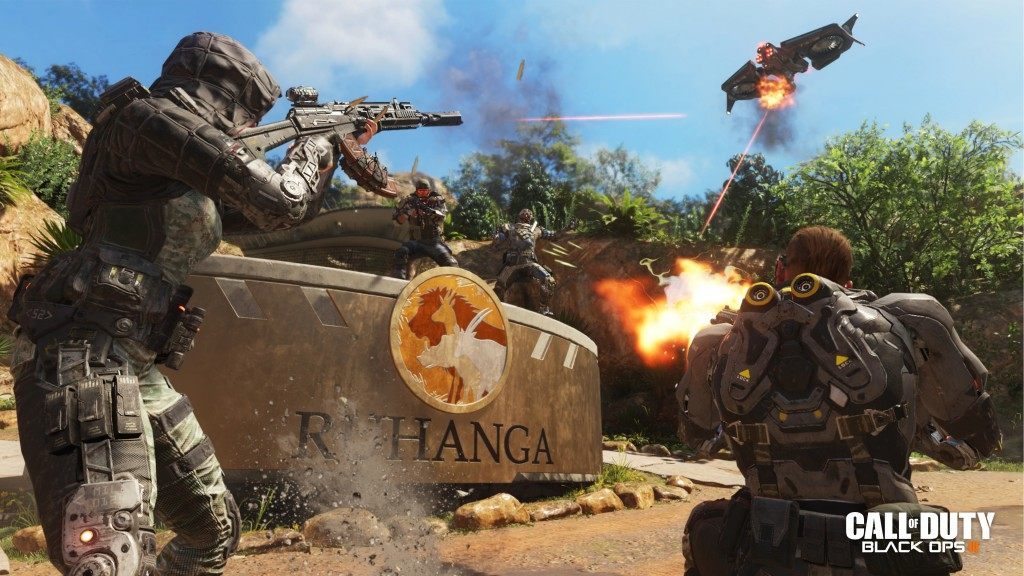 The other major new addition to the franchise, Black Ops III‘s Specialist system, could prove to be the most radical and divisive change to the series’ multiplayer. Players choose from nine unique characters (eight of which are available in the beta), each with their own super weapon and unique ability, although players can only equip one or the other in a match. This weapon or ability is only available after a power meter fills up over the course of the match. The meter charges over time but can also be charged more quickly as the player scores points by killing enemies, completing objectives, or assisting teammates.

The specialists’ unique weapons are extremely powerful, most of them being one-hit-kills and having area-of-effect damage. Some players may be worried that these super weapons will unbalance the multiplayer experience, but seeing as they are on a cooldown and last for only a few seconds, they feel more like a class-specific scorestreak that allows less-skilled players to get a few kills and contribute to their team when normally they wouldn’t be able to chain together enough points to earn some of the game’s more devastating scorestreaks.

I’m personally a big fan of the specialists; they remind me of the criminally underrated multiplayer of Medal of Honor: Warfighter, in which character classes also provided unique weapons, abilities, and equipment. It adds personality to the whole affair and provides for players to tailor their play style dependent upon their preferred specialists beyond just what weapons and gear they choose in their loadouts. Personal favorites for me include the Battery specialist, who can either use a grenade launcher that fires cluster bombs or equip armor that makes them temporarily invulnerable to bullets everywhere below the head, and the Nomad, who can utilize proximity-based nanobot trap pods that will swarm enemies that come too close or use a cloud of nanobots to obscure and resurrect himself upon death. 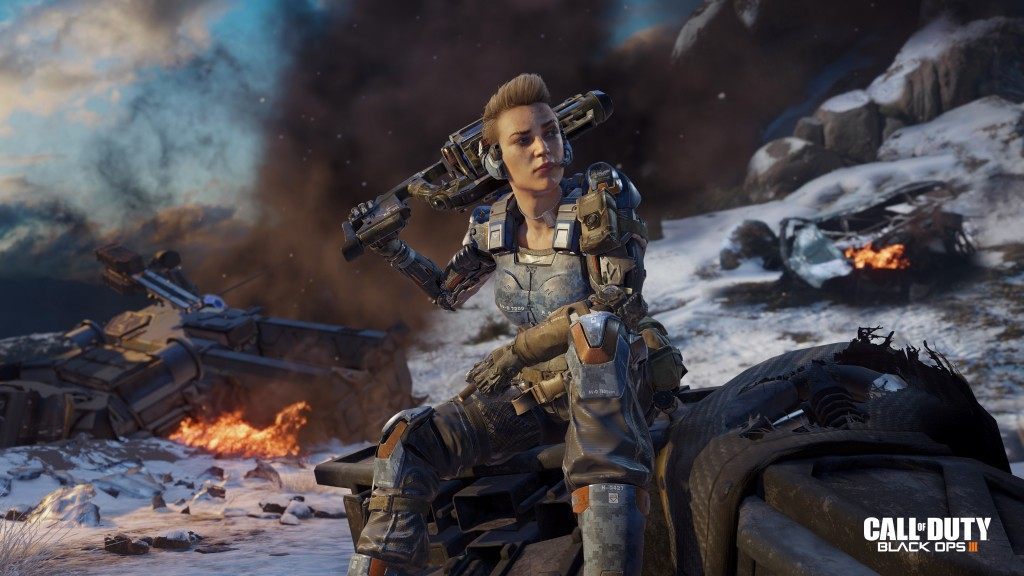 There are a number of other significant changes to the Call of Duty formula beyond the introduction of the game’s specialists and movement system. A number of new perks and scorestreaks have been introduced while others have been eliminated; a new game mode called Safeguard plays similarly to Team Fortress 2‘s Payload mode where one team must escort a robot from one end of the map to their opponents’ base while the enemy team tries to stop them; and there are (mercifully) no grenade launcher attachments for weapons. That’s right, the hated “noob tubes” which have appeared in every Call of Duty title set outside of WWII seem to be gone from Black Ops III.

Overall, the combat feels tighter and more responsive than Advanced Warfare‘s, with much less random bullet-spread when firing. I also prefer the visual and audio design over last year’s Call of Duty entry, with a much more vivid color palette and loud, distinctive weapon sound design. The whole package has me eagerly awaiting Black Ops III release and makes it hard to go back to Advanced Warfare for the next couple of months.

The multiplayer beta for Black Ops III on PS4 ends Sunday at midnight, but Xbox One and PC gamers will get a chance to try the game starting Wednesday, August 26. Call of Duty: Black Ops III releases on November 6 for Playstation 4, Playstation 3, Xbox One, Xbox 360, and PC.