Recently, my Political Punks Podcast cohost and I were talking about Amy Schumer’s movie, Trainwreck. He said, “I just watched this trailer, and it is hands down the biggest feminist cliché I’ve ever seen. The girls act like guys and the guys act like girls. It’s like Bizarro World in Superman where everything is backwards.”

Certainly the previews give that impression, but a recent article made me think the movie actually follows the popular trend of portraying the “strong, independent woman” who is actually miserable. Regardless of what you think of Lena Dunham or her show Girls, you can’t deny that their awful behavior doesn’t lead them to be happy and it’s not portrayed that way. The former version of myself that I wrote about in Finding Mr. Righteous certainly wasn’t happy. On National Sentinel, Jennifer Van Laar wrote:

Fast forward to 2015, and Amy Schumer’s character in “Trainwreck” becomes more feminine – and cheerleader-ish – to attempt to achieve the “happily ever after.” And… critics pan that metamorphosis, too.

In the modern rom-com, the male is expected to change in every way possible (read: become less male) to get the girl. But if the female changes the slightest thing about herself, that’s somehow wrong.

…Even as she’s doing the traditional man’s job, she’s also running towards the conventional wisdom that equates happiness with being someone’s other half.

No one can define another’s person’s happiness, but it’s the feminist movement that promotes one version over another. For example, here’s a recent Washington Post headline: “It turns out parenthood is worse than divorce, unemployment — even the death of a partner.” Yes, that’s just the headline.

So, let’s raise a glass to the “feminist” role models who got the happy endings their fellow sisters didn’t want them to have. Here are my favorites:

Peggy had one of the best character transitions on Mad Men (and perhaps any show for that matter). This can best be seen in the difference between her first time moving into an office with a door… 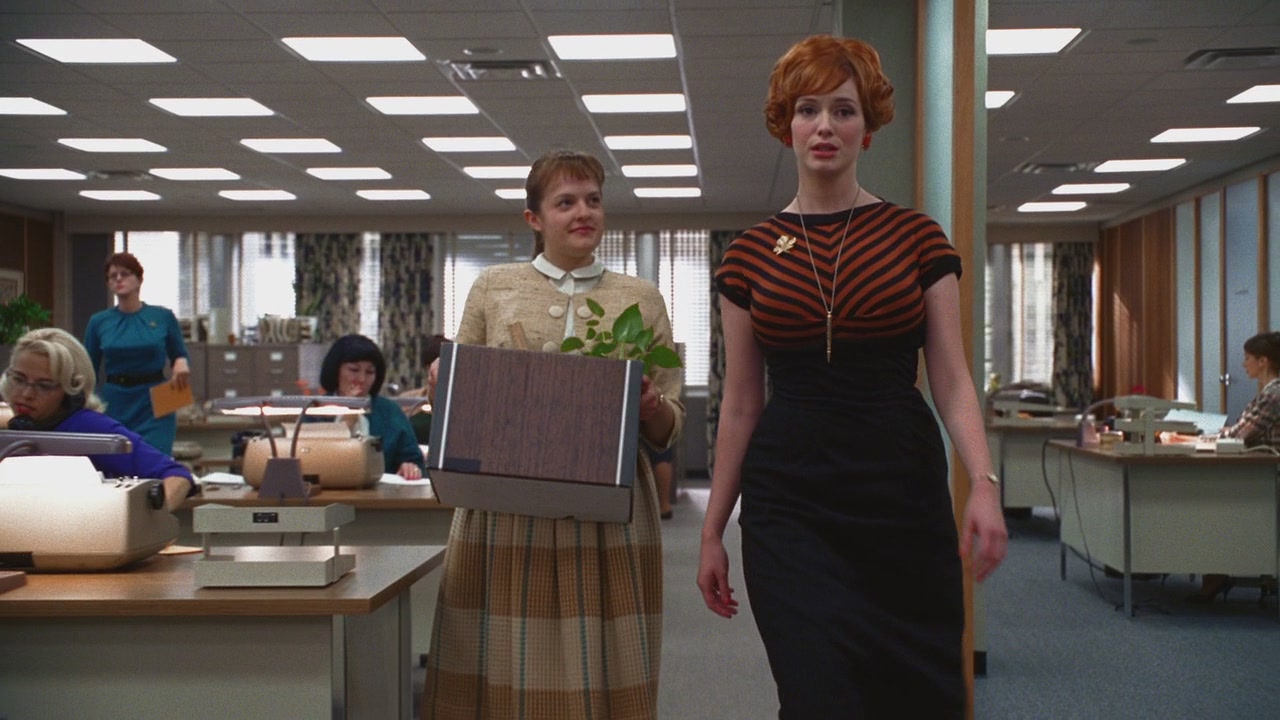 …and her last scene moving into a new office.

Throughout the series, Peggy stumbled when it came to career and dating—even motherhood. Feminists want Peggy to be fulfilled without the “trappings” of children and a romantic relationship. In the end, she felt the pangs of motherhood lost and the joy of finding someone who accepted her at her most successful and most vulnerable.

Miranda Hobbs, Sex and the City

Throughout the series, Miranda was a cliché of the tortured feminist. Nearly every interaction seemed to be written to reinforce her worldview. Do bankers, real estate agents, and bureaucrats really continually hound a woman for being single and buying a place on her own?

Miranda eventually has a baby (after considering an abortion), cuts her work hours because she can’t bear not being able to put him to bed at night, marries the baby’s father, and moves to the city’s version of the suburbs (Brooklyn). Sure, Miranda complains and nags along the way, but she found herself yearning for the same life events her feminist sisters decry.

Author and creator J.K. Rowling said that below her snottiness, “there is a lot of insecurity and a great fear of failure” for Hermione. Many feminists’ share these qualities judging by their overt judgment of conservative women. However, Hermione is not really the cliché feminist because her self-worth comes from her achievements, not from bringing others down. She is just as frustrated when her male friends, Harry and Ron, don’t live up to their potential.

The feminist ending may have had Hermione as a Hogwarts professor, but her final experiences show her still with Ron and the mother of two children. As the Harry Potter series progressed, not only did she embrace her intellect, she embraced her femininity. It never occurred to Hermione that she couldn’t be both.