Singer Beyoncé Knowles brought black liberation politics to the Super Bowl halftime show Sunday in a performance that appeared to pay tribute to the Black Panthers.

At one point during the performance, the dancers formed an X seemingly in tribute to black Muslim activist Malcolm X and raised their fists in the “black power” salute. 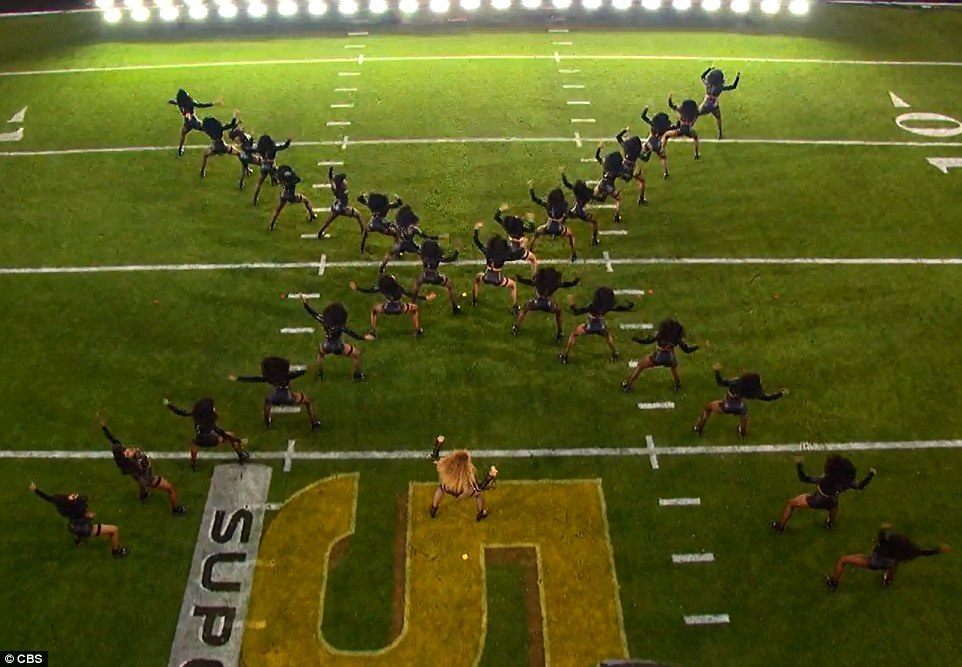 The choreography wasn’t restricted to the football field; the halftime show was part of a marketing plan that put out messaging across multiple platforms, from social media to mainstream media.

A picture posted to Twitter also showed several of the performance’s backup dancers giving the black power salute while holding a sign reading, “Justice for Mario Woods.” Woods was shot by police after refusing to drop a knife in 2015. 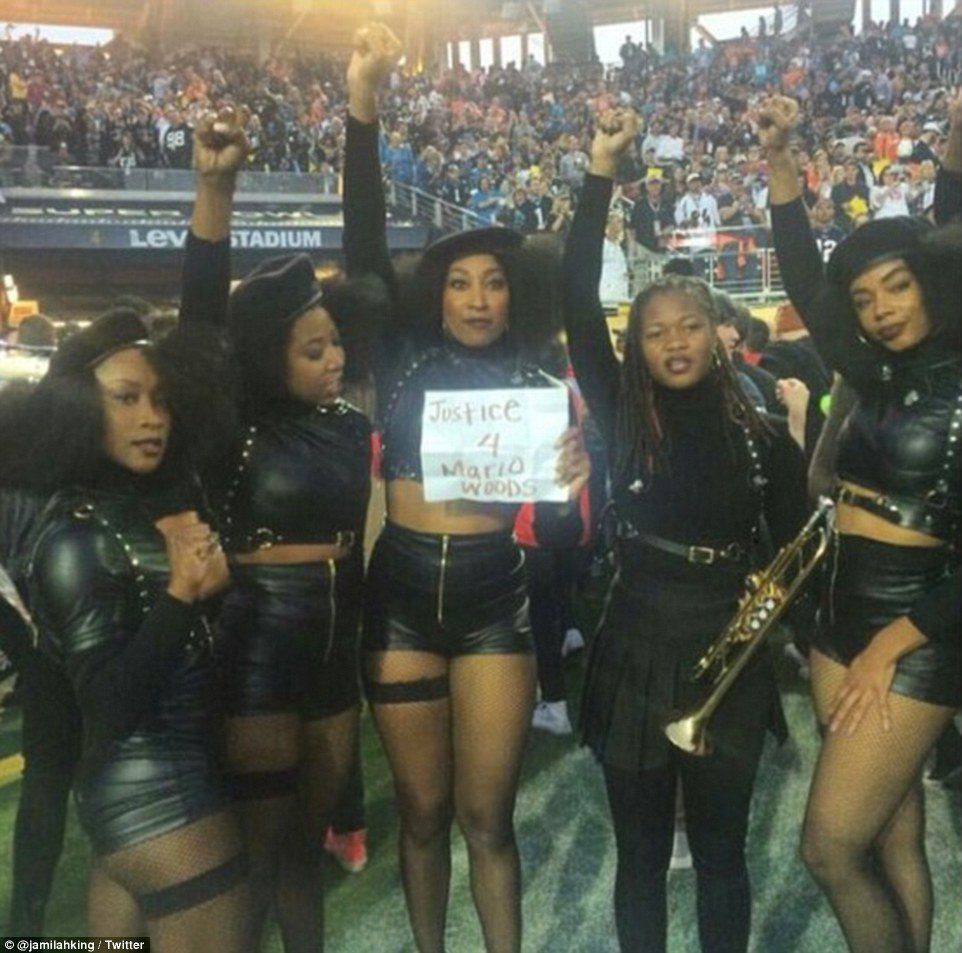 On Saturday, Knowles suddenly dropped the music video for her new song “Formation.”

As Breitbart News reported, the video contains sequences involving white police officers harassing young black people, including a shot of graffiti that reads “stop shooting us.” The video also shows Beyoncé lying on a flooded New Orleans police car, in a reference to the Katrina disaster that many blame on George W. Bush. 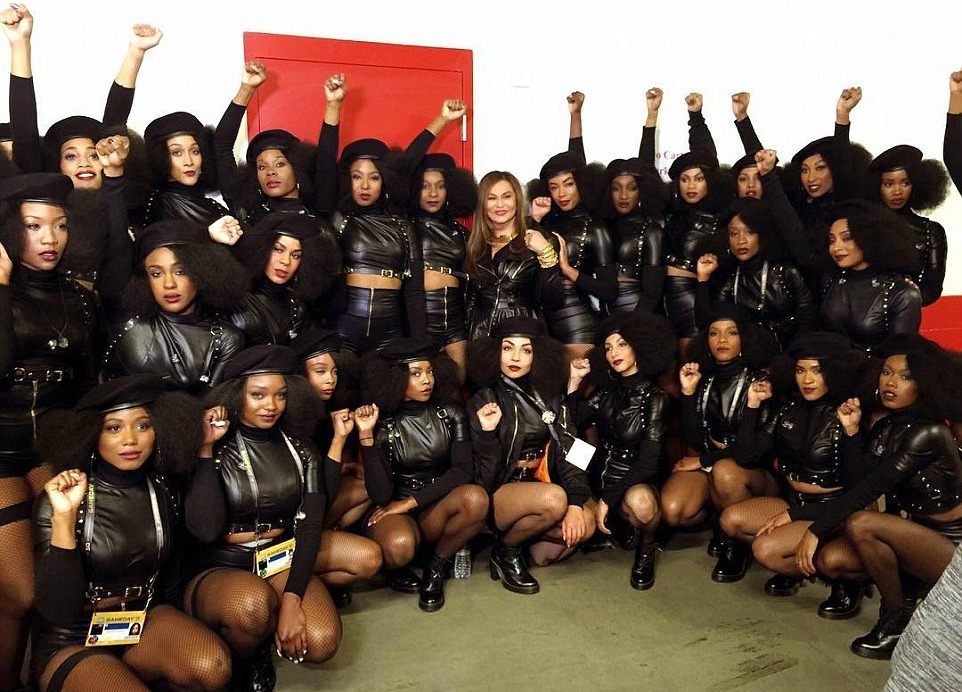 Although Beyoncé was trying to capture headlines by using politically incendiary imagery, the songs lyrics are mostly about black identity, a theme that goes back to songs like James Brown’s “Say It Loud – I’m Black and I’m Proud.” Lyrics from the Beyoncé song include:

You mix that Negro with that Creole, make a Texas Bama

However, in 2016, black people being unashamed of being black is hardly newsworthy. Beyoncé grew up in comfortable middle-class surroundings, in a world created by unapologetically black artist and athletes like James Brown, Richard Pryor, and Muhammad Ali. 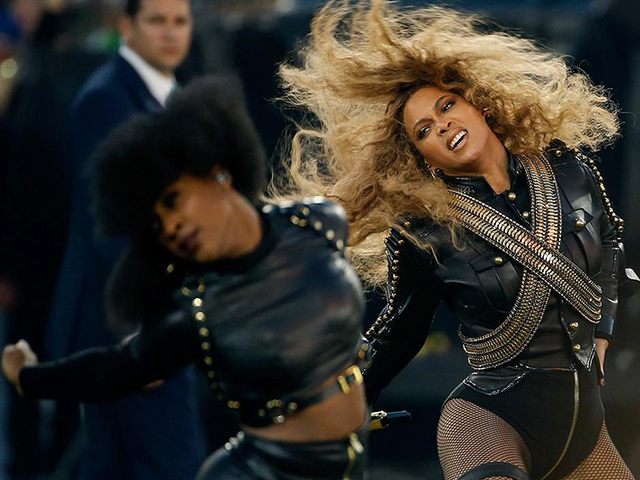 The irony, of course, is that Beyoncé Knowles and Jay-Z owe their success to the capitalist system the leftist Black Lives Matter movement is intent on destroying. Jay-Z’s story of going from rags to riches is well-known, as he went from being a drug dealer in the projects of New York to becoming an entertainment star and entrepreneur. Beyoncé is the child of a small business owner and a sales manager for Xerox. Both biographies fly in the face of the Black Lives Matter narrative that black people somehow need to be “liberated” from the free market.

As Breitbart News has exhaustively shown, the Black Lives Matter movement is merely the latest incarnation of the radical left’s activist community.  The revolutionary communist anti-police group pays homage to convicted terrorist Assata Shakur at every event and cites the communist Black Panthers as a key influence. 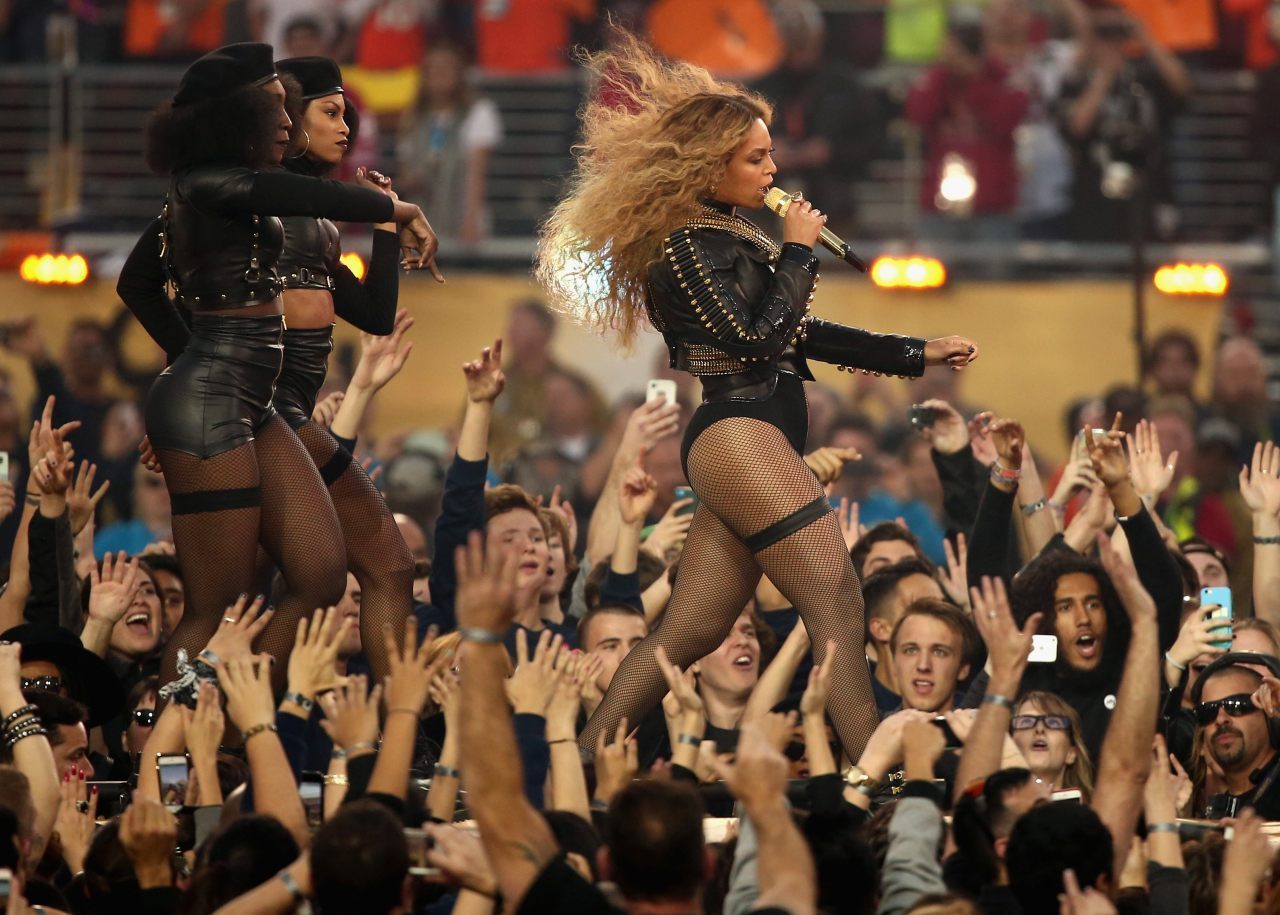 However, both Jay-Z and Beyoncé demonstrated a keen understanding of how to profit from the leftist-created culture wars in the United States.

Beyoncé Knowles announced her new “Formation” stadium tour immediately after the performance at the Super Bowl. Presale tickets for the European and American tour go on sale tomorrow.