I recently had the opportunity to speak with the director of the Human Centipede trilogy, Tom Six, about political correctness, censorship, fashion, and his upcoming film The Onania Club.

Charlie Nash: Do you think censorship and public outrage is becoming a prominent problem again in society? Have you faced any censorship issues while trying to maintain complete creative control over your movies?

Tom Six: Absolutely! Society has grown to a disgustingly mediocre and politically correct way of thinking. Like, the movie world only makes play-it-safe movies now. In Hollywood it is all about a producer with a calculator who wants to please everyone and is only concerned about making money. They have a system where you can type in words like “Brad Pitt” and “Action” and the computer will calculate the box-office. I think it is the worst way to make movies, that is not what film-making and art is all about. I believe in movies that bite, burn, shock, hurt, and are unconventional. Where a filmmaker is still a warrior fighting the mediocrity. I want audience to smell the dirty laundry.

In the UK, censors cut many minutes from The Human Centipede 2 by law. It feels like I made a comedy and they cut out all the good jokes. It’s appalling. Nobody is forced to see a movie. Give audiences their own choice to watch it or not. The upside is they make great free worldwide publicity for me and they are losing their grip, like standard distribution companies lose their power because of the internet. So I’m unstoppable and I keep making the horrific movies I wanna make. 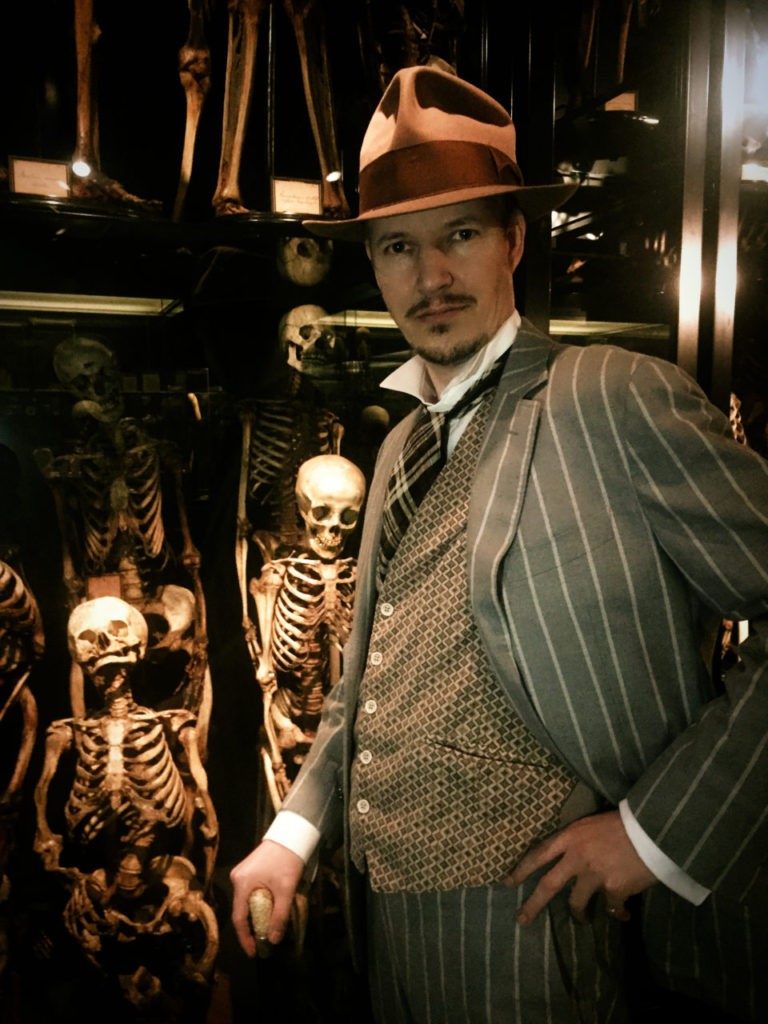 CN: Your new horror flick The Onania Club is coming out soon. Will your fans be even more horrified by your new movie than they were with the Human Centipede trilogy? Have you managed to achieve the impossible by outdoing your previous films?

TS: The Onania Club is a totally different movie than my human pedes. I want to stay very original, like all pede parts were totally different. I don’t consider my movies typical horror films, but they are horrific and have pitch black humor (I came up with the Vanta black genre, meaning the blackest black possible). The Onania Club will go beyond everything evil you have ever seen on a psychological level. But I don’t shock just to shock. It’s just the way I think, and trust me it will divide audiences again from intense love or intense hate. It will certainly have a huge impact and stir things up, exactly the way it should be in these awful politically correct times. It will be a bit of polluted air in fresh environment.

CN: What would you say to the people who want to censor or shut down movies that try to push the envelope and shock audiences?

TS: I want to Human Centipede them. My dear people, it is a fucking movie. It is all fictional. Not real. It is all make-belief. It’s art. Don’t treat grown-ups like children. Let people decide for themselves whether they want to see a movie or not. Nobody is forced to watch movies. Fuck them!

CN: You have an impeccable fashion taste, and have become almost as well-known for your vintage fits as your movies. What brands are your favorite?

TS: I do not care for brands. I don’t want to pay them a lot of money for free advertisement. I love to shop at vintage stores or have my suits made. I love bespoke suits and when I buy a vintage suit, I will have it adjusted by my Amsterdam tailor. For me style is everything! I am decaying in style. What the hell happened? In the 40’s and 50’s people dressed great, but nowadays people walk around dressed like homeless people. I wish there was a fashion police that would execute people who wear torn denim jeans when not working in the coal mines and baseball caps backwards when not playing baseball.

Read some of Charlie Nash’s previous exclusive interviews below: