Above Griffin’s head in the Conway-roasting cartoon is a caption that reads, “Alternative fact: we are the smartest comedy on Television.” 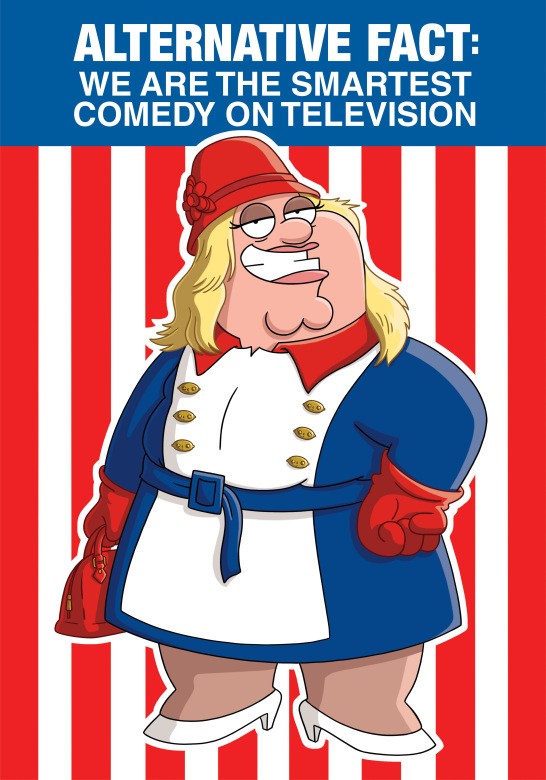 Conway’s inauguration ceremony outfit was the subject of much mocking by members of the mainstream media and many Hollywood celebrities.

Griffin was a Donald Trump doppelgänger dressed with a deep orange tan and a blonde hair-do below a caption that read: “As long as we’re voting for dumb loudmouths, can I get an Emmy?” 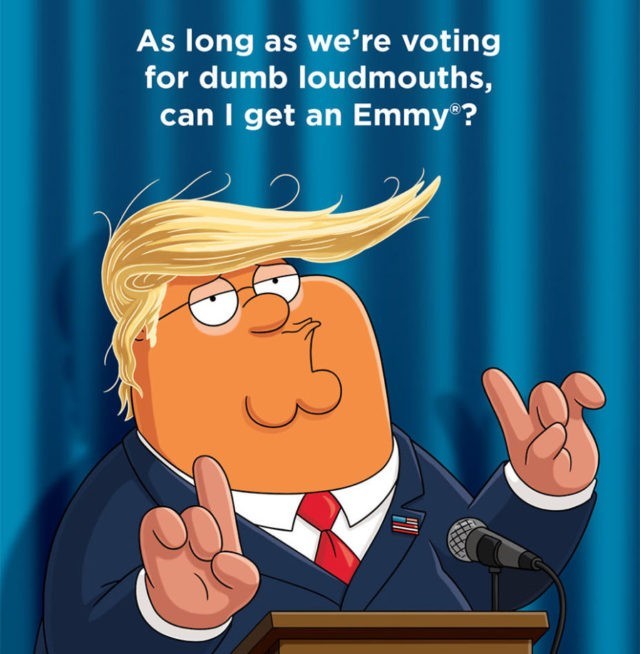 The artwork was panned by Facebook users, who flooded the Family Guy Facebook page with critical comments.

The show’s Emmy mailers have stirred controversy in the past. In 2012, the show’s mailer featured Peter Griffin with a captioned message to Emmy voters that read: “Come on, you bloated, overprivileged Brentwood Jews. Let us into your little club.”

Family Guy, which is currently in its 15th season, has never taken home an Emmy in the coveted Outstanding Animated Program or Outstanding Comedy Series categories.