Game of Thrones creators David Benioff and D.B. Weiss have set their next project at HBO.

Titled Confederate, the series explores an alternate history of America in which the South succeeded in seceding from the Union during the Civil War, and in which slavery is still legal and has become an accepted institution, according to Deadline.

According to a brief description of the new series from HBO, the series takes place during the “Third American Civil War” and follows the lives of “freedom fighters, slave hunters, politicians, abolitionists, journalists, the executives of a slave-holding conglomerate and the families of people in their thrall.”

In this alternate history, the Mason-Dixon Line has been turned into a demilitarized zone. 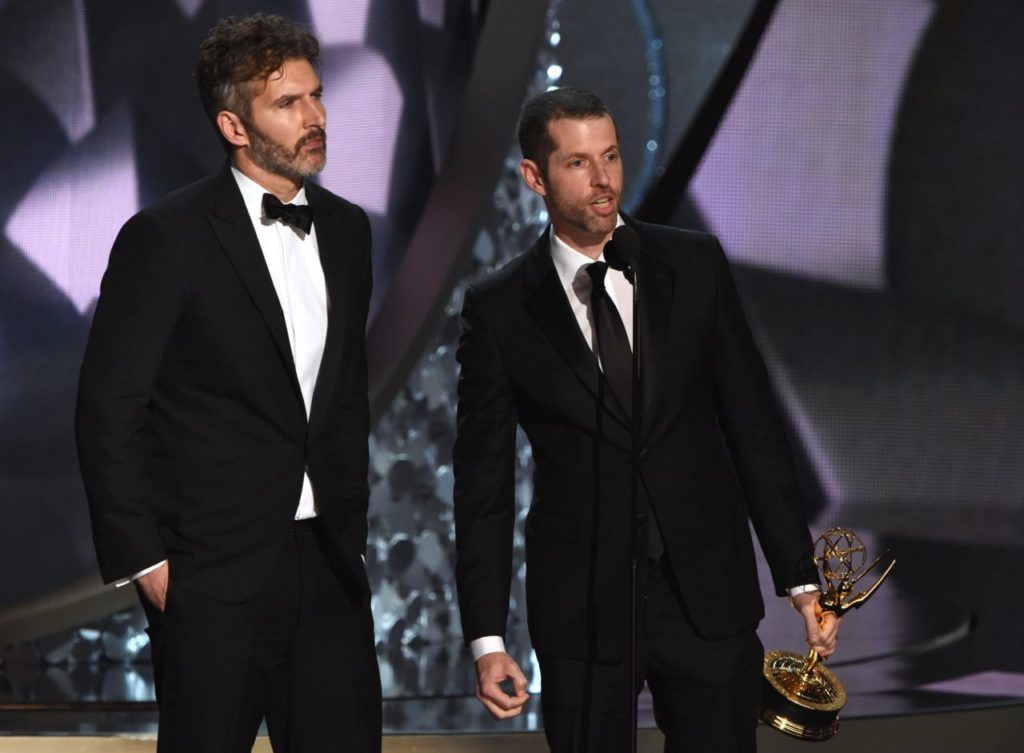 Writer/producers David Benioff (L) and D.B. Weiss accept the Outstanding Writing for a Drama Series for “Game of Thrones” episode Battle of the Bastards during the 68th Emmy Awards show on September 18, 2016 at the Microsoft Theatre in downtown Los Angeles. / AFP / Valerie MACON

“We have discussed Confederate for years, originally as a concept for a feature film,” Benioff and Weiss said in a statement. “But our experience on Thrones has convinced us that no one provides a bigger, better storytelling canvas than HBO. There won’t be dragons or White Walkers in this series, but we are creating a world, and we couldn’t imagine better partners in world-building than [executive producers] Nichelle [Tramble Spellman] and Malcolm [Spellman], who have impressed us for a long time with their wit, their imagination and their Scrabble-playing skills.”

Production on Confederate is expected to begin after Game of Thrones wraps its seventh and final season.