Actress and political activist Alyssa Milano has launched a website aimed at providing voters with tools to contact their Congressional representatives to urge them to hold President Donald Trump and his administration “accountable” for supposed “collusion” with Russia during the presidential election.

With the social media hashtag #PatriotNotPartisan, Milano and actor Misha Collins told the Daily Beast their new initiative “allows you to contact your representative, via phone, email or video, and demand they take action now” and “hold the Trump administration accountable for collusion with Russia.”

“It’s very easy to sit behind our computers and bitch about the administration, but in everything I do I want to empower people to make a difference and know in themselves that they can make a difference,” Milano said.

Are you as angry as I am that our reps aren't holding the Trump Administration accountable for the collusion w/ Russia? #PatriotNotPartisan

The Who’s The Boss and Charmed star’s comments come in the midst of a media-driven obsession with the Kremlin’s involvement in U.S. elections. While no evidence of wrongdoing on President Trump or his team’s behalf has been brought forth, both the House and Senate Intelligence committees have launched investigations, and former FBI Director Robert Mueller is leading a separate investigation.

“And this concept of ‘collusion’ and Russia is a very obscure concept for people to really grasp, so I hope this campaign puts into words what’s really going on in a simple way so that other people can grasp the concepts,” the actress explained.

Let's do this, America! 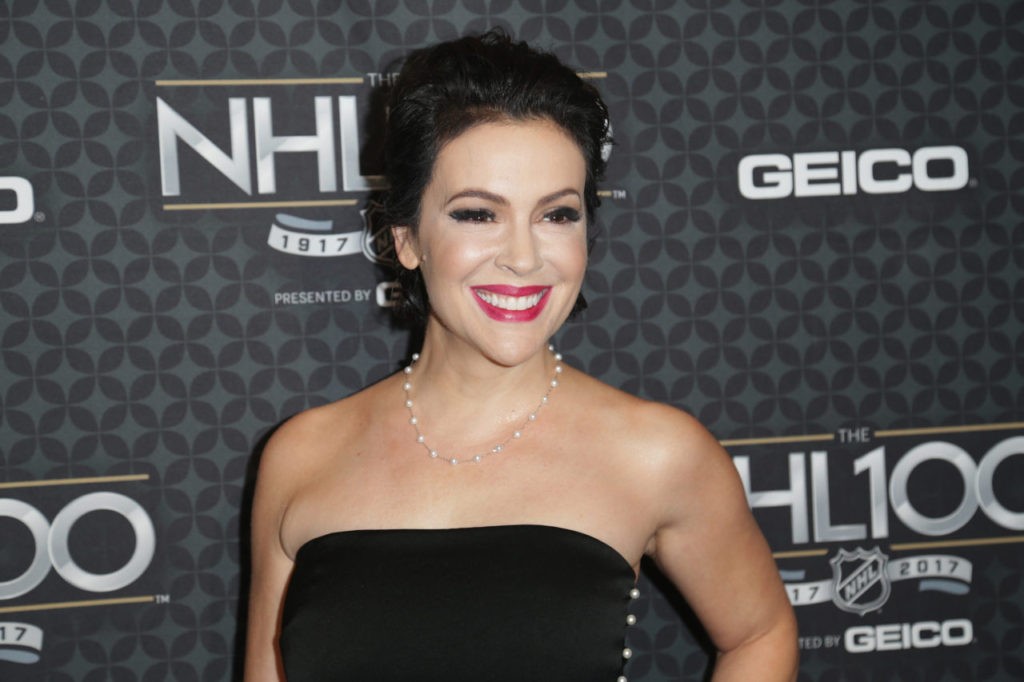 Actress Alyssa Milano arrives at the NHL 100 presented by GEICO Red Carpet as part of the 2017 NHL All-Star Weekend at the Microsoft Theater on January 27, 2017 in Los Angeles, California. (Leon Bennett/Getty Images)

Milano also lamented what she calls the “far-right” who she says have “hijacked” the true meaning of patriotism.

“In particular, this idea of ‘patriot not partisan’ is very near and dear to my heart because I feel like the far-right has hijacked the word ‘patriot,’ and it upsets me. I’m not any less of a patriot because my ideas are different,” she said.

Milano, an early Ossoff supporter, personally drove voters to polling sites for the Democrat during the April  preliminary election.