In an appearance on BBC Radio 1, Jay Z said Americans “are resilient, especially us as black people and especially the culture.”

“We’ve been through so much more than this guy,” Jay Z said of President Trump. “This guy, I’m looking at him like, man, this is a joke, with all — I can’t even say with all due respect — with all disrespect.”

The rapper-turned-television super-producer said Trump is not a “sophisticated man,” saying the president doesn’t understand the idea that not everyone in America is free.

“Until everyone is free, no one is free. Period. That’s just a fact,” Jay Z said.

“We are all linked some kind of way. So if you oppress a certain people, everyone is in danger, karmically and in real life,” he said, alluding to high-profile instances of law enforcement officers killing black men. “If I’m being oppressed and you have this big, nice mansion, I’m coming inside there. That’s gonna happen, that’s just how life is.”

“I don’t think that this is happening if we weren’t prepared to handle it,” Jay Z said, referencing the Black Lives Matter movement and white supremacists in America. “I’m just looking forward to what’s next after that, because usually when things are darkest, then light is on its way. I’m not fearful.” 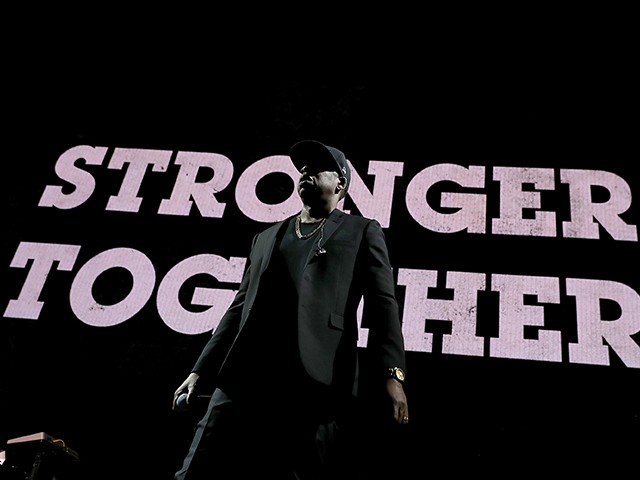 In January, Jay Z said the anti-Trump Women’s March movement was proof of the left’s enduring “power” in America.

“We have to organize. I’ve been in these meetings, I’ve spoken with people, I’ve done many things behind the scenes, but most important: We are the power!” he said.

The rapper recently reportedly turned down an offer to perform in this year’s Super Bowl halftime show, in solidarity to former NFL quarterback Colin Kaepernick.