The highly-anticipated TV return of Will & Grace Thursday was slammed by several fans of the NBC sitcom as being “too political” in its first primetime episode in 11 years.

“I say this as someone who is not AT ALL a Trump fan…. Too much hate and politics in this episode,” wrote one Facebook user in the comment section of the Will & Grace Facebook page.

“I loved the parts not about him that reminded us why we love these characters and their quirks and personalities,” the user wrote. “I hope in future episodes the show will not focus so much on him and politics in general and get back to the basics that made it great in the first place — the relationships and the shenanigans and the characters we love.”

The late 90s-early 2000s Emmy-winning show has historically been about some level of politics, as it featured primetime TV’s first openly gay male characters in lead roles. The show scored its revival after series stars Eric McCormack (Will), Debra Messing (Grace), Megan Mullally (Karen), and Sean Hayes (Jack) reprised their roles last September for a ten-minute scene meant to encourage people to vote. That online video was replete with swipes directed at then-candidate Trump.

Series co-creator David Kohan had assured fans in June that the show’s revival would not be “an opportunity to preach.”

“Anyone who needs to be preached to is not going to be listening, so that’s not the purpose. And I don’t think it’s helpful, quite frankly, I really don’t,” Kohan told The Hollywood Reporter at the time. 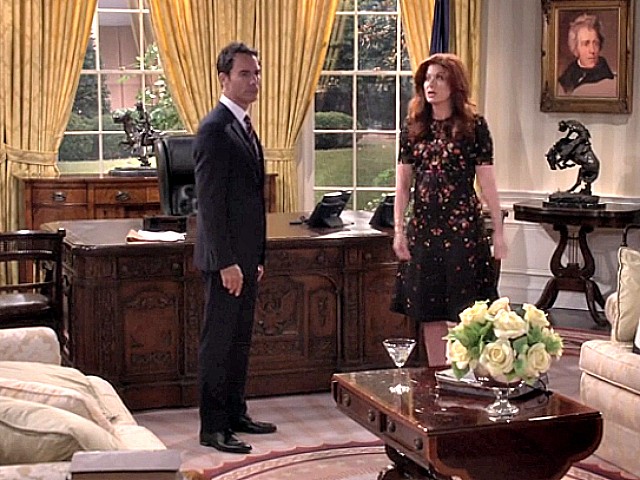 As it were, the opening scene of the revival episode was full of wise cracks aimed at conservatives and Republicans.

Audiences saw Will and Grace and the gang visit the White House which led to an avalanche of political jokes. Audiences saw Jack and Will being hit on by a gay secret serviceman, there were jokes about Melania Trump, Russia, and Trump’s “orange” skin. There was a “Make America Gay Again” hate, and a not-so-subtle message about the importance of social activism in the Trump era. 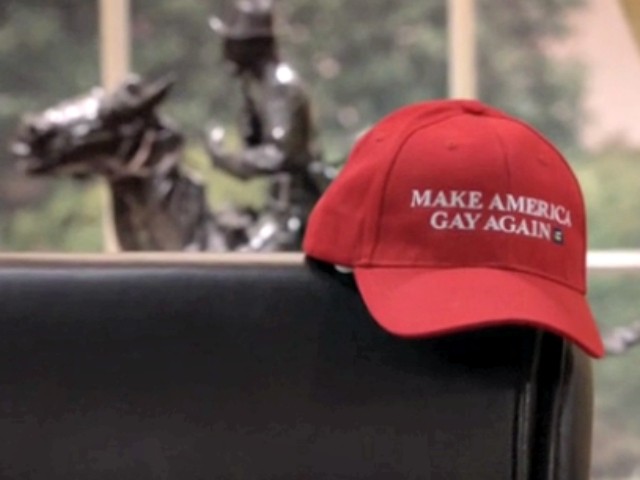 But all the political jokes about “fake news” and “lock her up” didn’t go over well with those audience members who seemed to be seeking an escape from politics.

“Glad to see I’m not the only one who was a little disappointed in tonight’s episode. Leave politics out…we hear enough about that crap on a daily basis..” one Facebook user wrote in the comment section of the Will & Grace Facebook page.

“I love the show but they need to keep the politics out of it. This was a very poor opening for their comeback,” a Facebook user wrote.

“LOVED seeing everyone together again, but I do agree, it was too political,” one user wrote. “But I’m looking forward to seeing what’s ahead!”

“I hope the show gets better from here,” another fan said. “What show doesn’t attack trump? I’m so tired about hearing about him. Hopefully the old style Will and Grace will be back soon.”

Other fans of the long-running NBC show reveled in all the anti-Trump comedy.

“Karen sitting like Kellyanne is EVERYTHING. #WillAndGrace,” one fan tweeted.

“Re: Oval Office: ‘I need to make sure the drapes work well with his coloring” *opens up a bag of cheetos* I can’t!!'” tweeted another.

“A Russian English dictionary and a forget spinner. #Cheetos I lost it!” another fan wrote.