Actor Bambadjan Bamba revealed his illegal immigration status in an interview Tuesday and outlined his efforts to push powerful Hollywood figures to fight for the kind of amnesty program currently being debated in Congress.

“I’m going public first and foremost because I’m sick and tired of living in fear and hiding about this issue,” Bamba told Variety.

The 35-year-old actor was 10-years-old when he moved to the United States with his parents from the West African country of Ivory Coast. Bamba realized his illegal status while applying for college. Barred from receiving financial aid, the then-budding actor drove a cab to help pay for drama school. Now he’s organizing for himself and the estimated 800,000 people who illegally entered the U.S. with their parents as children and who had been previously shielded from deportation, thanks to Obama’s controversial Deferred Action for Childhood Arrivals (DACA) amnesty program — a decision President Donald Trump rescinded earlier this year.

“I’ve kind of been in this status for 25 years of my life. I remember when the administration decided to cancel DACA — that was the last straw for me because not only am I married, but I have a daughter now. I didn’t feel like I could still sit back and keep hitting the snooze button,” Bamba said. 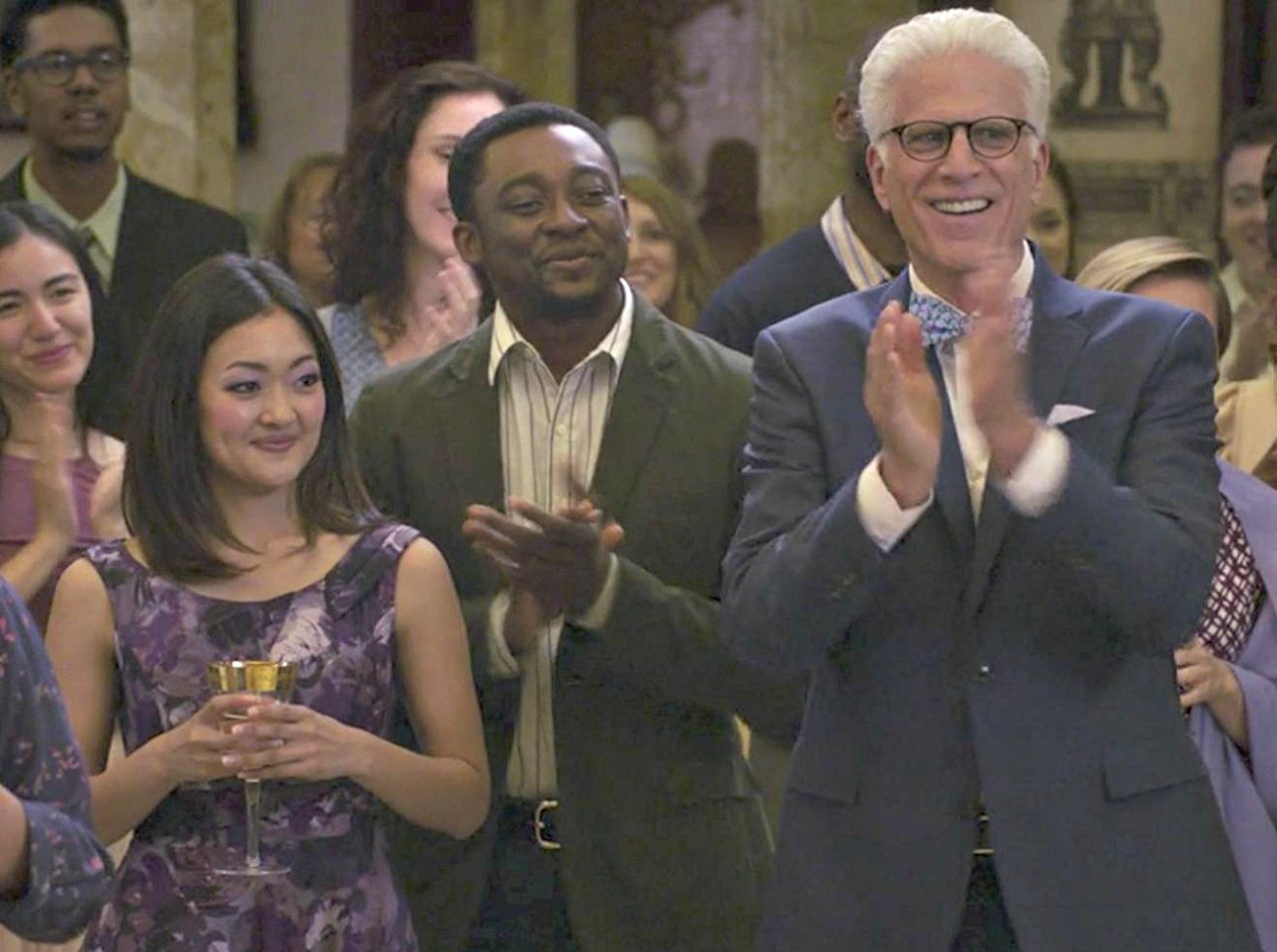 Ted Danson and Bambadjan Bamba in The Good Place (NBC, 2017)

Bamba — who has had a reoccurring role on NBC’s hit sitcom The Good Place and is set to star in Marvel’s latest superhero blockbuster Black Panther — says “because Hollywood is so powerful and can change culture, I hope that they would stand with me not just on social media but take concrete actions.”

“Hollywood can play a big part in at least changing policy so that it can be easier for actors to work in Hollywood,” he said.

Armed with a petition asking Hollywood to “join the fight and stand with immigrants in the industry,” Bamba says “My goal is to get a clean Dream Act passed. That’s what we are all fighting for right now.”