Rap megastar and fashion icon Kanye West opened up to the New York Times about the planet-wide uproar he caused after showing public support for President Donald Trump and advocating that people break free from their “mental prisons.”

“There were people who said Trump would never win,” Kanye said, explaining the mindset he had during the week in April that saw him encouraging his 30 million Twitter followers to challenge the “thought police” and embrace “freedom of thought.”

“I’m talking about the it-will-never-happens of the world, people in high school told you things would never happen,” West said.

“I felt that I knew people who voted for Trump that were celebrities that were scared to say that they liked him. But they told me, and I liked him, and I’m not scared to say what I like,” West said. “Let me come over here and get in this fight with you.”

West’s decision to don a Make America Great Again hat brought on an avalanche of hate. Celebrities called him a “lunatic,” California rapper Daz Dillinger issued a state-wide death threat, a Detroit radio station banned all of the Grammy-winner’s music, late-night host Stephen Colbert questioned his mental state, and a petition was launched urging Adidas to cut ties with West. 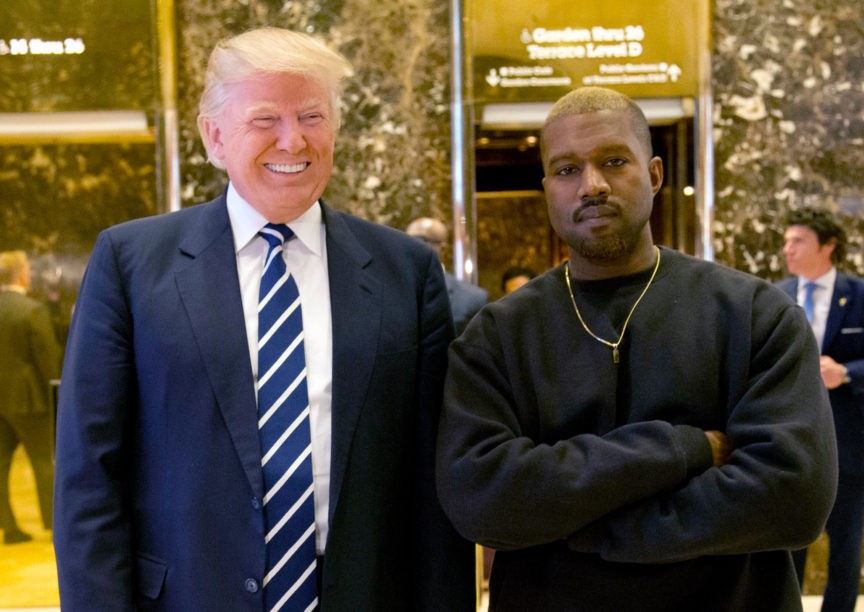 In this Dec. 13, 2016, file photo, then-President-elect Donald Trump and Kanye West pose for a picture in the lobby of Trump Tower in New York.  (AP Photo/Seth Wenig, File) 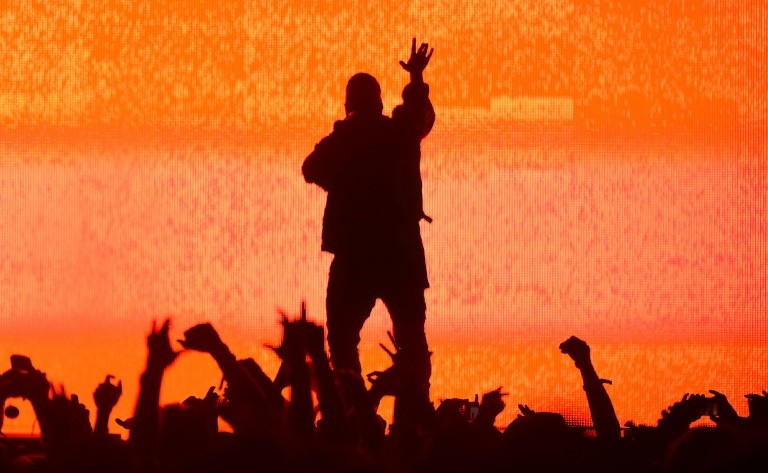 But the social, cultural, and racial pressure placed on a black people to vote or think a certain way was nothing new for West, who said he’s been an independent thinker for decades.

But when it came to supporting Hillary Clinton over Donald Trump, with whom he later said he shares “dragon energy,” West said he felt repulsed by the idea that he was somehow obligated to support a political candidate simply because it was something that black people were expected to do.

“But do you think there are a lot of husband-and-wife situations where the husband in the household liked Trump and voted on Trump and maybe the wife didn’t, or vice versa?” West asked. “Man, I had my [expletive] [expletive] castrated: “You have to like Hillary. That’s got to be your choice.”

“Because you’re black, because you make very sensitive music, because you’re a very sensitive soul, it was like an arranged marriage or something,” the “Ye” rapper said of supporting Hillary Clinton. “And I’m like, that’s not who I want to marry. I don’t feel that.”
“I believe that I’m actually a better father because I got my [expletive] voice back, I’m a better artist because I got my voice back,” said West, who is the father of three with his wife Kim Kardashian. “I was living inside of some universe that was created by the mob-thought, and I had lost who I was, so that’s when I was in the sunken place. You look in my eyes right now — you see no sunken place.”

West — who, two weeks after Trump won the election, told a Sacramento, California, crowd on his Saint Pablo Tour that he would’ve voted for the real estate mogul — told the Times, “I hear Trump talk and I’m like, I like the way it sounds, knowing that there’s people who like me that don’t like the way it sounds.” 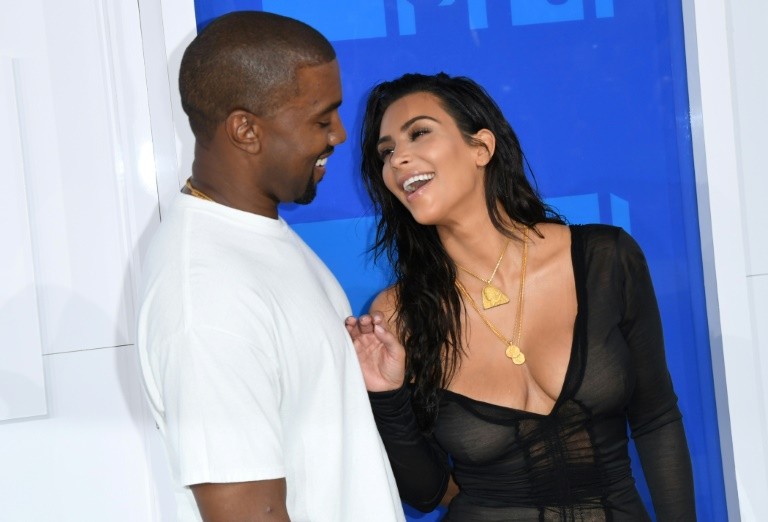 While never offering specifics about those Trump platform planks he does support, West said, “I don’t agree with all of his policies.”

Mere days after prompting politically induced pandemonium with a few tweets, West had sparked a hotter uproar during an appearance on TMZ, in which he attempted to communicate the idea that people are too focused today on living in the past and are willfully keeping themselves — enslaved — in mental prisons of the past.

“I said the idea of sitting in something for 400 years sounds — sounds — like a choice to me, I never said it’s a choice. I never said slavery itself — like being shackled in chains — was a choice,” West told the Times. “That’s why I went from slave to 400 years to mental prison to this and that. If you look at the clip you see the way my mind works.”

Indeed, the deluge of disdain seemed constant — but West was still sitting on top of an enormous amount of credibility as a musician, who had for decades delivered a pure product to a seemingly all-forgiving black fan base to whom his antics were not new.

And, like clockwork, West earned his eighth consecutive number one album on the Billboard 200 chart. The 41-year-old, it’s safe to assume, didn’t doubt the success his eighth studio album garnered.

“It’s not going to happen,” West said when asked if he thought black people would ever abandon him over his myriad missteps. “Like I said, wouldn’t leave. Like yes, got a bunch of different opinions. You’re not always going to agree, but they’re not going to leave.”