The rebooted Jumanji franchise, which unexpectedly flourished against box office under-performer Star Wars: The Last Jedi last year, has announced Jumanji 3 will open on December 13, 2019 —  just one week prior to the opening of Star Wars: Episode IX.

So much for Star Wars being the 900-pound gorilla, no one wants to mess with.

Jumanji: Welcome to the Jungle, a reboot/sequel of the 1995 Robin Williams-starring hit, came out of nowhere in December 2017 to gross an astonishing $404 million domestic, and nearly a billion dollars worldwide. The PG-13 blockbuster starring Dwayne Johnson, Kevin Hart, and Jack Black, now stands as the biggest hit in Sony’s history, beating all those Spider-Man movies.

What made Jumanji 2‘s box office prowess even more impressive was that it hit theaters just five days after Disney’s Last Jedi, and more than held its own. This not only revealed the enduring popularity of Jumanji and its star Dwayne Johnson, it proved that audiences were nowhere near as fond of Last Jedi as they were of its predecessor, 2015’s The Force Awakens.

Whereas The Force Awakens would go on to earn almost four times its opening $247 million weekend and dominate the box office for weeks, Last Jedi flamed out quickly (earning $300 million less than The Force Awakens). This gave Jumanji the unexpected opportunity to scoop up those legions of movie-goers turned off by Star Wars producer Kathleen Kennedy’s heavy-handed, joy-killing political lecture. 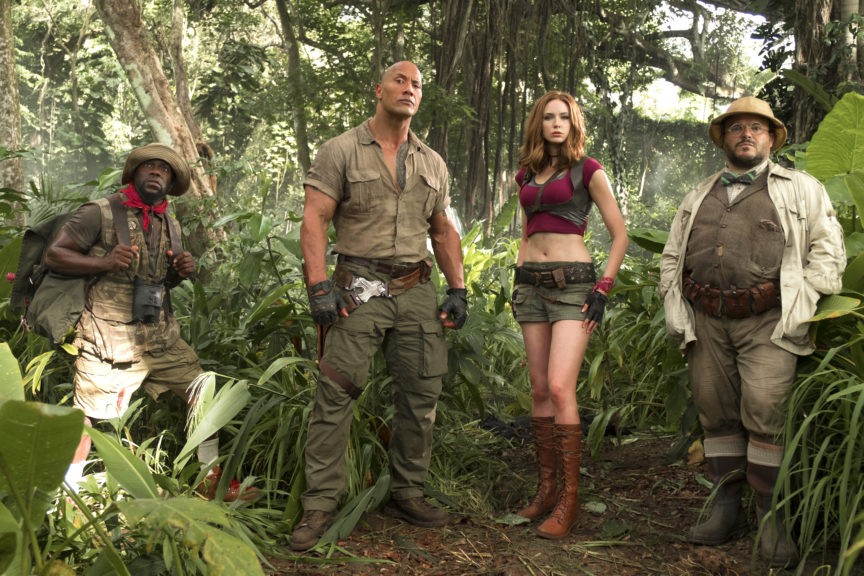 This image released by Lucasfilm shows a scene from “Star Wars: The Force Awakens.” On Monday, Jan. 23, 2017, the Walt Disney Co. announced the title for the next chapter in the Skywalker saga, “Star Wars: The Last Jedi.” (Lucasfilm via AP)

According to a recent report, because Kennedy (whose job is in real jeopardy) hated that Star Wars thrilled boys and men, she chose to kill what worked in favor of appealing to feminist social justice warriors. This was especially obvious in Last Jedi, which was filled with spell-killing lectures and plot-lines. And so all those men and boys who would have normally seen Last Jedi multiple times, turned Jumanji into an out-of-nowhere blockbuster.

Anyone who has seen Jumanji; Welcome to the Jungle, as I did over the weekend, can definitely see why those turned off by the hectoring Last Jedi would delight in Jumanji. Whereas The Last Jedi hates men and treats them like idiots, Jumanji’s hero, played by Johnson, is not only masculine, he is a real hero (along with his three friends). 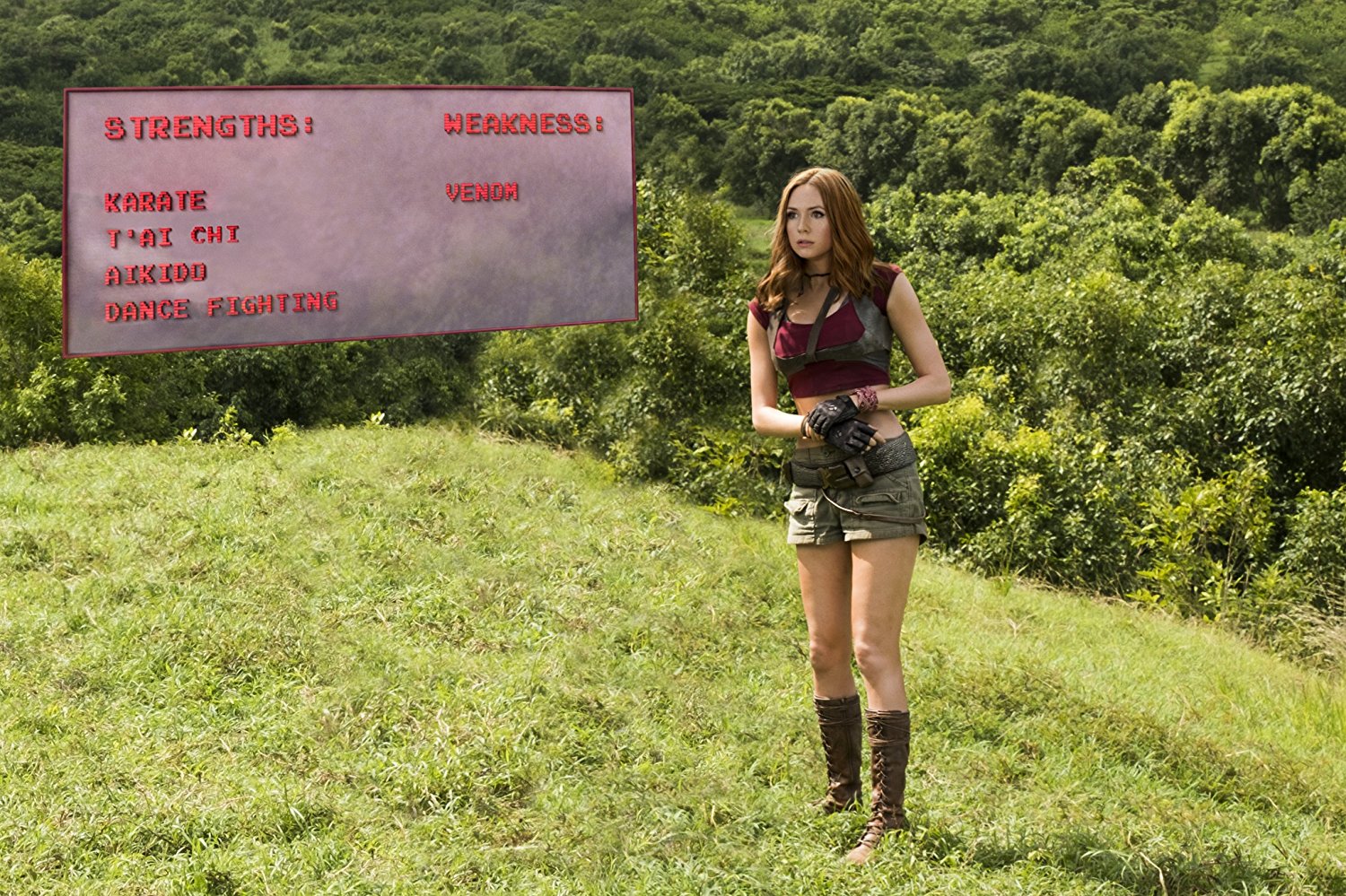 Karen Gillan in Jumanji: Welcome to the Jungle (Sony Pictures, 2017).

Indeed, Last Jedi is oppressive (and feels oppressive) with its unending political correctness, it’s pious virtue-signaling, and in presenting its woke credentials, Jumanji serves up a ton of non-PC but good-natured laughs at Jack Black’s same-sex attraction to other men (Black plays a video game avatar for a high school girl — it’s complicated but laugh-out-loud funny and innocent).

Jumanji is just a good time at the movies, two hours of escape from the real world with likable characters from different walks of life coming together to save the day.

The Last Jedi, on the other hand, seethed with hostility toward its own fan base and was determined to insult them by mocking everything that came before. And then there were the divisive political lectures that scold anyone who dares disagree. A franchise that used to be a second-to-none adventure into a galaxy far, far away, is now as much fun as watching CNN.

So it comes as no surprise that Jumanji is confident about holding its own against a Star Wars brand that is even more damaged than DC’s Justice League.