A source close to Palin with knowledge of the interview told Breitbart News, “Cohen pretended to be a disabled veteran from Kentucky who was a big fan of Governor Palin. He was wearing a necklace made of bullets and had a laptop covered in InfoWars stickers.”

The bullet necklace and stickers for Alex Jones’ InfoWars website were part of the persona Cohen was playing, the source explained.

“His disguise was basically a caricature of a conservative middle class Trump voter. He was asking her absurd, racist, homophobic, and sexist questions that were all meant to mock Trump voters as a bunch of ignorant and offensive kooks.”

Some of the questions focused on Palin’s support of the Second Amendment.

“He was asking her things like, ‘Why can’t the mentally ill be armed with assault weapons?’” the source said. “He kept presenting her with ridiculous graphs that she told him were obviously inaccurate and fake.”

Throughout it all, Palin “patiently and politely explained why he was wrong,” the source said, but added that their entire interaction from start to finish was “over two hours long” and Palin has no doubt that it will be “heavily edited to embarrass her.”

Ultimately, the source thinks this Cohen prank will “backfire dramatically” because the fake interview was “the epitome of a contemptuous Hollywood enclave that hates the ordinary working class Americans who swept Donald Trump into office. This is exactly what the American people voted against in 2016.” 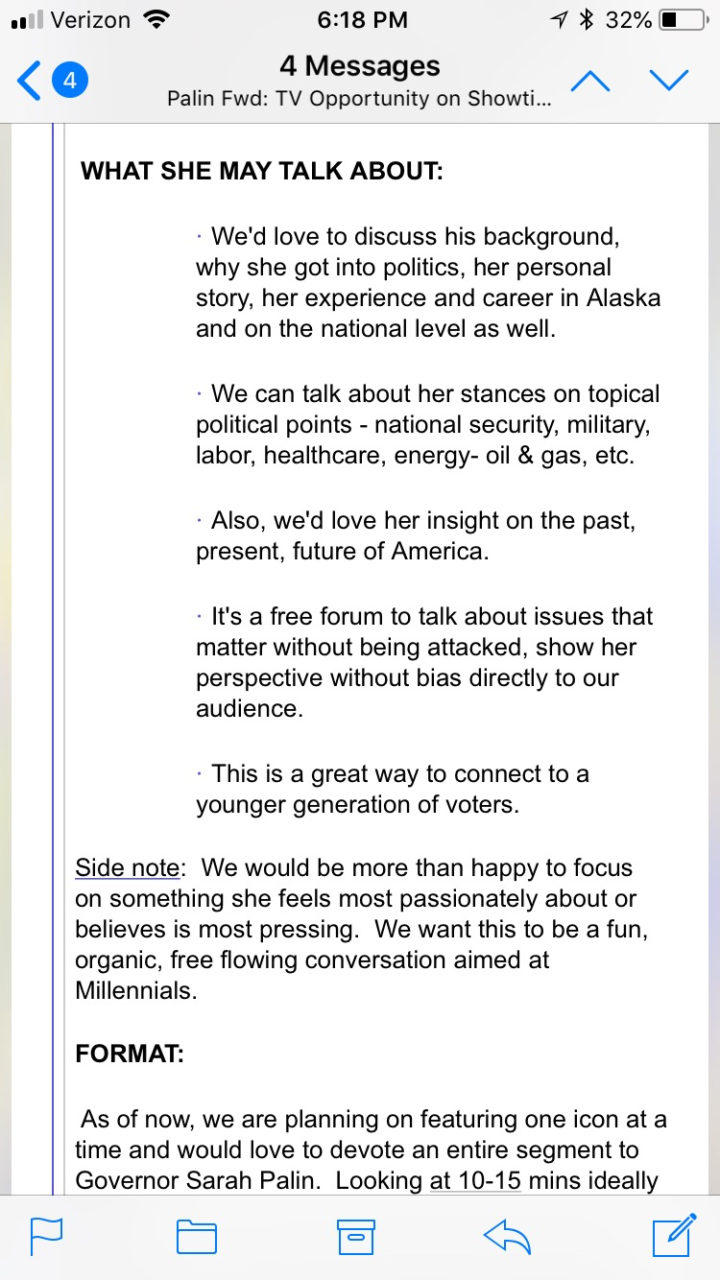 That same source told People that Palin’s “last straw” was a “horrible” question about Chelsea Clinton, the daughter of former President Bill Clinton and former Secretary of State Hillary Clinton. Palin walked out of the interview after that question.

“All of it was obnoxious,” the source told People. “[B]ut I think the last straw was when the interviewer asked about what he claimed was a government-funded sex-change operation for Chelsea Clinton. Cohen was trying to get Governor Palin to say something homophobic and hateful. She takes it personally when anyone goes after the children and families of politicians. She just thought, ‘What a horrible thing.’ She was particularly incensed about that.”

According to People, Palin traveled to Washington, D.C., last November for the interview accompanied by her daughter Piper, 17, who was separated from her mother “for an hour and a half” and not allowed to leave the trailer where she was being held.

Matt Drudge broke the story of Cohen’s latest prank in a Tweet on Tuesday warning readers that Cohen was “at it again! This time for CBS/SHOWTIME.”

Palin then confirmed Drudge’s story on her Facebook page in a long post excoriating Cohen for disguising himself as a disabled veteran.

She called on CBS and Showtime to donate the proceeds of this episode to a charity supporting disabled veterans.

“The challenge is to Cohen, CBS and Showtime: donate all proceeds to a charitable group that actually respects and supports American Vets. Mock politicians and innocent public personalities all you want, if that lets you sleep at night, but HOW DARE YOU mock those who have fought and served our country,” Palin wrote.