Pop star Chris Brown was released from custody in Paris on Tuesday without charge, less than a day after he was detained over a rape allegation against from a 24-year-old woman.

According to Variety, Chris Brown, his bodyguard, and another party were released around 22:00 local time after being detained on drug and rape charges.

“I WANNA MAKE IT PERFECTLY CLEAR…… THIS IS FALSE AND A WHOLE LOT OF CAP! NNNNNNNNEEEEEEEEEEVVVVVVVVVVEEEEEERRRRRR!!!!!! FOR MY DAUGHTER AND MY FAMILY THIS IS SO DISPRESPECTFUL AND IS AGAINST MY CHARACTER AND MORALS!!!!!” Brown wrote in a since-deleted Instagram post.

Brown had shared an image with the caption “This bitch lyin,’ but later deleted the post. 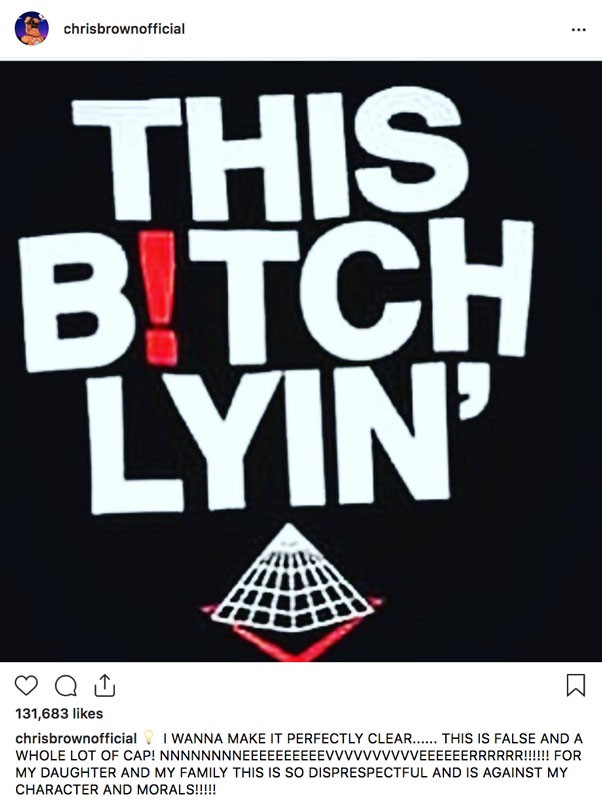 The allegation came from an unnamed 24-year-old woman, who claims Brown assaulted her in Paris at the exclusive Le Crystal club, before later raping her in his hotel room at the Mandarin Oriental Hotel.

The arrest is merely the latest in a long line of charges against the 29-year-singer, most notably his conviction for domestic violence against his former girlfriend Rihanna. Meanwhile, the Paris prosecutor’s office has confirmed the investigation into the recent allegation remains ongoing.

Brown has become more politically active in recent years, often taking to social media to attack President Donald Trump. In 2017, he ripped Trump for comments he made about law enforcement cracking down on criminal gangs, while also using phrases such as “F*ck Trump and f*ck the pigs.”