On Friday evening, Trump shared a video mocking the faces of Democrats during his State of the Union address earlier this month, using the 1992 hit as its music. 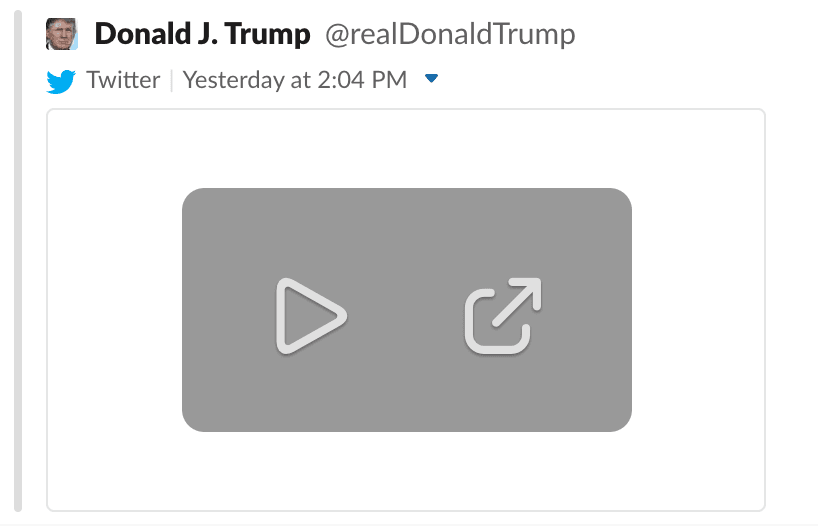 However, former members of the band, including their bassist Mike Mills, objected to his use of the song, and quickly lodged a copyright complaint with Twitter CEO Jack Dorsey.

“The assholes @CarpeDonktum created the meme,” Mills wrote. “#PresidentAsshole retweeted it. Measures have been taken to stop it. @jack you need to get on this.”

The assholes @CarpeDonktum created the meme. #PresidentAsshole retweeted it. Measures have been taken to stop it. @jack you need to get on this.

The now-defunct band’s official account also weighed in on the controversy, describing Trump as “World Leader Pretend” and urging Congress and the media to “ghost this faker.”

According to CNBC, a lawyer for the Universal Music Publishing Group reached out to Twitter on Friday demanding that the video be taken down. As a result, those attempting to watch the video are now told that the “video has been removed in response to a report from the copyright holder.”

Twitter has Censored an Official Message from the President of the United States #StopTheBias https://t.co/68k8WCGfK6

It is not the first time that R.E.M. has complained about Trump using their music for his own benefit. After playing the song  “It’s the End of the World as We Know It (And I Feel Fine)” at a campaign rally in September 2015, Mills sent a profanity-laced tweet demanding that Trump and his “power-hungry little men” must “not use our music.”

"Go fuck yourselves, the lot of you–you sad, attention grabbing, power-hungry little men. Do not use our music or my voice for your 1)

Other musicians, including The Rolling Stones, Guns N’ Roses, Rihanna, Adele, and Aerosmith have also complained about Trump using their music at campaign events, claiming he lacked the necessary “permission” to do so.

President Trump shared an updated version of the video mocking Democrats on Saturday, with the video featuring Lee Greenwood’s “God Bless the U.S.A.”