Avoid the reprehensible First Man at all costs. The more I think about that flop, the more I resent it. Not only for ignoring the whole reason we went to the moon, to plant the American flag, but for portraying Neil Armstrong, the commander of the Apollo 11 mission, the first man to walk on the moon, as a constipated stick in the mud.

What a shame. What a waste. What a sign of the garbage culture we’ve become where someone actually believes mankind’s greatest achievement should be reduced to someone’s journey of self-exploration as opposed to what it was: America at its best… America’s can-do, never-say-die pioneering spirit coming together to create a machine (the Saturn V) as large as a Navy Destroyer and put together with a million moving parts that all had to tick like a Swiss watch.

And in that machine we sent three impossibly brave and competent Americans 238,000 miles away and brought them back safely — and did so because a visionary president believed we could, believed we needed to show the world that American liberty will always leave communism and socialism in the dust.

Thankfully, though, Hollywood was and is not always shit. And so there are several movies and documentaries to remind us, not only of a better Hollywood, but of that time 50 years ago when America was its most American.

Not just my favorite movie about the space race but one of my all-time favorites.

Thanks in part to a perfect cast and a wonderful contempt for the news media, director Philip Kaufman perfectly captures the offbeat and oftentimes exhilarating tone of Thomas Wolfe’s bestseller (a must-read) that looks back at the birth of the Space Program through the test pilots who would become the first astronauts, the Mercury Seven.

The Right Stuff is about the right stuff, is about that uniquely American spirit, that mixture of teamwork, strident individualism, professionalism, and moxie — all the glorious contradictions that make Americans who we are, that took us to the stars. 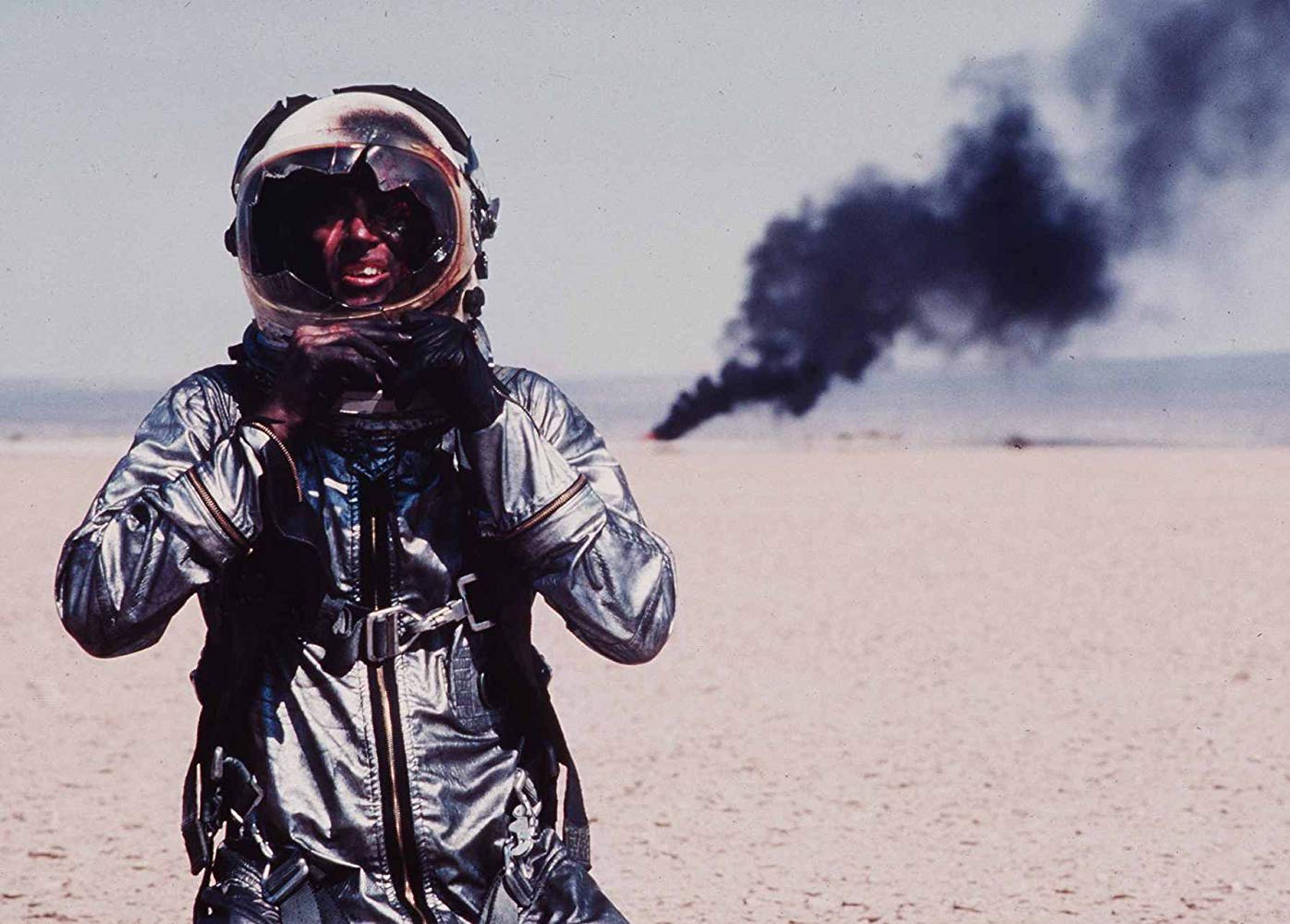 Sam Shepard in The Right Stuff (The Ladd Company, 1983)

Every one of those 193 minutes is pure pleasure.

Extra points for recognizing Chuck Yeager, who was never an astronaut but who set the example for what it means to have the right stuff. One demerit for the movie’s unfair treatment of Gus Grissom.

Apparently, the National Geographic Channel is working on a remake. I can’t wait to never watch that. 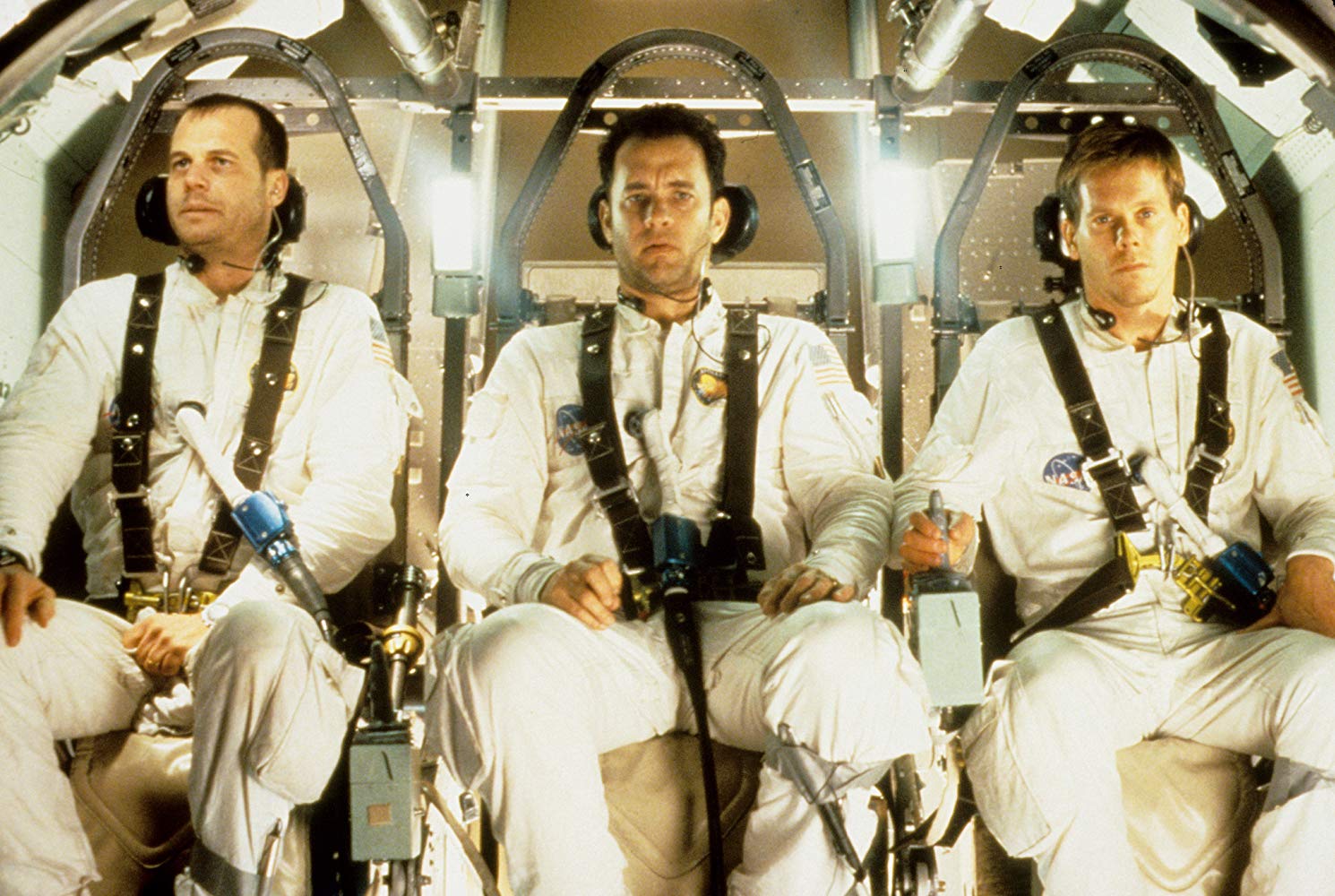 Even though you know the outcome, it is still suspenseful.

Tom Hanks, by way of HBO, delivers this magnificent miniseries told over 12 separate episodes that isolate 12 different stories about the Apollo program. Oddly enough, my favorite one has nothing to do with the various Apollo missions.

Chapter five, which is called “Spider,” tells the story of the general contracting company that built the Lunar Module (or “lem”), that awkward-looking spacecraft that landed on the moon and then blasted off back into orbit.

“Spider” is one of my all-time favorite hours of television ever.

Another highlight is “For Miles and Miles,” the episode that tells an inspiring story of how Alan Shepard, the first American to travel into space, overcame a debilitating disease to get to the moon. (You should also read Shepard’s excellent autobiography Light This Candle.)

And then there’s “Galileo was Right” which also tells the true story of a geologist professor, a teacher, who inspires his student astronauts to discover a love of science.

Much of the series is based on Andrew Chaikin’s 1994 book A Man on the Moon, which I cannot recommend enough.

A nicely produced documentary available now on Amazon Streaming that looks back at the Apollo program with many of the astronauts who were there, including Buzz Aldrin, Michael Collins, Jim Lovell, Gene Cernan, and Alan Bean.

I could have done without the tacky global warming message it stupidly closes with, but despite a terrible title, it’s an opportunity to hear directly from the men who did the impossible. 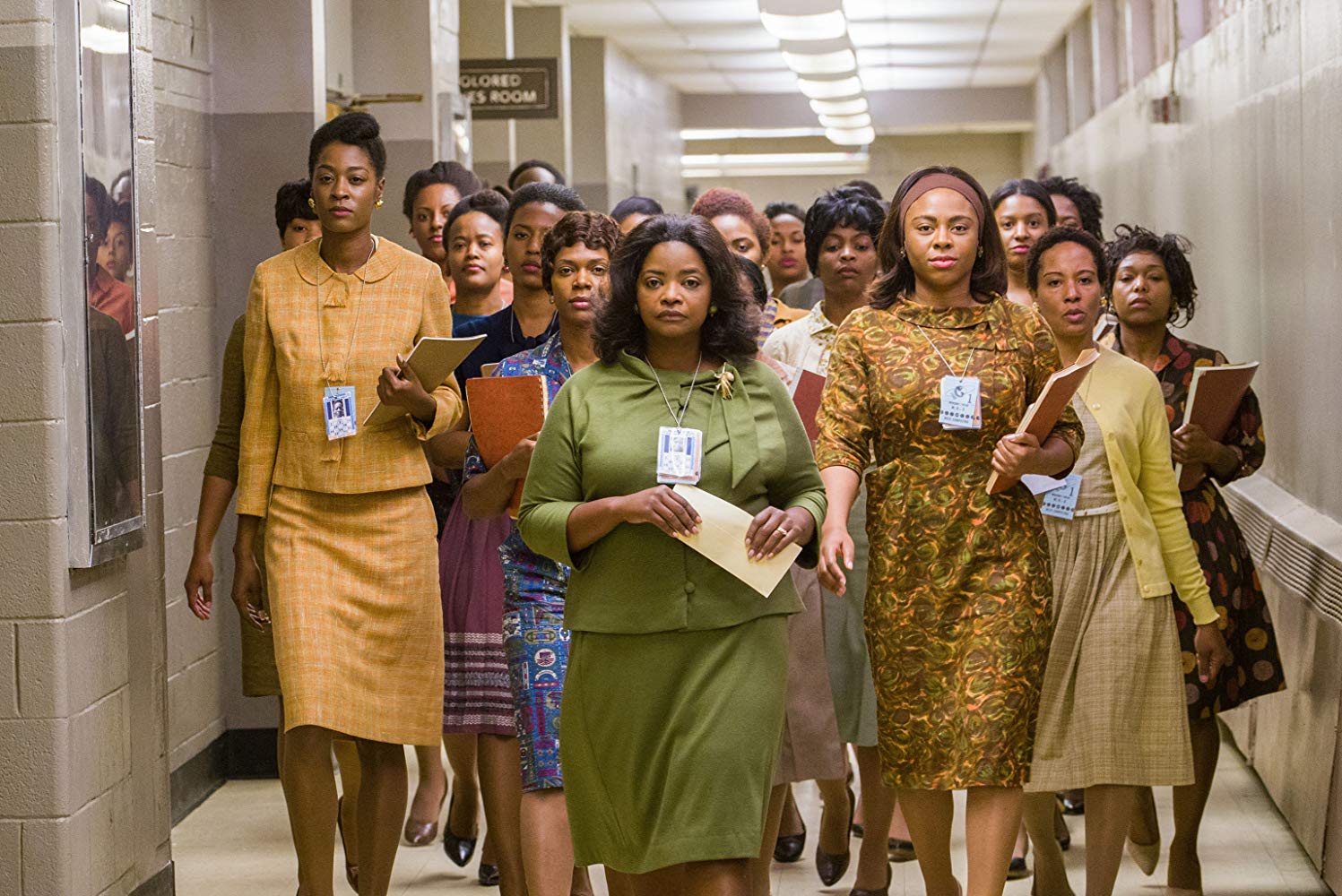 A legitimate crowd-pleaser that tells the true story of three black, female mathematicians and their crucial contributions to the space race

It will always be difficult for me to imagine an America where this kind of prejudice existed, but it’s nice to see how very far we’ve come.

When people like me complain about how Hollywood doesn’t make movies like that anymore, remind us of this one — and this one…

Hands down, the best documentary you will ever see about Apollo 11. Because far-left CNN is the production company behind it, and I’m so repulsed by everything involving CNN, I literally held off watching this until yesterday — and am I glad I (temporarily) changed my no-CNN policy.

Apollo 11 has no narration, no talking heads… Just extraordinary 70MM footage, much of it you have never seen before, that gets you as close as possible to what it must have felt like to have been a part of it all.

I’ve seen the footage of Armstrong taking that first step on the moon countless times, but last night I found myself leaning forward and grinning like a child with tears in my eyes.

This is also the documentary that proves First Man a liar. The Neil Armstrong you’ll see here, the real Neil Armstrong, is not some bottled up loner; he’s gregarious, excited, smiling, and part of an extraordinary team.

And the love of country you’ll see… The love of our flag, both on the moon and at Mission Control, that was the truth.

Director Todd Douglas Miller knocks this one out of the park. The structure, editing, score… the only word I can think to describe it is… majestic.