The uproar over First Man’s failure to depict the triumphant moment when Neil Armstrong, the first man to walk on the moon, planted the American flag on the lunar surface, in no way prejudiced me against the movie. I am not above wanting to be a contrarian on Breitbart’s digital pages, so I was kind of hoping to love the movie, to see the “classic” 88 percent that critics saw.

The screener of First Man’s Bluray release also promised to chew up 141 minutes of my life, which I didn’t want to feel wasted.

While the flag controversy obviously contributed to First Man’s pretty terrible box office, the other problem is that it is just not a very good movie.

Armstrong’s 1969 trip to the moon is the most impressive achievement in mankind’s history. Looking back on it a half-century later, looking at all that antiquated equipment in the iPhone era, only increases your awe. Nevertheless, First Man is determined to keep you from getting excited about this achievement. In fact, First Man doesn’t want you excited about anything. 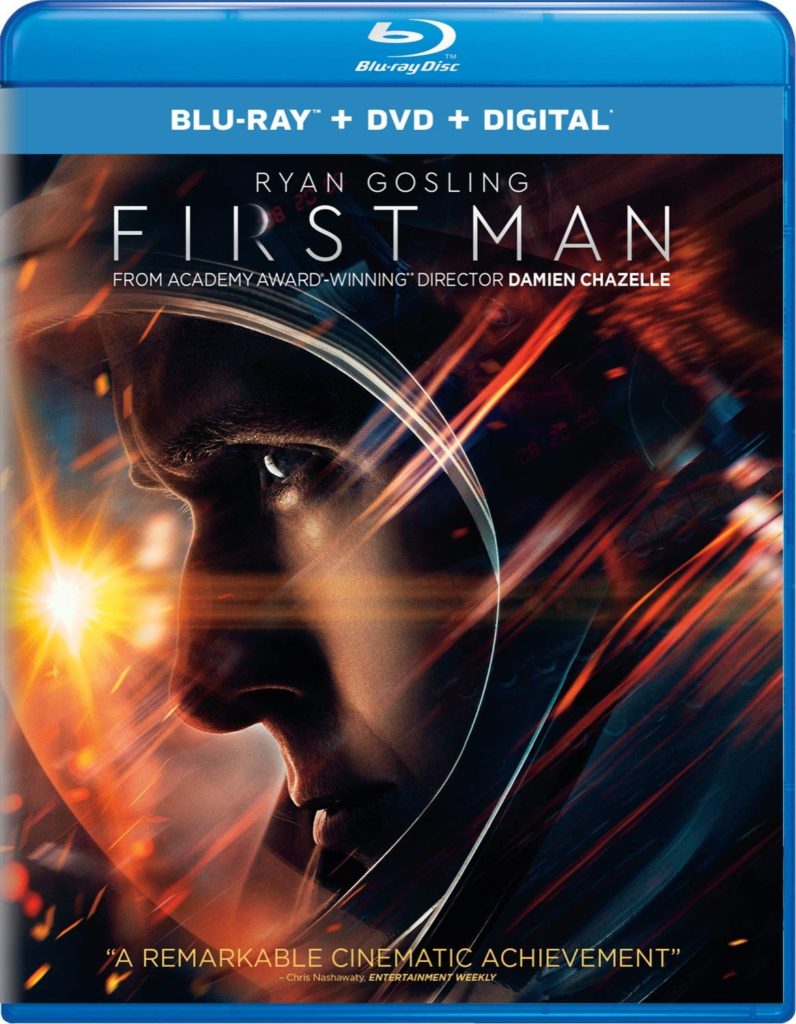 Certainly, you can make a movie with a central character who represses his feelings, and do so to great cinematic effect. Manchester By the Sea (2016) is a perfect example of this. In doing so, though, you have to either intrigue the audience, have us wonder why the character is this way (mystery is always good) or we have to feel what the poor guy can’t — his pain and pathos — as we root for him to work his way through it.

I can name all kinds of great movies — from Casablanca (1942) and Notorious (1946), to Ulee’s Gold (1997), that create unforgettable protagonist’s crippled by their ability to allow themselves to process emotional trauma. Ryan Gosling’s Neil Armstrong is not one of them.

To begin with, there is no mystery. Armstrong lost his three-year-old daughter Karen to cancer in 1962, a devastating trauma for any parent. This tragedy opens the story, but the mistake Chazelle makes is that the carrying of this loss only manifests itself through Armstrong in a one-dimensional way: he mopes.

Bogart’s Bick Blaine turned his heartbreak into a fascinating cynicism. Cary Grant’s T. R. Devlin allowed his insecurities to turn him into a heartless, bitter jerk. Peter Fonda’s Ulee Jackson built his own tight, little world into a prison around himself and his daughters.

Gosling’s Armstrong just mopes. Other than a couple of eye-rolling moments that don’t make sense, that feel like movie moments as opposed to true to the character, Armstrong’s pain only makes him mopey. There is no depth to this, which means there is nothing interesting about it. Through it all, and to his credit, Armstrong remains a loving (but mopey) husband and father, a faithful (but mopey) friend, a dedicated (and mopey) and competent (and mopey) space explorer.

Eventually, all of this moping becomes tedious, and it certainly doesn’t help that the movie as a whole adopts this tone, a tone of controlled restraint that turns oppressive, most especially as we move closer to what should be a cathartic and exciting climax: the aforementioned moon landing. But even this is presented in the most constipated manner possible.

Technically, everything looks and sounds great. Emotionally, it feels like you’re on a road trip with your grandmother who refuses to drive over 40 miles per hour. The scenery is lovely, but you never feel like you’re on an adventure, a journey, a getaway…

And yes, the intentional omission of the planting of the American flag does hurt the movie, and this has nothing to do with politics. Plenty of directors have turned their leftist, and even anti-American views into thrilling cinema. Whatever Chazelle’s intent, when you do see that sterile long shot of the flag already planted on the moon, your only reaction is “Oh, so that happened,” which is how Chazelle pretty much presents everything.

Whether it’s to laugh or cry or cringe or to be terrorized and thrilled, the whole point of going to the movies is to feel something. Other than feeling ripped off and more than a little bored, and that I was watching a pretentious pile of crap, First Man depicts the most thrilling adventurer and adventure of them all as a mope in a can.

First Man arrives on Blu-ran January 22 and is available to stream at Movies Anywhere now.