The race-baiting Netflix series Dear White People has debuted its third season, and this year the show portrays supporters of President Donald Trump a racists and KKK members.

In the season’s third episode, Chapter III, a family of Trump voters is being given a makeover by a group of gays in a parody of the Netflix series Queer Eye called the U.S. of Gay.

The episode portrays the family as thoroughly low brow, slow-witted, and racist. They have Confederate flags posted around their home and property and have Trump signs in their yard. One member of the pro-Trump family — a bearded, bandana-wearing, bumpkin — asks if they can “make it so that only some people feel more welcome” at their home as the camera focuses in on the only black member of the gay crew. The “joke” was clearly stating that the family is racist. 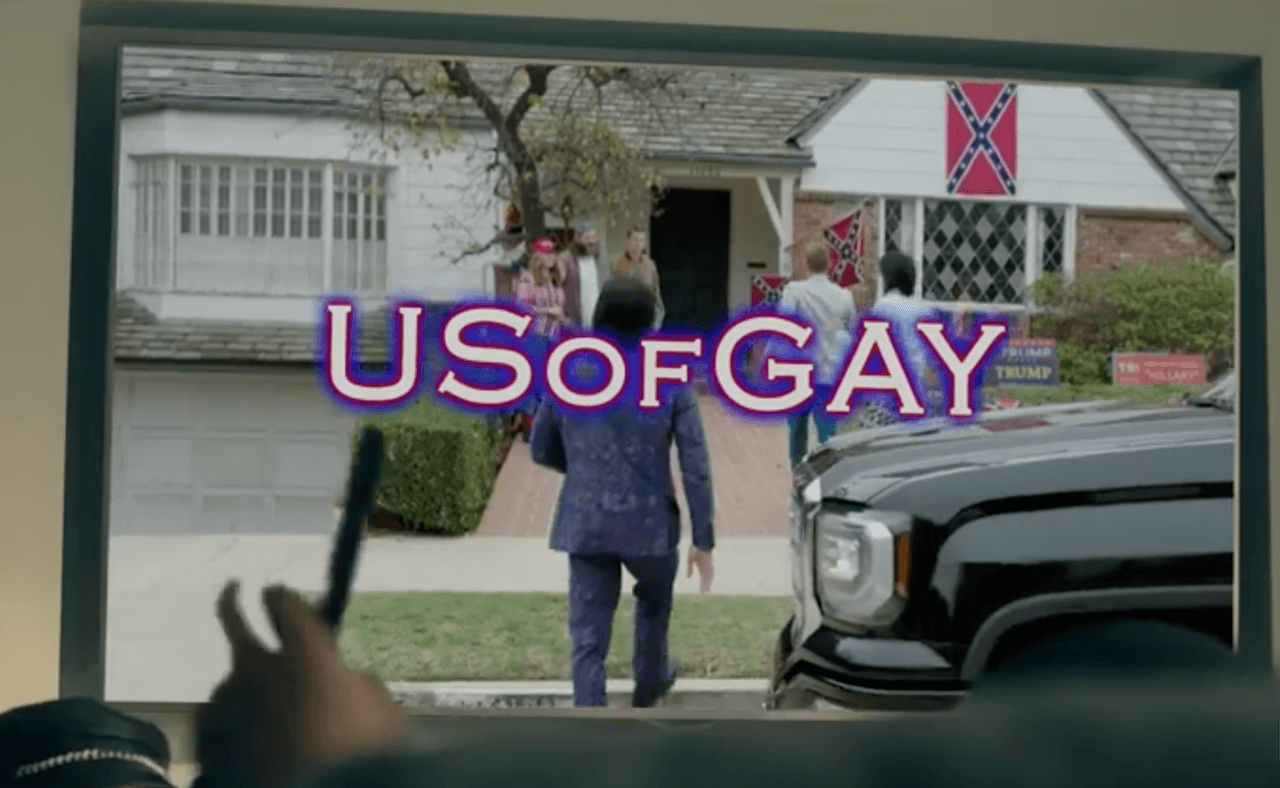 A little later in the episode, one of the makeover crew members finds a white hood and robe in the family’s closet with the “joke” being made here that no one should be wearing white after Labor Day. Apparently, the series imagines there are Ku Klux Klan hoods and robes in Trump supporters’ closets.

The last episode of the season is a full-frontal attack against President Trump, with an episode that presents an alternate reality where blacks are the dominant race, and the U.S. came out of the first white president’s term by electing a black reality show host (played by rapper Flavor Flav) as president.

The show features a young woman recording a podcast called, “Dear Black People,” where she attacks blacks using similar rhetoric that conservatives use to criticize liberals — only in reverse.

The host of the podcast slams blacks by saying, “Dear black people. Congratulations. You’ve escaped the tyranny of four years under a profoundly qualified and eloquent leader. Hope it’s worth ruining what’s left of democracy by putting a reality star in the Black House.”

President Flav is seen addressing the nation in coarse terms, promising to build a wall on the northern border to stop Canadians from coming into the U.S., and insisting that he’ll get Canada to pay for the whole thing.

Apparently, Hillary Clinton could not win in that universe either.

In another episode, a character talks about how boring the same old things are. Another character then replies, “It’s like the third season of a Netflix show.” Apparently even they understand that Dear White People has run its course.