Stand-up comedian Dave Chappelle took a stand for free speech on Sunday, defending the First Amendment as he accepted the prestigious Mark Twain Prize for American Humor, honoring achievements in the field of comedy.

Dave Chappelle also defended smoking indoors, reportedly lighting up on stage as he entertained the audience gathered at the John F. Kennedy Center for the Performing Arts in Washington D.C.

“The First Amendment is first for a reason. The Second Amendment is just in case the first one doesn’t work out,” Chappelle said, according to multiple reports. “The country’s getting a little tight. It doesn’t feel like it’s ever felt in my lifetime.”

Chappelle has come under attack from the mainstream media and leftist on social media over his Netflix special Sticks and Stones, in which he calls out “cancel culture” and performs a series of jokes about transgender individuals and politically incorrect impersonations.

“We all want to live in a polite society, we just kind of have to work on the levels of coming to an agreement of what that actually looks like,” Chappelle said on the red carpet Sunday, according to The Hill.

“I, personally, am not afraid of other people’s freedom of expression. I don’t use it as a weapon. It just makes me feel better. And I’m sorry if I hurt anybody,” he said, before adding, “Yada, yada, ‘everything I’m supposed to say.'”

“I want everyone in America right now to look at me. Look at me smoking indoors,” he said. “I didn’t ask anybody… What are they gonna do? Kick me out before I get the prize?” 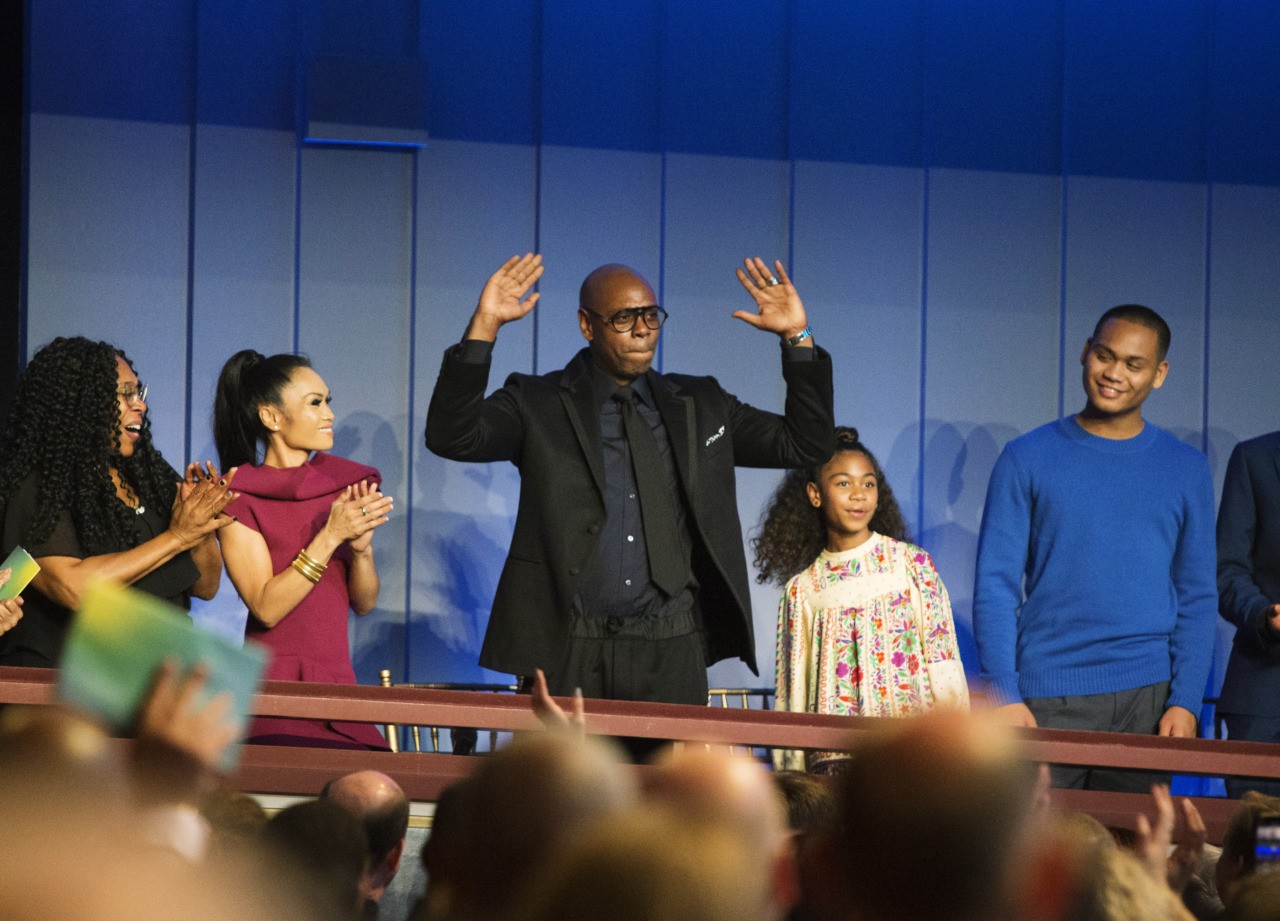 Dave Chappelle is honored with the Mark Twain Prize for American Humor at the Kennedy Center for the Performing Arts on Sunday, Oct. 27, 2019, in Washington. (Owen Sweeney/Invision/AP)

Actor Bradley Cooper, who directed Chappelle in A Star is Born, was on hand to praise the comedian for appearing in his movie.

The Mark Twain Prize is handed out annually to individuals who have made significant contributions to the field of comedy and humor. Recent recipients include Julia Louis-Dreyfus, David Letterman, Bill Murray, Eddie Murphy, and Jay Leno.

“Stand-up comedy is an incredibly American genre,” Chappelle reportedly told the crowd. “I don’t think any other country could produce this many comedians.”