Hollywood stars are stepping up their game to help Sen. Bernie Sanders (I-VT), who is stuck in Washington, DC, for the Senate impeachment trial, victoriously cross the finish line in Iowa, days ahead of the state’s February 3 caucuses.

While Sanders has floated utilizing a private jet to fly back and forth between D.C. and Iowa throughout the Senate impeachment trial, his celebrity friends are also flying to his rescue in an effort to boost his presence in the Hawkeye State, creating a phenomenon which some have dubbed “Bernchella.”

Rep. Alexandria Ocasio-Cortez (D-NY) and left-wing documentary filmmaker Michael Moore stumped for Sanders in Iowa on Friday as the presidential hopeful remained in the nation’s capital for the Senate impeachment trial. The event drew over 800 people, according to Politico. Sanders joined them for campaign events over the weekend. 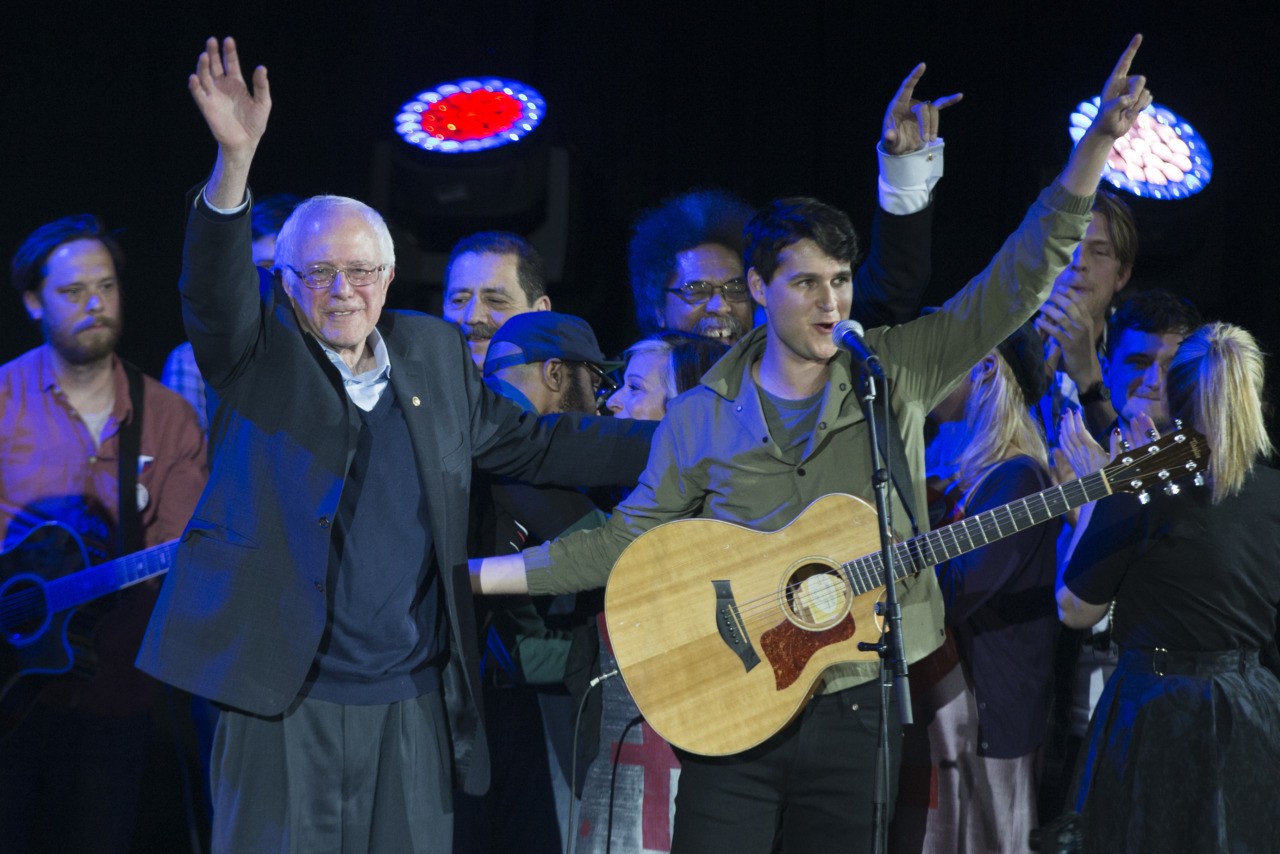 “Overall, nearly 6,000 attended events in Iowa held by Sanders, Ocasio-Cortez and Moore over the last few days, according to the campaign,” Politico reported.

The luminaries cut across the culture, from politics to music to movies and more. Congresswoman Alexandria Ocasio-Cortez, filmmaker and liberal stalwart Michael Moore, actor Kendrick Sampson, and recording artists Bon Iver and Vampire Weekend — who inspired the Coachella-derived nickname — are among those who have or will be stumping for him.

Last week’s events also included performances from bands including Portugal. The Man, which performed at his rally at the Sioux City Convention Center on Sunday. Singer-songwriter Mike Posner knocked on doors in Iowa City in support of Sanders last week.

“Look, Bernie Sanders is someone who believes in a link between culture and politics,” Sanders’ deputy campaign manager Ari Rabin-Havt said, according to Politico. “Bernie believes that events should have more than a speech — that you should bring people in, they should have fun, there should be energy and excitement and enthusiasm. And music helps do that.”

However, they are hardly the only high-profile figures showering Sanders with support in recent weeks. Rapper Cardi B interviewed the socialist politician in a nail salon in August, talking about a range of issues from free college to free health care. Her support has earned her praise from Sanders, who said it “would be great” if she ran for Congress.

Cardi B's nails are juuuust a little different than mine. Our views on the issues are pretty similar. pic.twitter.com/PhA2wXnkpy

This is amazing. Thank you ♥

We hope more people volunteer just like you have been: https://t.co/alPU9J5lNS pic.twitter.com/BkEuyeO8Dp

Sanders has also recently earned support from high-profile podcaster Joe Rogan — an endorsement his campaign defended after loads of backlash.

Some Democrat strategists suspect the flurry of support shows the Sanders campaign trying to broaden its base in Iowa.

“It kind of feels like they are trying to expand the typical caucus-goer universe by bringing people who are not typical political surrogates,” Jeff Link, a Democrat strategist based in the Hawkeye State, told Politico. “If there is an unexpected turnout, it’s probably good for him, so I think that’s probably a good strategy.” 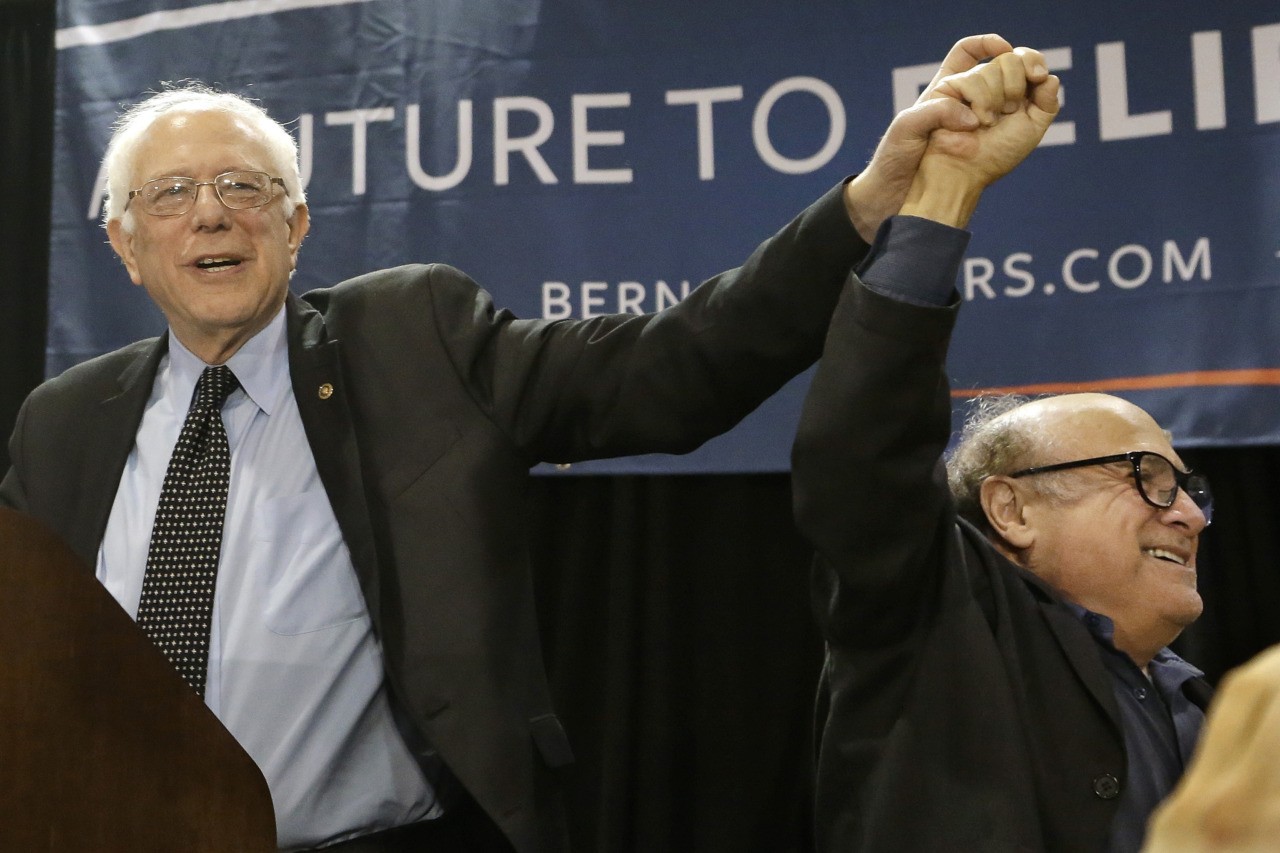 “I think these folks are getting behind him because we all have one common goal: Defeat Donald Trump,” he told Politico.

“Be it indie rock bands or documentarians or progressive members of Congress, we know that the only way to defeat Trump’s faux populism is real populism, a movement supported by a wide coalition of people that promises to work for the millions of Americans that have been ignored or overlooked by our political system,” he added.

It is not yet known how Sanders’ star backing will impact the Iowa caucuses, but recent polls out of Iowa show Sanders on the rise.