As the Chinese coronavirus continues to crush Americans and cause a massive health crisis, putting pressure on the country’s health care system, several Hollywood celebrities are donating large amounts of money to causes dedicated to helping those in need.

From donating to food banks feeding poor families to millions for research to find treatments for the virus that’s killed, as of this writing, 6,000 Americans, here’s 13 celebrities stepping up to help in these difficult times. 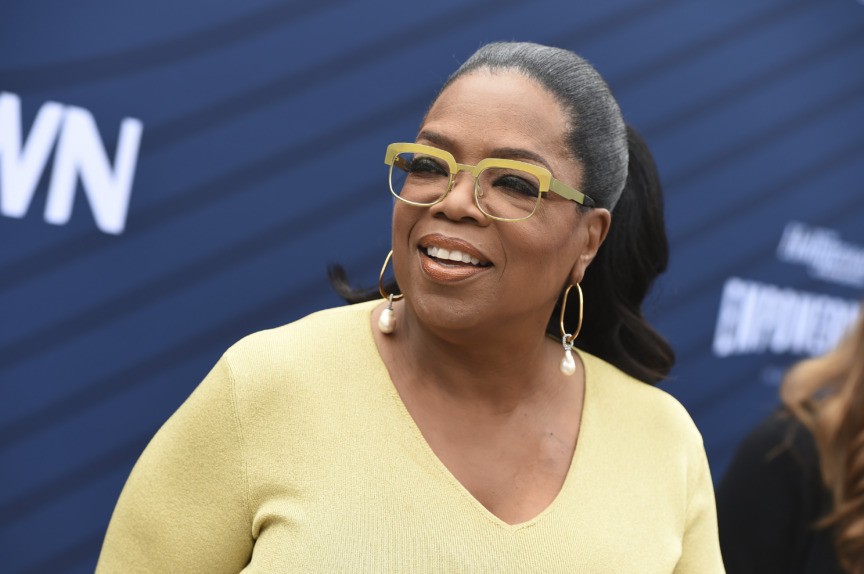 Talk show legend Oprah Winfrey is cutting a giant check of $10 million toward relief efforts in support of those affected by the Chinese coronavirus pandemic.

“I am donating $10 million overall to help Americans during this pandemic in cities across the country and in areas where I grew up,” tweeted Winfrey on Thursday.

The OWN founder added that $1 million of her donation will go toward America’s Food Fund.

“I believe that America’s Food Fund will be a powerful way to make a difference for our neighbors in need and am committing $1 million to this fund to support those facing food insecurity,” said Winfrey. 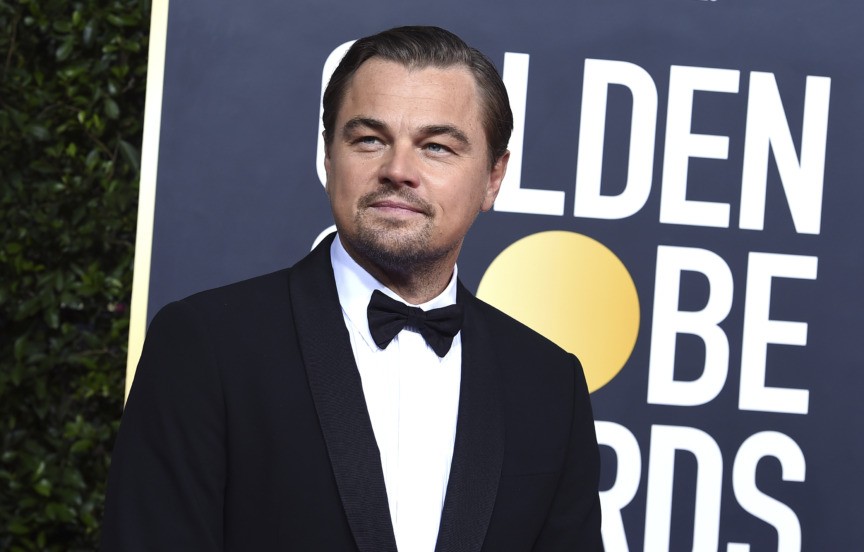 As for actor Leonardo DiCaprio, he is helping launch America’s Food Fund, for which has already raised $12 million to help those who have been impacted by the Wuhan virus.

The organization — which is working with hunger relief organizations World Central Kitchen and Feeding America — said the donations will be aimed to help low-income families, the elderly, individuals facing job disruptions, and children who rely on school lunch programs.

“In the face of this crisis, organizations like World Central Kitchen and Feeding America have inspired us all with their unwavering commitment to feed the most vulnerable people in need,” said DiCaprio. “I thank them for their tireless work on the frontlines, they deserve all of our support.” 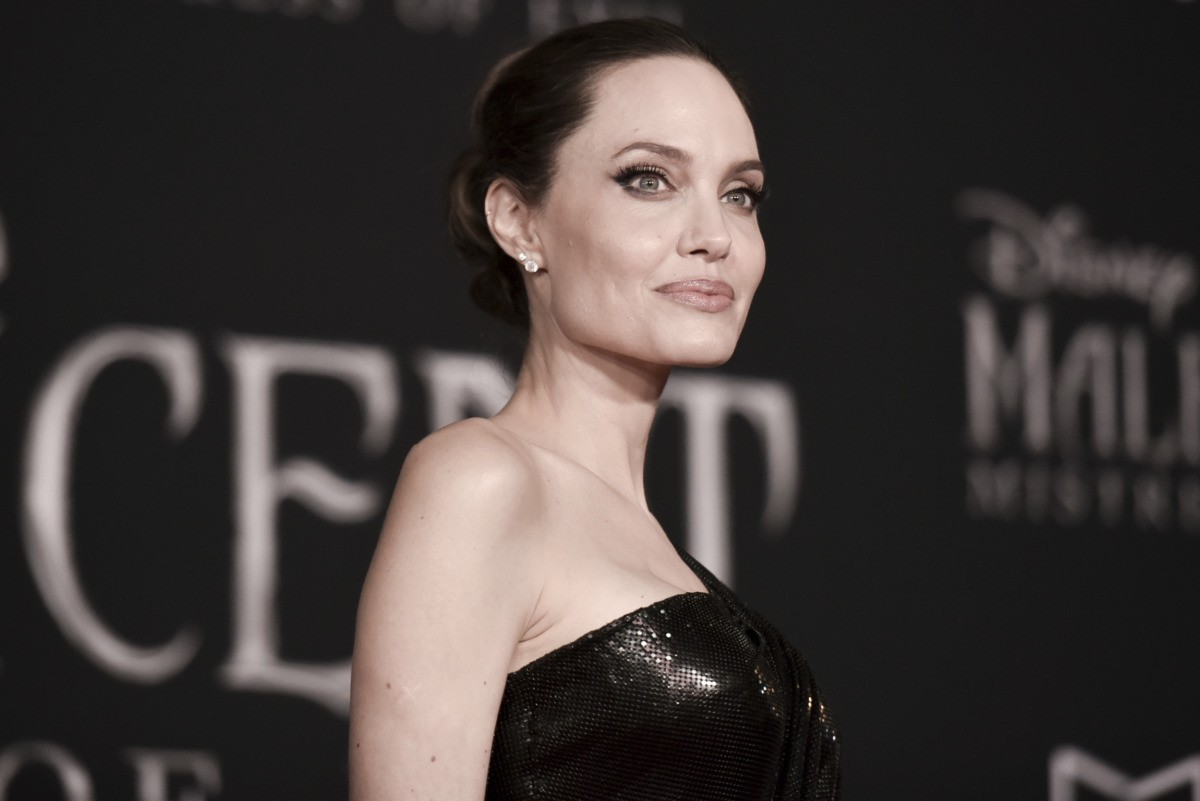 Angelina Jolie arrives at the world premiere of “Maleficent: Mistress of Evil” on Monday, Sept. 30, 2019, at the El Capitan Theatre in Los Angeles. (Photo by Richard Shotwell/Invision/AP)

Actress Angelina Jolie has donated $1 million to the organization No Kid Hungry to help children who have limited access to meals due to school closures, according to InStyle.

“As of this week, over a billion children are out of school worldwide because of closures linked to coronavirus,” said Jolie. “Many children depend on the care and nutrition they receive during school hours, including nearly 22 million children in America who rely on food support.”

“No Kid Hungry is making resolute efforts to reach as many of those children as possible,” she added. 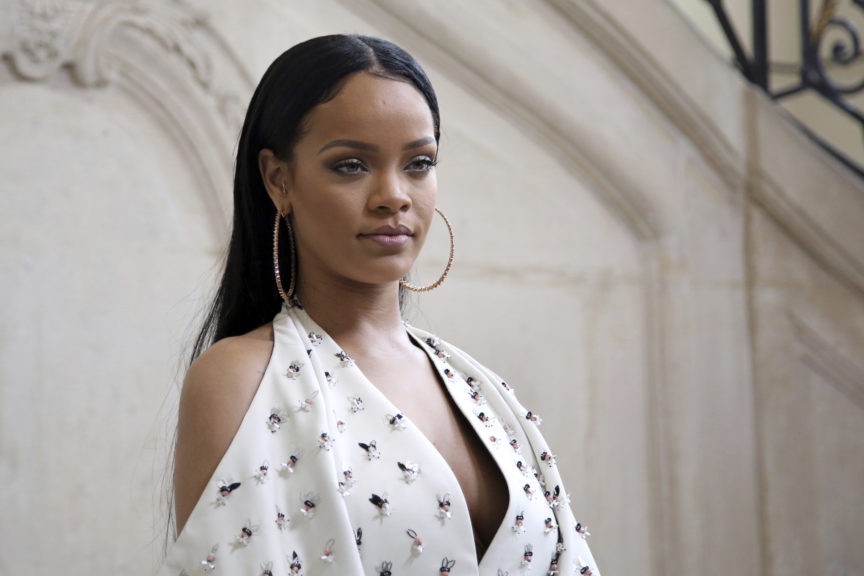 Singer Rihanna poses for photographers as she arrives to Christian Dior’s Spring-Summer 2017 ready-to-wear fashion collection presented in Paris. Rihanna is mourning the death of her cousin and calling an end to gun violence. (AP Photo/Thibault Camus, File)

Pop megastar Rihanna’s charitable organization has announced that it will donate $5 million toward fighting the coronavirus in the United States and abroad, according to a report by The Hill.

The report added that the organization — Clara Lionel Foundation — said that it will donate to several organizations, including Feeding America, The World Health Organization’s COVID-19 Solidarity Response Fund, and International Rescue Committee.

The Clara Lionel Foundation added that the donations will specifically go toward “food banks serving at-risk communities and the elderly” in the United States, as well as the “acceleration of testing and care in countries like Haiti and Malawi.” 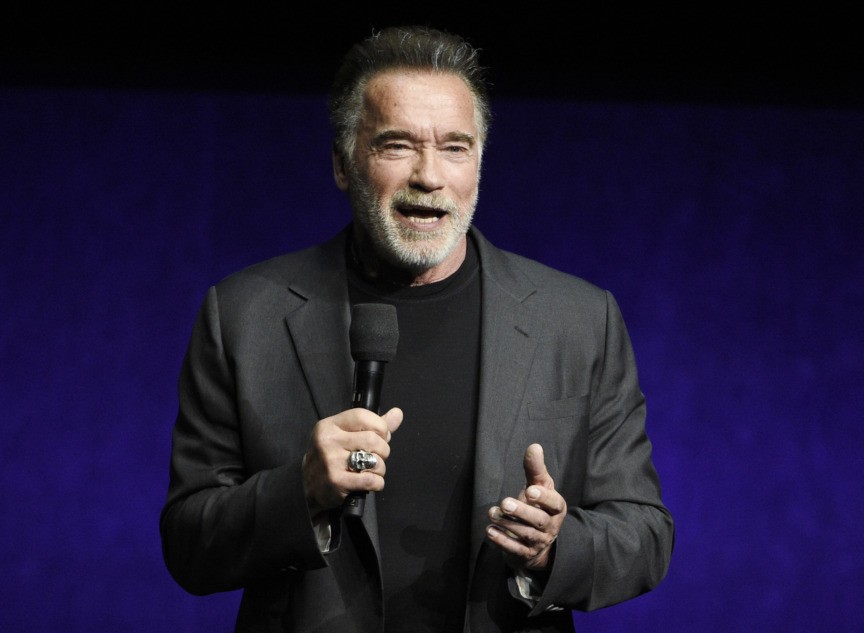 The actor Arnold Schwarzenegger has donated $1 million to the Frontline Responders Fund, a crowdfunding page he co-founded in order to raise funds to keep healthcare workers equipped with masks, gloves and other necessary materials, according to KCRA 3.

Moreover, the actor is also raising additional funds on GoFundMe, which has already garnered over $5.6 million at the time of publishing.

“I never believed in sitting on the couch and complaining about how bad things are,” said Schwarzenegger on Instagram. “I always believed we should all do our part to make things better.”

“This is a simple way to protect our real action heroes on the frontlines in our hospitals, and I’m proud to be part of it,” he added. “I donated 1 million dollars, and I hope that all of you who can will step up to support these heroes. Go to the link in my bio to help out.” 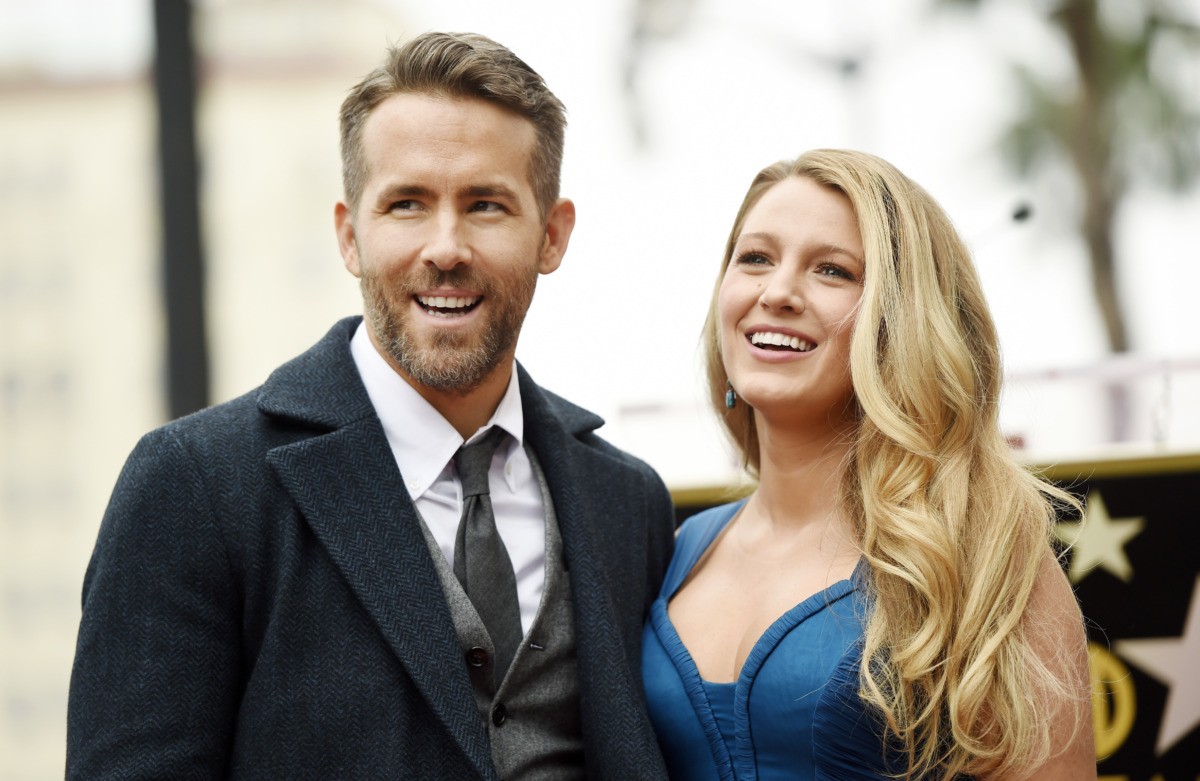 Actor Ryan Reynolds, left, and his wife, actress Blake Lively, pose together following a ceremony to award him a star on the Hollywood Walk of Fame on Thursday, Dec. 15, 2016, in Los Angeles. (Chris Pizzello/Invision/AP)

Hollywood power couple Ryan Reynolds and Blake Lively have donated $1 million to Feeding America and Food Banks Canada, but now, the two are donating an additional $400,000 to four hospitals in the New York City area that have been the hardest hit by the Chinese coronavirus.

Elmhurst, NYU Hospital, Mount Sinai, and Northern Westchester will each receive a personal donation of $100,000 from the celebrity couple. 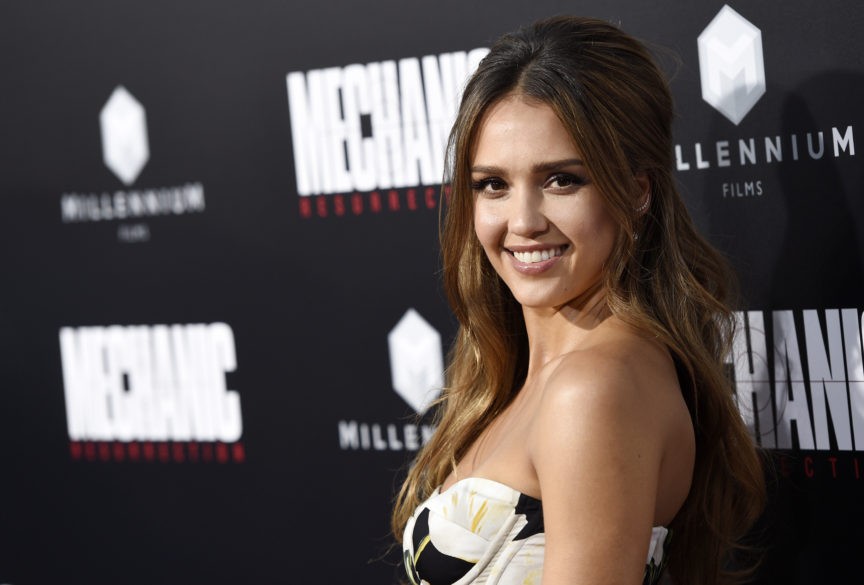 Jessica Alba, a cast member in “Mechanic: Resurrection,” poses at the premiere of the film at the Arclight Hollywood in Los Angeles. Alba announced she was expecting her third child in an Instagram post on July 17, 2017. (Chris Pizzello/Invision/AP, File)

Actress Jessica Alba recently announced that her business, The Honest Company, has “donated three million diapers,” as well as other essential supplies to families in need during the Wuhan virus pandemic, according to Daily Mail.

“That is the number one need for families right now who are living in poverty, but also families who are out of work,” said Alba. “They have to choose between diapers and a meal, and they shouldn’t have to.” 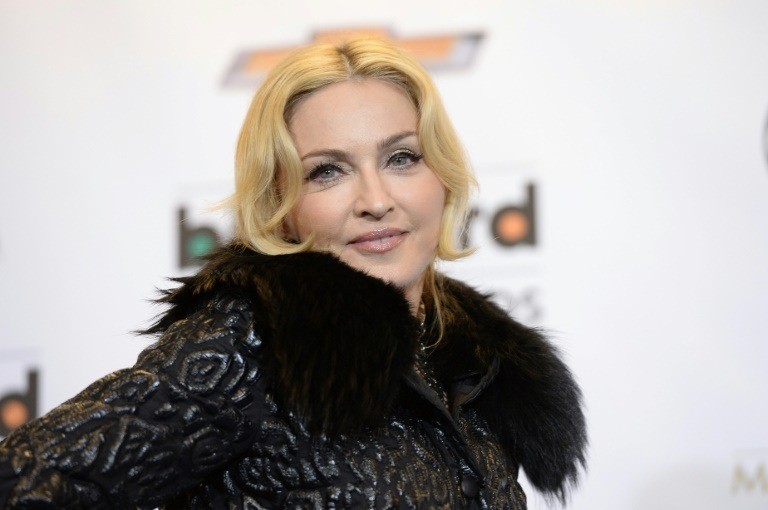 “Her contribution is alongside the commitments by the Gates Foundation, Wellcome, Mastercard, U.K. Government and Chan Zuckerberg Initiative – all partners in the initiative,” said the singer’s representative. “The money will go through the COVID-19 Response Fund operated by Gates Philanthropy Partners, so not directly to the Gates Foundation.” 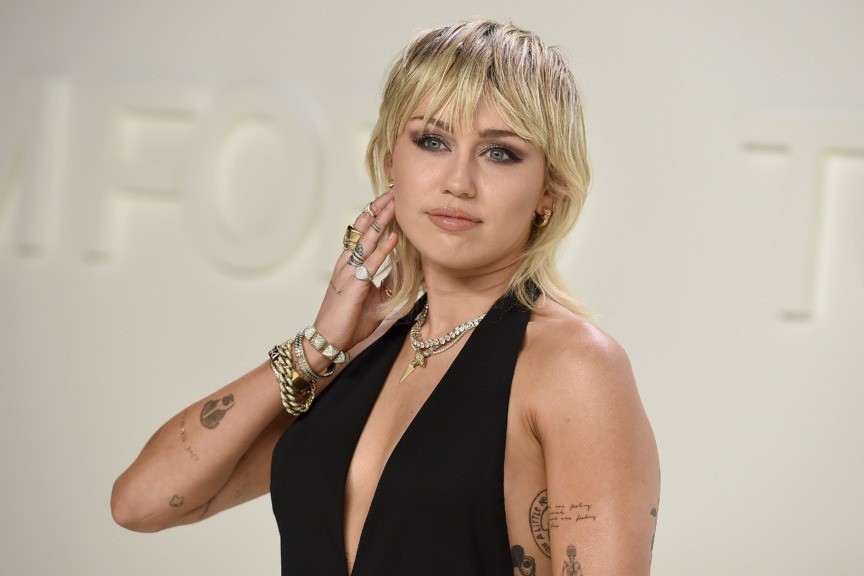 In this Feb. 7, 2020 file photo, actress-singer Miley Cyrus attends the Tom Ford fashion show in Los Angeles. Cyrus is looking to spread hope and warmth to those stuck at home during the coronavirus outbreak. (Jordan Strauss/Invision/AP, File)

Pop star Miley Cyrus has teamed up with MAC Cosmetics seeking to designate $10 million from their annual Viva Glam campaign toward 250 local organizations across the United States that have been heavily impacted by the coronavirus, according to Daily Mail.

“I am so proud to have been chosen to announce MAC Cosmetics efforts, because MAC Viva Glam has a special place in my heart,” said Cyrus, adding that “100 percent of the proceeds” of VIVA GLAM lipsticks will go toward these local organizations. 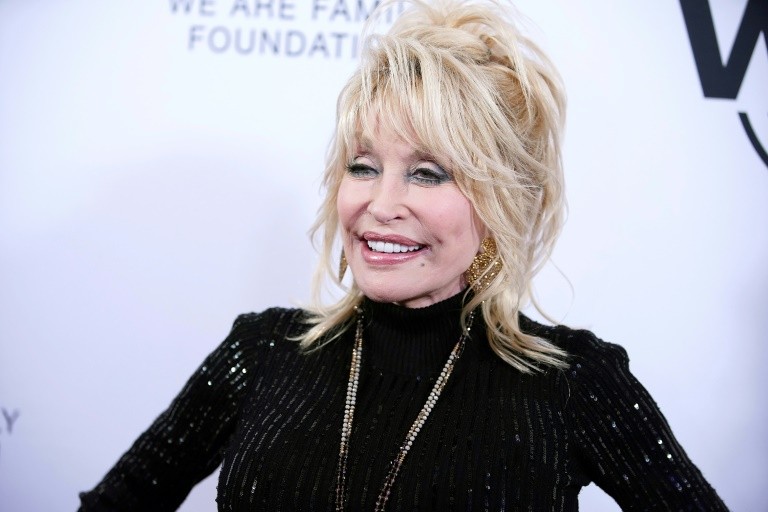 Country music icon Dolly Parton has donated $1 million to Vanderbilt University Medical Center, so that it can go toward research into finding a cure for the coronavirus.

“My longtime friend Dr. Naji Abumrad, who’s been involved in research at Vanderbilt for many years, informed me that they were making some exciting advancements towards research of the coronavirus for a cure,” said Parton. “I am making a $1 million donation towards Vanderbilt towards that research and to encourage people that can afford it to make donations.” 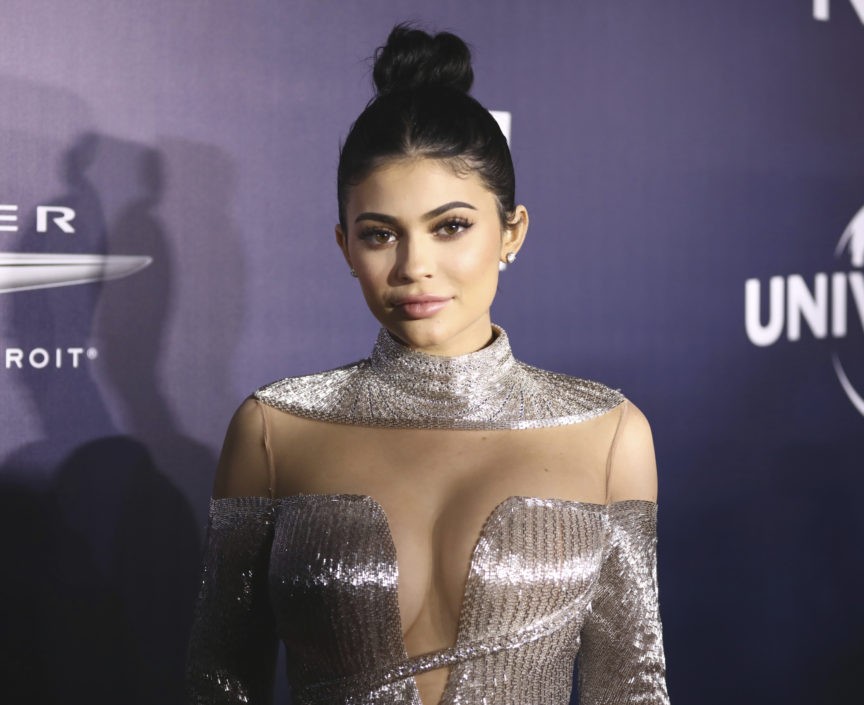 Model and fashion mogul Kylie Jenner has responded to her doctor’s plea for help by donating $1 million to Los Angeles area health care professionals who are working on the frontlines in combating the Wuhan virus.

“I am speechless, my eyes are filled with tears of joy and my heart is overwhelmed with gratitude,” wrote OB-GYN doctor Thais Alaibadi on Instagram. “I made a wish to the Universe to gather protective masks for our brave healthcare workers and today my dream came true.”

“One of my patients, a beautiful Living Angel just donated $1,000,000 to help us buy hundreds of thousands of masks, face shields, and other protective gear which we will have delivered directly to our first responders, as too many masks at hospitals are disappearing before making their way onto the faces of our front line heroes,” added Alaibadi.

“I have never felt more blessed to be a doctor, as helping our brave ER and ICU workers feels just as gratifying as helping my own patients,” she said. “From the bottom of our hearts, THANK YOU [Kylie Jenner].” 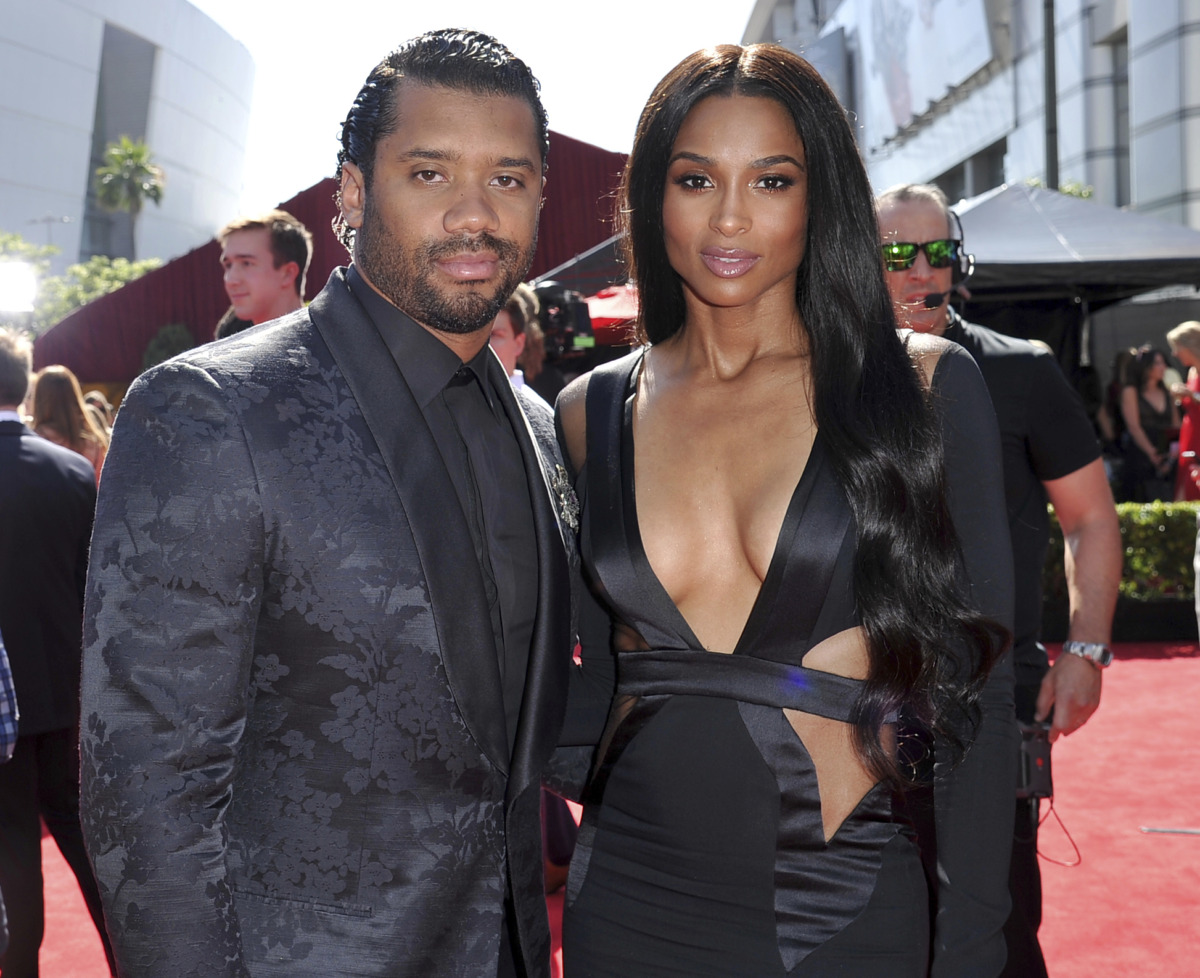 NFL player Russell Wilson of the Seattle Seahawks, left, and Ciara arrive at the ESPY Awards on Wednesday, July 10, 2019, at the Microsoft Theater in Los Angeles. (Richard Shotwell/Invision/AP)

Singer Ciara and her husband NFL quarterback Russell Wilson have also announced that they are donating 1 million meals to the Seattle food bank Food Lifeline — through the organization Feeding America.

“Obviously, this worldwide pandemic of the coronavirus is changing the world,” said Wilson. “People are losing loved ones, the elderly and the young, people in-between. Think about people losing jobs, even in Seattle, our friends at Alaska Airlines.”

“The Seattle Children’s Hospital, all these places are being affected, all around the world,” he added. “So what we’ve decided to do is partner up with our local food bank in Seattle — and we’re going to donate a million meals, and hopefully make a difference.”

“We have faith,” she added. “We want to encourage everyone else out there to keep their faith.” 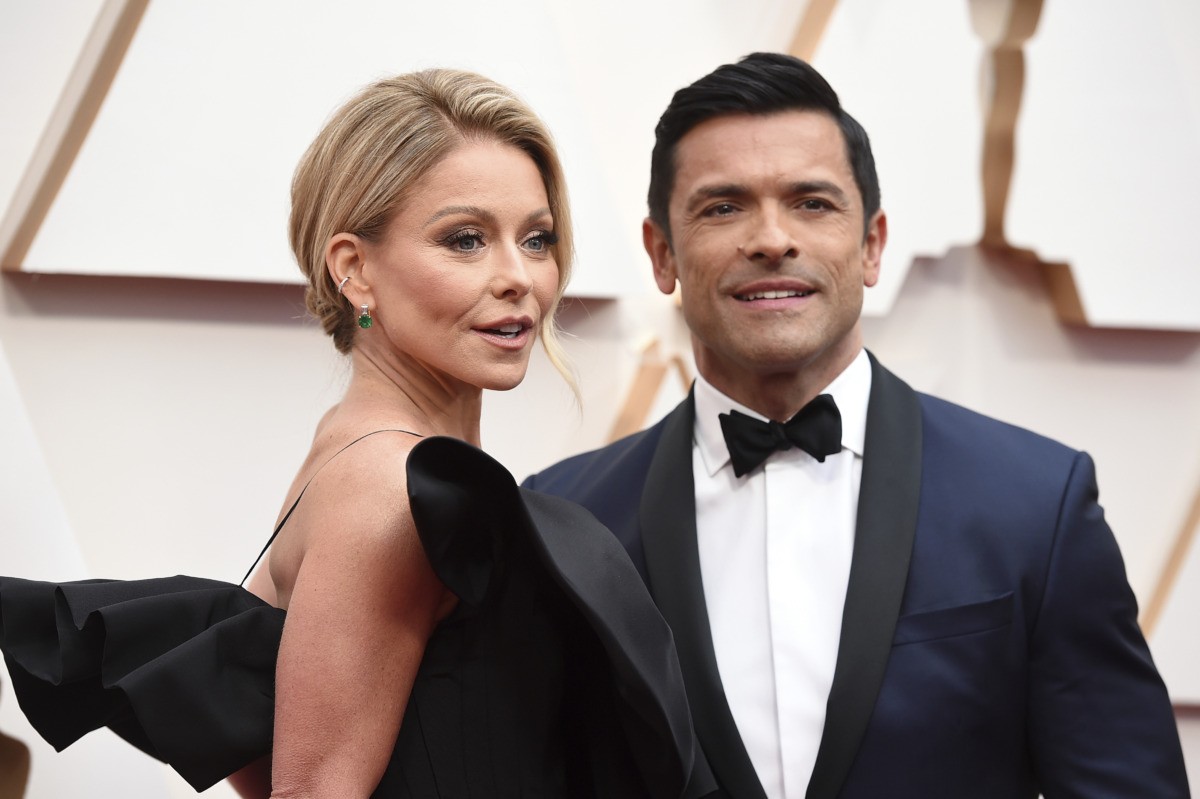 Kelly Ripa, left, and Mark Consuelos arrive at the Oscars on Sunday, Feb. 9, 2020, at the Dolby Theatre in Los Angeles. (Photo by Jordan Strauss/Invision/AP)

The couple’s donation will be split between the New York governor’s office — so that the state can purchase ventilators — and the WIN organization, which operates 11 women’s shelters in New York City, according to ABC 7 News.