Pop star Taylor Swift said the Soros Family is driven by “shameless greed in the time of coronavirus” over their role in the digital release of an unapproved album composed of a live radio show performance she did in 2008.

“Hey Guys – I want to thank my fans for making me aware that my former record label is putting out an “album” of live performances of mine tonight. This recording is from a 2008 radio show performance I did when I was 18. Big Machine has listed the date as a 2017 release but they’re actually releasing it tonight at midnight,” Taylor Swift said. 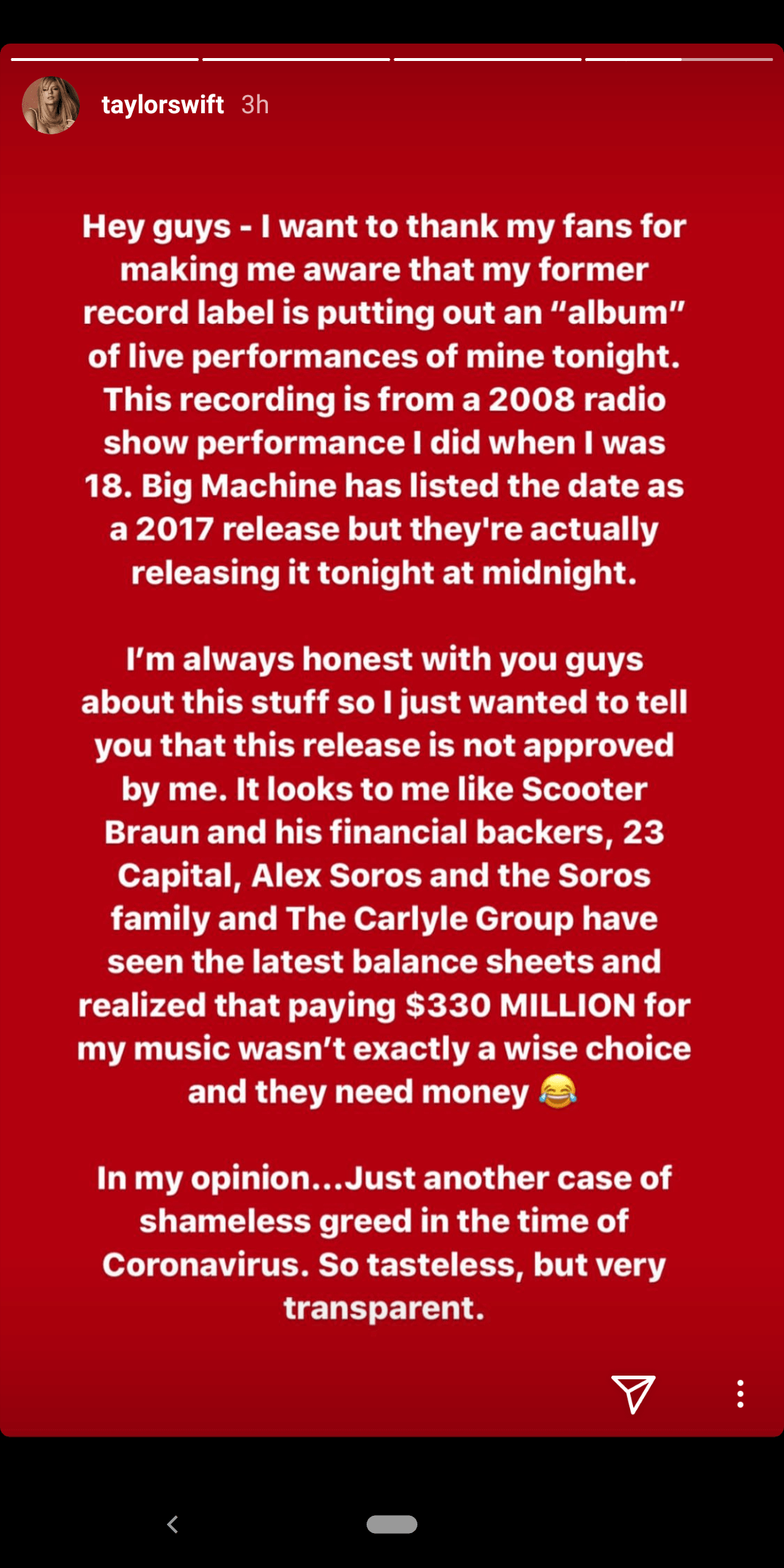 “I’m always honest with you guys about this stuff so I just wanted to tell you that this release is not approved by me.” the Grammy-winner continued. “It looks to me like Scooter Braun and his financial backers, 23 Capital, Alex Soros and the Soros family and The Carlyle Group have seen the latest balance sheets and realized that paying $330 MILLION for my music wasn’t exactly a wise choice and they need money.”

“In my opinion… Just another case of shameless greed in the time of coronavirus. So tasteless, but very transparent,” Swift’s message concluded.

In December 2019, Swift slammed Braun after he bought the rights to her music with funding from the family of left-wing billionaire George Soros.