Hollywood actress Lori Petty — who has starred in Orange Is the New Black, Point Break, and the critically acclaimed Tank Girl — has insulted Americans across the board by claiming that they have low IQ’s.

“I believe what we have forgotten is that the average IQ in Amurrrikkka is 99,” Petty tweeted on Friday. She said that a third of Americans, including President Donald Trump, have IQ’s lower than that. “A third, plus the murder-in-charge, I guess, lower than that. So, in the house I happily stay, besides kissing y’all.” 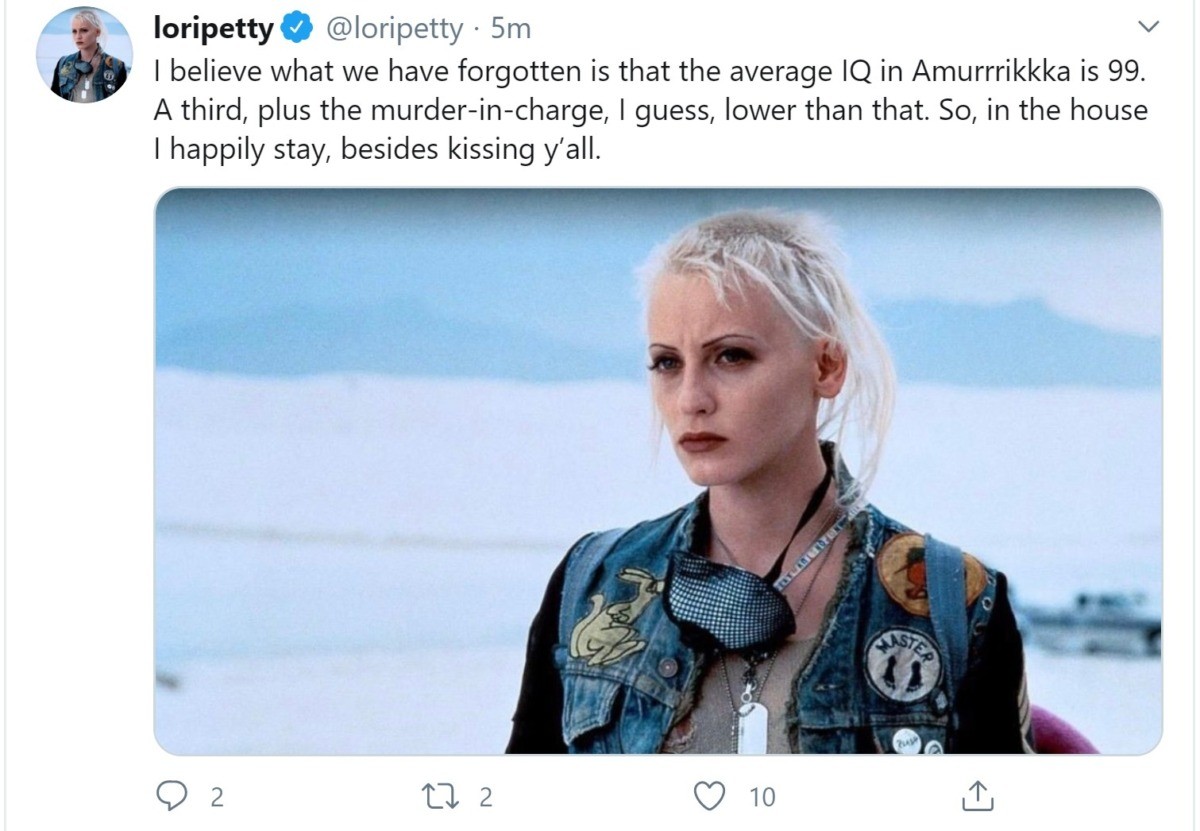 It remains unclear what spurred Lori Petty’s acrimonious tweet, but the actress has been shaming quarantine protestors and people who choose not to wear masks in public. She called men who don’t wear masks “dicks.”

“On my walk today 90% of women were wearing masks and 30% of men were,” the actress said this week.

The A League of Their Own star also singled out people on Venice Beach who weren’t wearing masks.

“Literally less than half of the people walking in Venice Beach are wearing masks. We need you to say it louder, please. xx,” Petty said to Los Angeles mayor Garcetti.

– @MayorOfLA literally less than half of the people walking in Venice Beach are wearing masks. We need you to say it louder, please. xx pic.twitter.com/JUITfU5SXw

Petty recently tweeted that that Republican lawmakers have become a “death squad” because of their continued support for President  Trump and his response to the Chinese coronavirus pandemic.

President Trump “is unfit, unable and DGAF [doesn’t give a fuck] about you or me or your family,” she wrote in March. “And the Republicans don’t understand if they got rid of him they’d be heroes to us, not the Death Squad they have become by supporting this murderer.”