Pop megastar Adele was accused of cultural appropriation Sunday after she donned a Jamaican flag string bikini to honor the participants who would have joined the Notting Hill Carnival in south-west London.

The event takes place every year and honors the rich history of Caribbean and black culture’s contribution to the capital’s cultural life. It was cancelled in 2020 due to the cornavirus pandemic.

In a picture shared to her Instagram account, the songstress, posing in the garden of her $9.5million Beverly Hills home, wore her hair in Bantu knots drawing some critics to slam the choice as “insensitive.”

The hairstyle – small, coiled buns secured against the side of the head – is associated with people of African descent.

“Happy what would be Notting Hill Carnival my beloved London,” the English singer wrote in her caption. 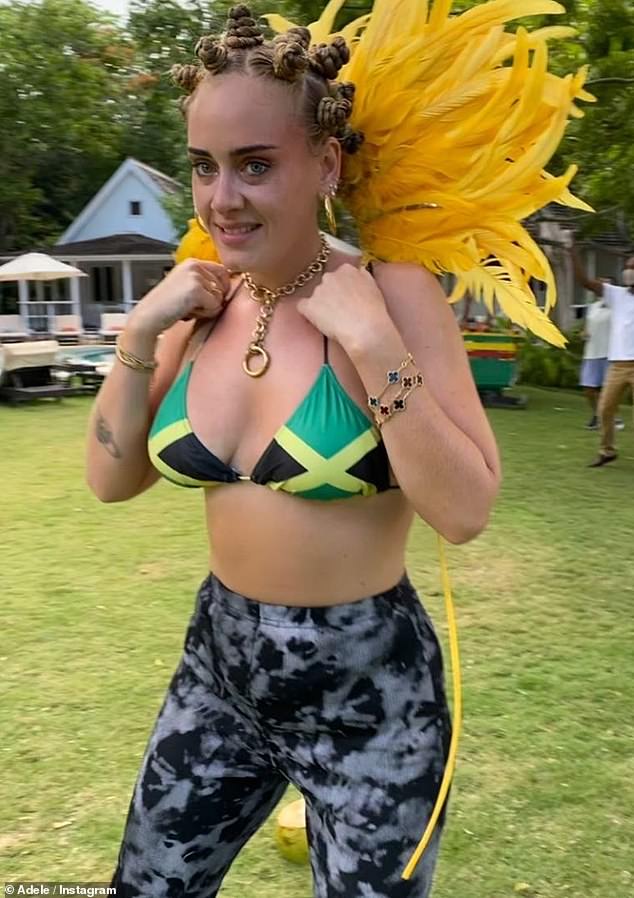 It wasn’t long before the 32-year-old’s choice of bikini and hairstyle drew more attention.

Some users shared a laugh at her expense, comparing the look to the Cynthia doll from the Nickelodeon cartoon “Rugrats” and remixing her classic hits with dancehall and Reggae beats.

Writing in the comments section of the Instagram post, a user said: “Bantu knots are NOT to be worn by white people in any context, period.”

If 2020 couldn't get anymore bizarre, Adele is giving us Bantu knots and cultural appropriation that nobody asked for.

This officially marks all of the top white women in pop as problematic.

Hate to see it. pic.twitter.com/N9CqPqh7GX

Not all the comment was negative and plenty of people were happy to rise to her defense:

‘Cultural appropriation’ is now a term used mainly by racists and dumb SJW’s who believe that certain hairstyles and clothes can only be worn by certain races.

Dear Black Americans, we love the Banta knot and I don’t think Jamaicans are complaining about the bikini.

Deal with your insecurities and leave Adele tf alone! pic.twitter.com/OVvbGmmq6t

Jamaicans is trending because SJWs are accusing Adele of cultural appropriation for wearing a Jamaican flag and Bantu knots.

We are the most unbothered people on the planet who have nothing but appreciation for everyone appreciating our culture.

Ya'll are miserable and ignorant pic.twitter.com/AL4lATICDh

Adele’s Instagram account drew attention earlier this year after she shared an image back in May showing a dramatic weight loss of around seven stone.

It came after the multi Grammy and Brit award-winning star filed for divorce from her husband Simon Konecki last September, citing “irreconcilable differences.”