Public Enemy has released a new music video for its remixed version of “Fight the Power” in which the rap group portrays Black Lives Matter protests as peaceful while completely omitting any scenes showing rioters attacking police officers, looting stores, or destroying private and public property.

If anything, the video portrays police officers as the real aggressors who are trained “to kill us,” as one protest sign reads.

The new video debuted online Monday as political tension surrounding ongoing rioting continued to dominate the presidential race. In a rare campaign stop, Joe Biden attempted to blame rioting on President Donald Trump. Biden made the claims despite President Trump’s recent offer to send federal officials into Portland to put an end to months of street violence. The president has also sent federal troops into Kenosha and Minneapolis to quell the rioting.

President Trump responded to Biden on Monday by tweeting that the Democratic presidential hopeful is avoiding blaming Black Lives Matter or Antifa because “he would lose the Radical Left Bernie” wing of his base.

In the new music video, Public Enemy uses recent clips showing Black Lives Matter protestors marching in the streets and exchanging heated words with law enforcement. The video features fleeting views of fires, which are relegated to the background.

The only scenes of physical aggression in the video feature police officers. But in one shot, rioters are standing over a massive fire. 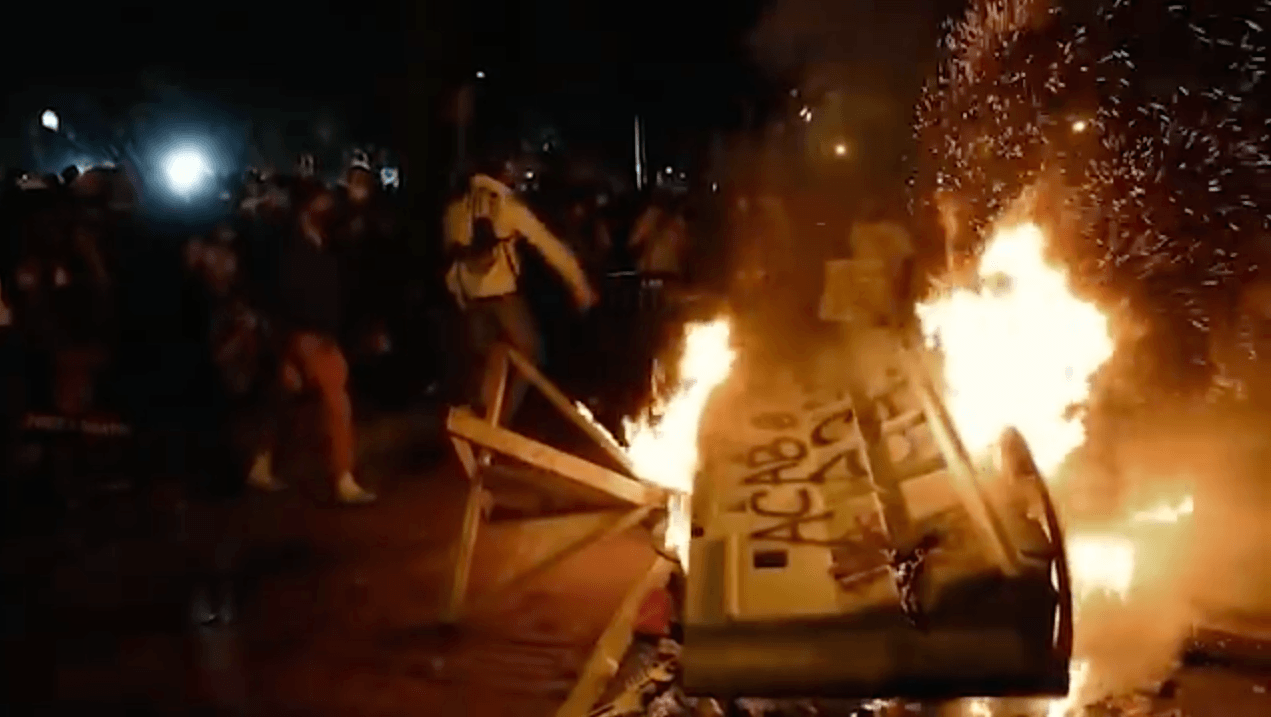 In a backdrop lotting and rioting, it’s police officers who are shown as the aggressors. In another scene, a line of riot cops pushes back BLM protestors in front of the Strand Bookstore in New York. 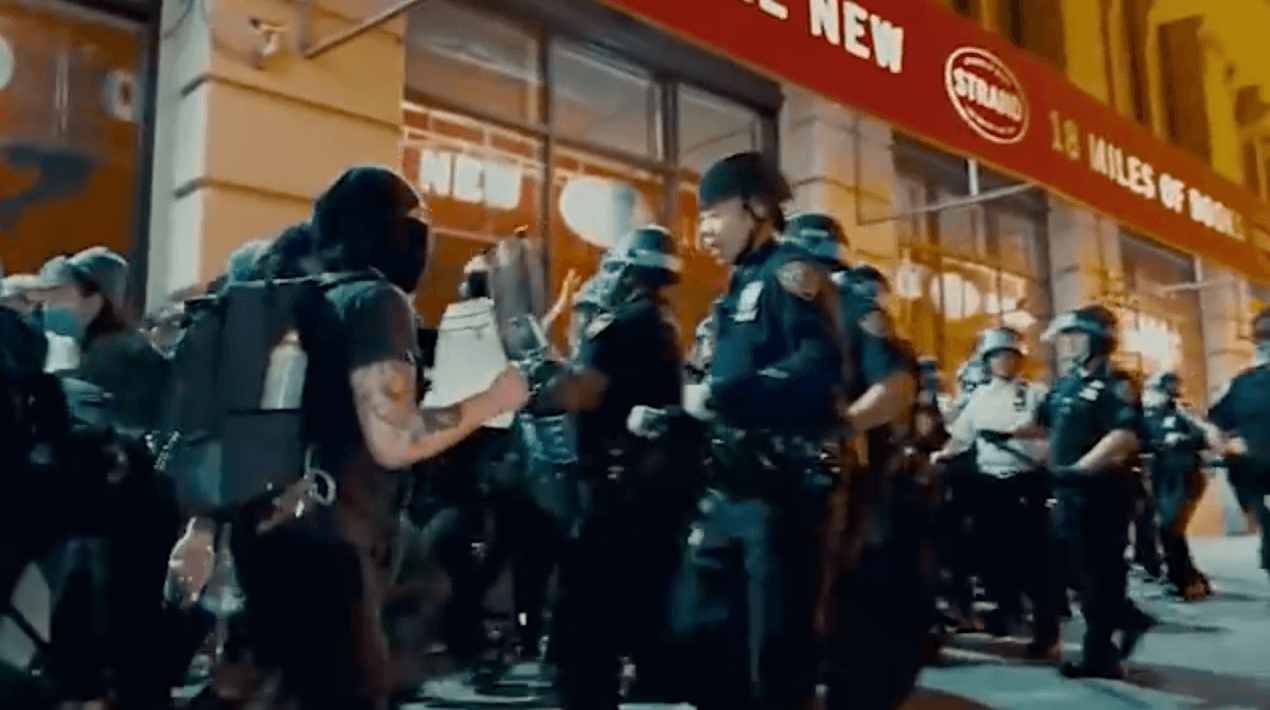 Seconds later, the video features a shot of a BLM protestor holding a sign that reads: “The police are trained to kill us.” 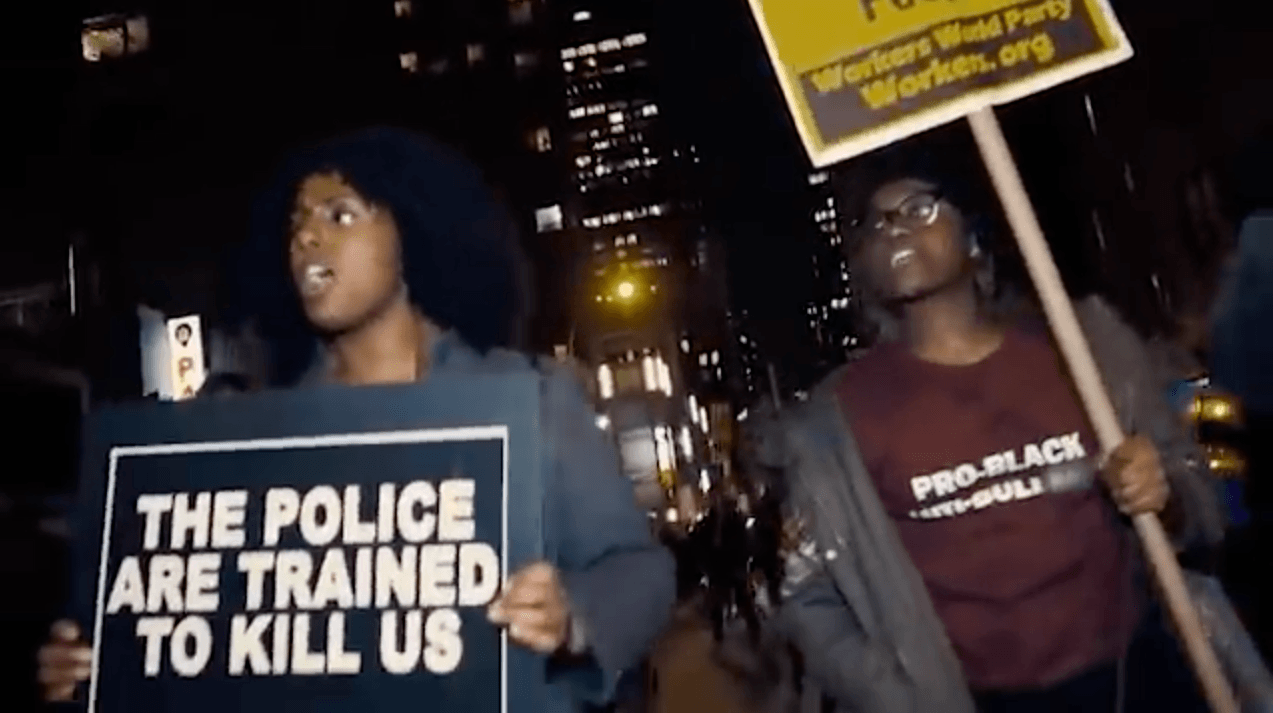 In recent months, Black Lives Matter rioters have laid waste to private property, looted stores, and torn down public statues in cities across America. They have physically assaulted law enforcement officers, including incidents in Washington, D.C., over the weekend where five officers were reportedly injured after being hit with rocks, bricks, and fireworks. Police officers have also been injured from Portland to Seattle, Washington.

Retired St. Louis police captain David Dorn was shot to death in June by a looter during a Black Lives Matter march.

None of these incidents are referenced in the “Fight the Power” music video, which features appearances by Flavor Flav, Nas, Rapsody, and Chuck D.

Public Enemy debuted its BLM-themed version of “Fight the Power” during the BET Awards in June. The new music video follows the rap group’s recently announcement that it has returned to Def Jam Recordings after more than two decades.

The new version of “Fight the Power” will be featured in Public Enemy’s new album What You Gonna Do When The Grid Goes Down, which is scheduled for release on September 25.