Puerto Rican born pop star Ricky Martin has lashed out at rising Latino support for President Donald Trump, calling it “really scary,” and arguing that Democratic nominee Joe Biden is the “only option” America currently has.

In an interview with Variety ahead of next week’s all-important election, Martin touted Biden’s decades in high-level politics as a reason to vote for him.

“I’ve been supporting Biden forever,” he said. “I think he is the only option we have and he is great and he has been in politics all his life. This is the moment. We all need to get together and be loud about the course of this nation.”

The 48-year-old also attempted to portray himself as a victim within Trump’s America because he and his family belong to certain minority groups.

“I am a Latino, gay [and] married to an Arab living in Trump’s America,” he said. “We check all the boxes.”

Discussing Latino support for Trump, which is especially strong in Florida where he resides, Martin described such differences of opinion among the Hispanic community as “really scary.”

“It is super sad,” he admitted. “Trumpeters make a lot of noise. And it’s scary to see their enthusiasm but us, we’re doing what’s right, the right way and we’ll see what happens in November. I’m very optimistic.” 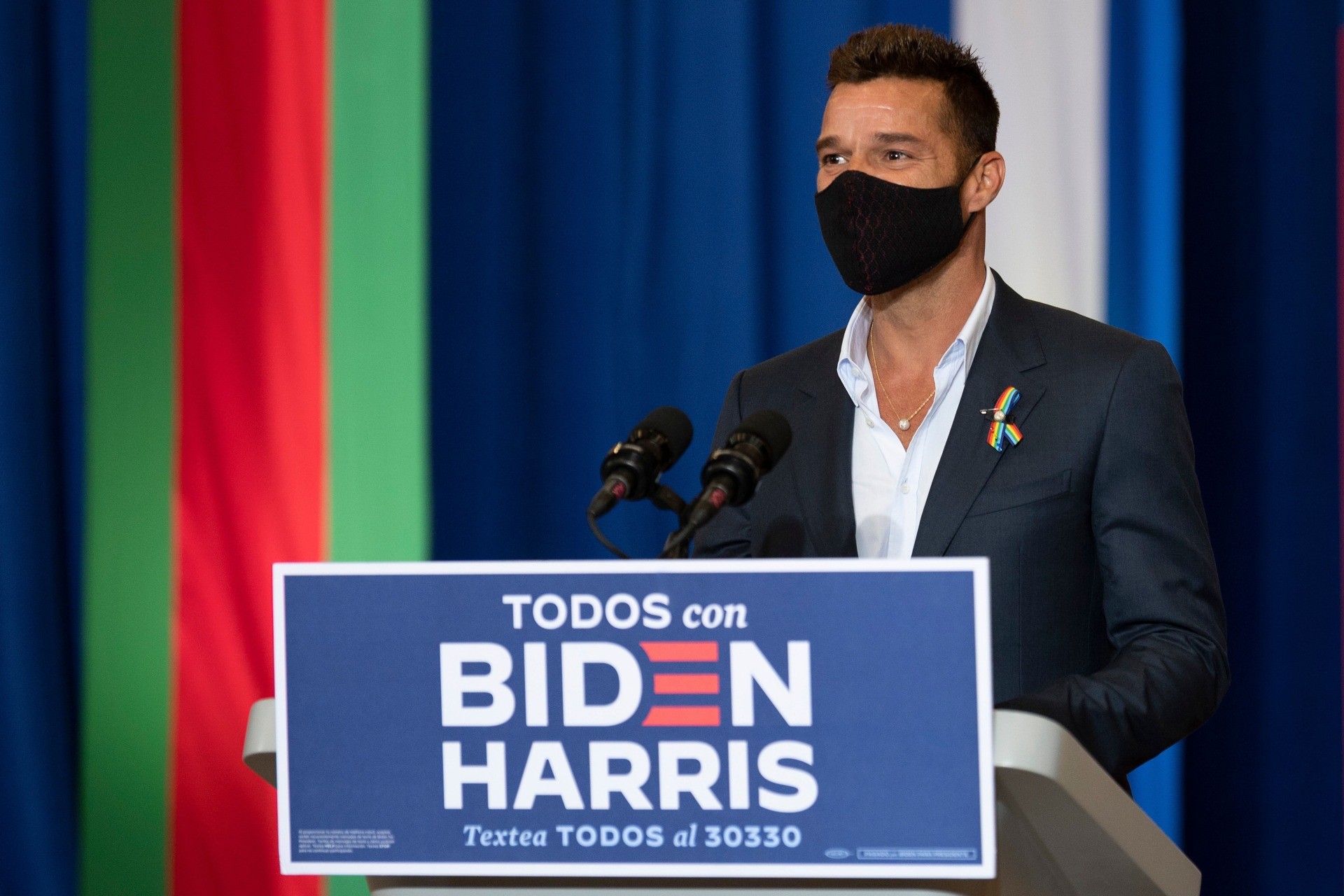 The singer also attempted to play down the significance of the decision of Puerto Rico Governor Wanda Vázquez to endorse Trump over Biden. “Who is that? Next,” he said. “She doesn’t exist. She wasn’t even elected by the people. She’s not part of this conversation.”

Last month, Martin joined actress Eva Longoria and singer Luis Fonsi for a Biden event in Florida aimed at courting the Hispanic vote. During the event, Biden attempted to impress the audience by playing Fonsi’s hit song “Despacito” on his phone. However, various polls indicate that the 77-year-old is struggling among Latino voters, with Trump holding a small but noticeable lead according to current voting intentions.

Breitbart News recently published a conversation between international news editor Frances Martel and investigative reporter Ildefonso Ortiz on the Hispanic vote and the values of the Democratic Party conflicting with Latino Americans.

“Our culture and Hispanic values do not align with progressivism, with the far left, and you see that in the fact that family is everything for Hispanics,” Martel said in a conversation with Breitbart News border reporter Ildefonso Ortiz. “We are a people of large families, big holiday parties.. we are very catholic, deeply religious… wherever we go we are working, we open businesses, we have an ambition to improve ourselves.