Actor Jason Sudeikis raised eyebrows at another awards show, this time by wearing a “my body my choice” sweater during Sunday’s Screen Actors Guild (SAG) awards ceremony. Sudeikis appeared on screen to accept his Outstanding Performance by a Male Actor in a Comedy Series award for his role in Apple TV’s Ted Lasso.

But much like his appearance during the Gold Globes, the Saturday Night Live alum chose politically charged apparel, wearing a $1,100 Gucci sweater often worn by pro-abortion organizers.

Jason Sudeikis has in the past claimed to be a “feminist,” however, his choice of sweater for the SAG awards may be tied more to the controversy he stirred during his appearance at the Golden Globes last month. 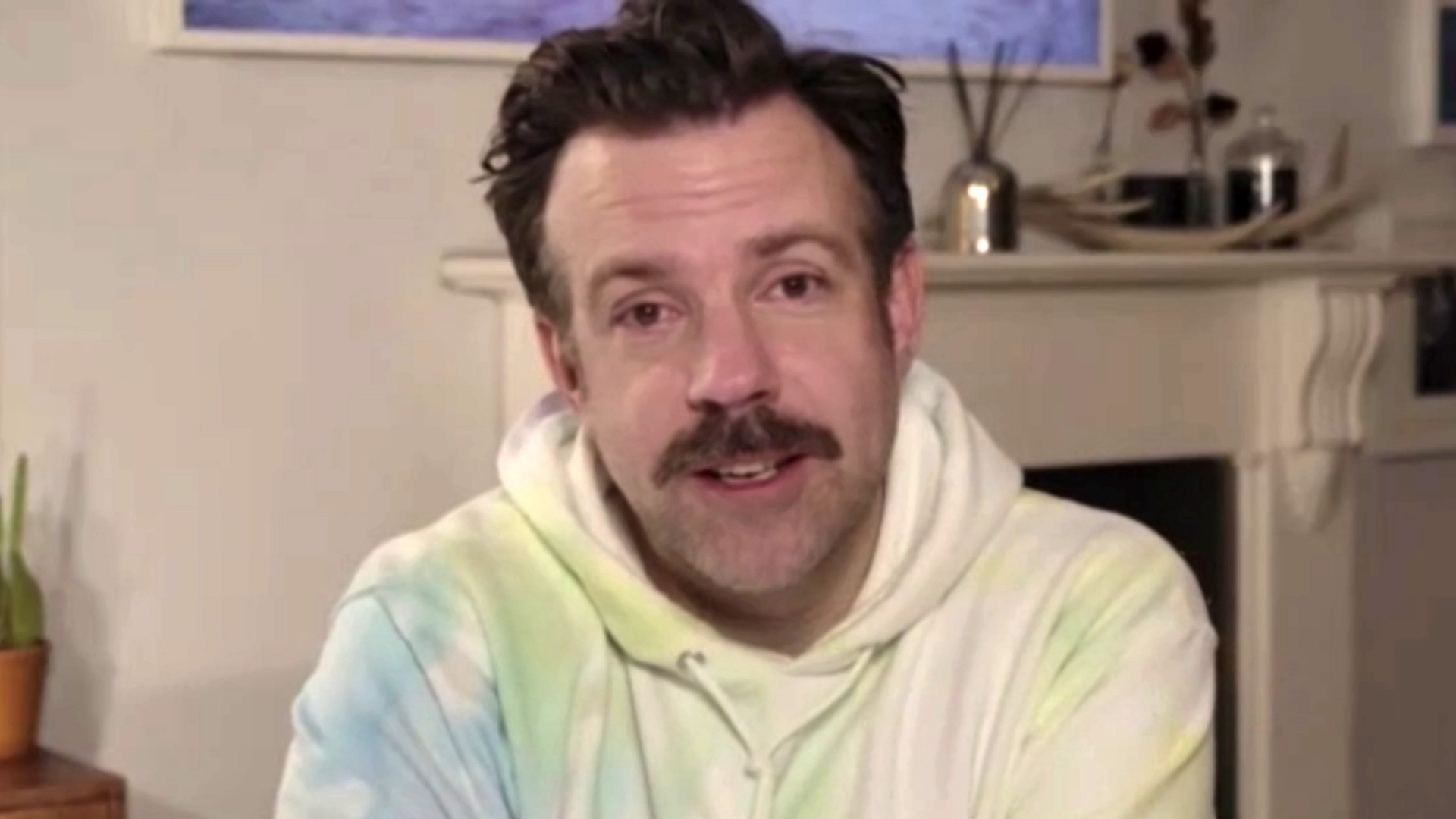 In this handout screengrab Jason Sudeikis, winner of Best Performance by an Actor in a Television series – Musical or Comedy speaks during the 78th Annual Golden Globe Awards Virtual General Press Room on February 28, 2021. (Handout/HFPA via Getty Images)

During the Globes, the Ted Lasso star appeared onscreen to accept his Best Actor award wearing a casual hoodie with the logo of his sister’s New York-based dance and workout studio.

His casual clothing prompted the Academy Awards to act preemptively by adding a formal rule prohibiting such garb for any broadcast.

Oscars producers published a letter noting that their awards are meant to be “inspirational and aspirational,” adding, “which in actual words means formal is totally cool if you want to go there, but casual is really not.”

Sunday’s SAG ceremony marks the third time Sudeikis treated an award ceremony with a bit less formality than the award organizers would like.

When he won a Critics’ Choice Award last month, Sudeikis wore a sweatshirt from Olivia Wilde’s film Booksmart featuring the logo of the fictional high school from the film.