Meghan Markle’s first children’s picture book failed to hit the UK Official Top 50 chart in its opening week of sales, with The Bench selling just 3,212 copies on release with an average rating of four stars.

The Daily Mirror reports the tome was beaten to the top of the sales charts by a volume from footballer Marcus Rashford.

The 40-page £12.99 ($18.42) effort is illustrated with pictures of a family including one of Meghan cradling a newborn baby in a possible nod to their newborn daughter Lili.

The book’s jacket describes the former actor as “a mother, wife, feminist, and activist,” committed to “activating compassion in communities across the world.” 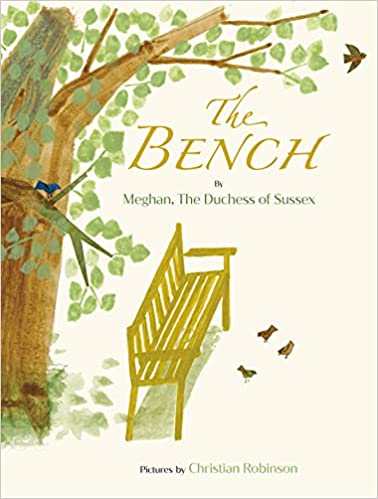 It has been illustrated by award winning artist Christian Robinson, and the audiobook is narrated by the Duchess of Sussex herself.

As Breitbart News reported, the British press so far has offered a mixed verdict on her work, with the New Statesman saying, “It is mind-boggling, really, how bad the book is. There is no story, just a series of platitudes about paternal love that at best might appeal to a highly emotional father, insecure in his new role.”

The Telegraph labeled it “The Duchess of Sussex’s semi-literate vanity project” while the Evening Standard called her writing “soothing, loving, although a little schmaltzy in places.”

“The biggest statement to the family the Sussexes have left behind comes from the line ‘You’ll tell him “I love you”, Those words always spoken,’” reviewer Emily Phillips wrote in the Standard.

“While Harry’s father Prince Charles famously once said, ‘whatever in love means’ about his new bride Diana, we’re being told that Harry will be telling their children he loves them a million times a day just like the rest of us.”

If sales remain less than overwhelming, the Duchess can console herself with the knowledge her wisdom and insight into the bonds forged by parenting will be seen in the U.S. as 2,000 copies of her literary work have been donated to libraries and schools across America for “no cost.”

Markle and husband Prince Harry are currently on a self-imposed 20 weeks of parental leave to welcome their newborn daughter to the family.