Jeopardy! is the latest victim swept up in a wave of social media-driven fan fury this week after the famed quiz show delivered what was deemed by some viewers as an offensive clue during Monday’s broadcast.

The topic in question concerned a medical condition in which the contestants were asked to name the human organ targeted by a disease known as the “Grinch Syndrome,” the New York Post reported. 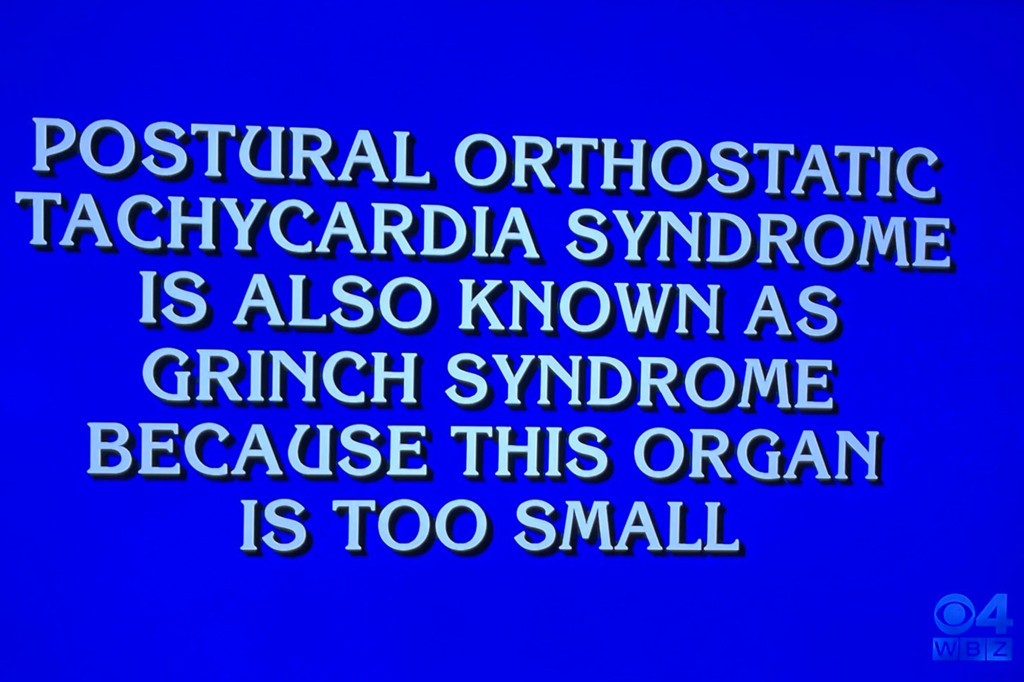 The answer the show was looking for was “the heart.” But according to doctors at Johns Hopkins Medicine, the syndrome is often misunderstood and most people who suffer from it have normal sized hearts.

By Tuesday, the show was apologizing after people who suffer from the syndrome informed the long-running game show that “Grinch Syndrome” is viewed as an offensive term because the Dr. Seuss character, The Grinch, has a heart that is too small because he is filled with hate, not because he has a medical condition.

Consequently, the show offered an apology, saying, “Yesterday’s program included a clue about postural orthostatic tachycardia syndrome (POTS). After hearing from the community, we found we used an outdated and inaccurate term for this disorder, and we apologize.”

This appeared on Jeopardy tonight. Grinch syndrome is an offensive term. Can you imagine Jeopardy making light of cancer or MS patients with a "funny" name for their debilitating health condition? Not acceptable. We'd love to see real questions about the autonomic nervous system. pic.twitter.com/kqetij1Jwx

The name refers to a creature that is less kind a loving because of its small heart. Disregarding the inaccuracy, calling someone a Grinch because they have a medical condition is insensitive and ableist. Also, "fat" is a factual descriptor, not the same thing.

hey @jeopardy this isn’t accurate at all. would love some pots representation and awareness but this ain’t it my dude 😤 pic.twitter.com/SgPpla1pXp

The @Jeopardy writers are the real grinches. Tighten it up and get it together. You are an embarrassment. #longcovid #POTS pic.twitter.com/Ha2oGI2gBd

Oh @Jeopardy this is shameful. I have POTs and am sad you would resort to this. How low. And I might add, incredibly incorrect. Would you seriously tell a kid he has a condition that makes him Grinch?! I just…can't believe this. #jeopardy https://t.co/9u5GIgdqE2