When a judiciary charged with enforcing the Constitution releases someone like a Bill Cosby from prison, we should all breathe a sigh of relief.

For some, I realize this is a tough pill to swallow, most especially his alleged victims. Bill Cosby is a credibly accused serial rapist who probably deserves to spend the rest of his life in prison. But a legal system with the moral courage and integrity to protect the rights of a Bill Cosby is the only legal system you want to live under.

Let me tell you what happened…

A prosecutor stripped an American of a Constitutional right, specifically his Fifth Amendment right.

This is not an exaggeration.

By releasing a public statement that said he would not be charged criminally, a prosecutor removed Cosby’s Fifth Amendment right not to incriminate himself. Since he was in no danger of being prosecuted, Cosby could not legally take the Fifth and had no choice but to testify under oath in a civil suit based on a 2004 rape allegation. 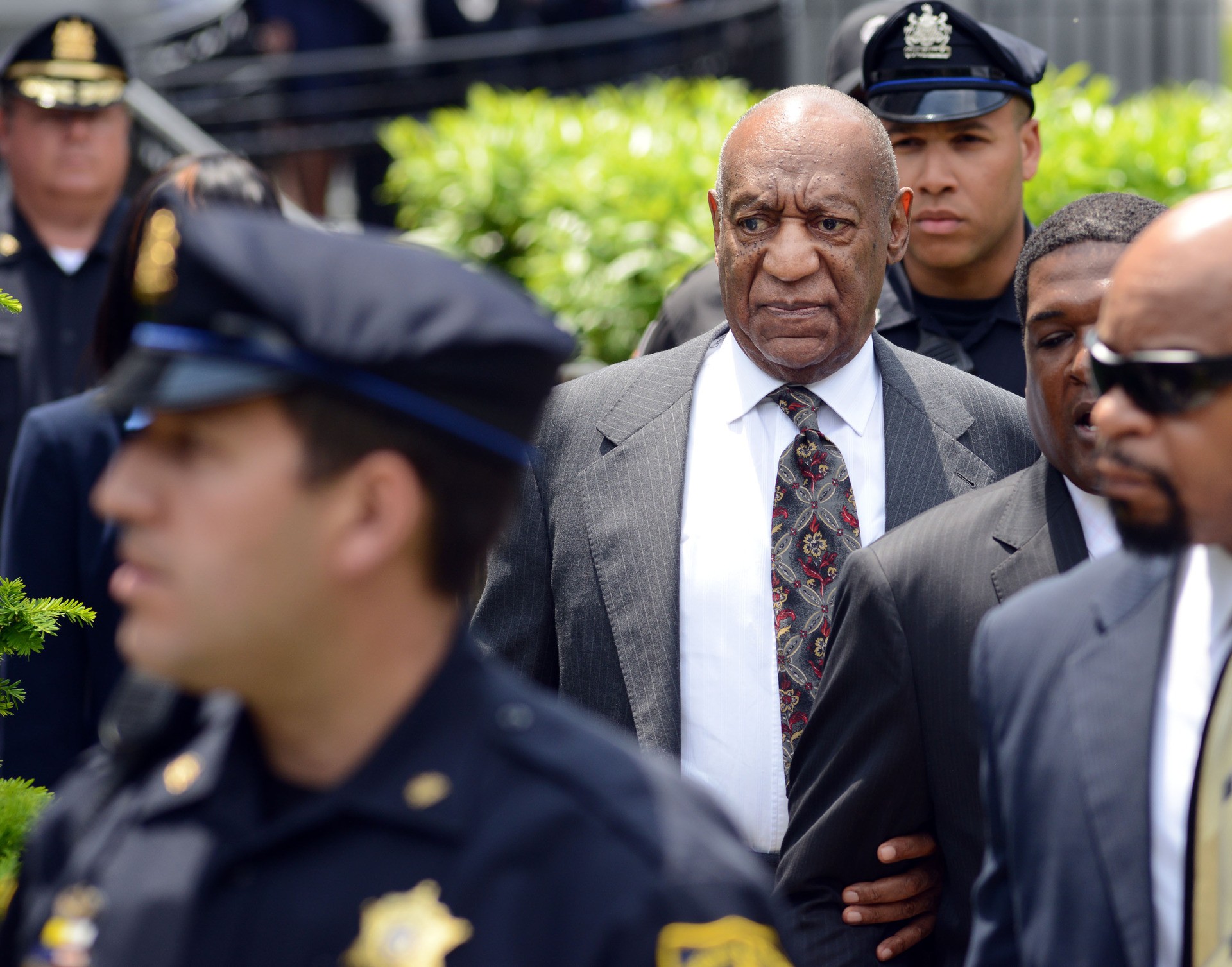 Actor and comedian Bill Cosby leaves a preliminary hearing on sexual assault charges on May 24, 2016 in at Montgomery County Courthouse in Norristown, Pennsylvania. Enough evidence was found to proceed with a trial, a Pennsylvania judge ruled. (William Thomas Cain/Getty Images)

By removing the threat of prosecution, the prosecutor forced Cosby into a position where he could only 1) incriminate himself, 2) be held in contempt for refusing to testify, or 3) commit perjury.

Because he was told he was under no threat of prosecution for choosing option one, he wisely chose option one. Anything else would have opened him up to additional legal jeopardy.

This is not unheard of. In search of bigger fish, prosecutors will sometimes corner a witness into testifying against, say, a drug lord or mob boss by granting the witness immunity. With immunity, there’s no way you can incriminate yourself, so you cannot legally hide behind the “taking the Fifth.” You must testify.

The prosecutor who granted Cosby this de facto immunity did so in the interest of justice. He didn’t believe he could win a criminal trial, so he removed Cosby’s right to take the Fifth in the civil case so the alleged victim could have her day in court. And she did. Although he maintained it was consensual, Cosby was forced to admit to drugging women and having sex with them, and Constand won an undisclosed settlement. 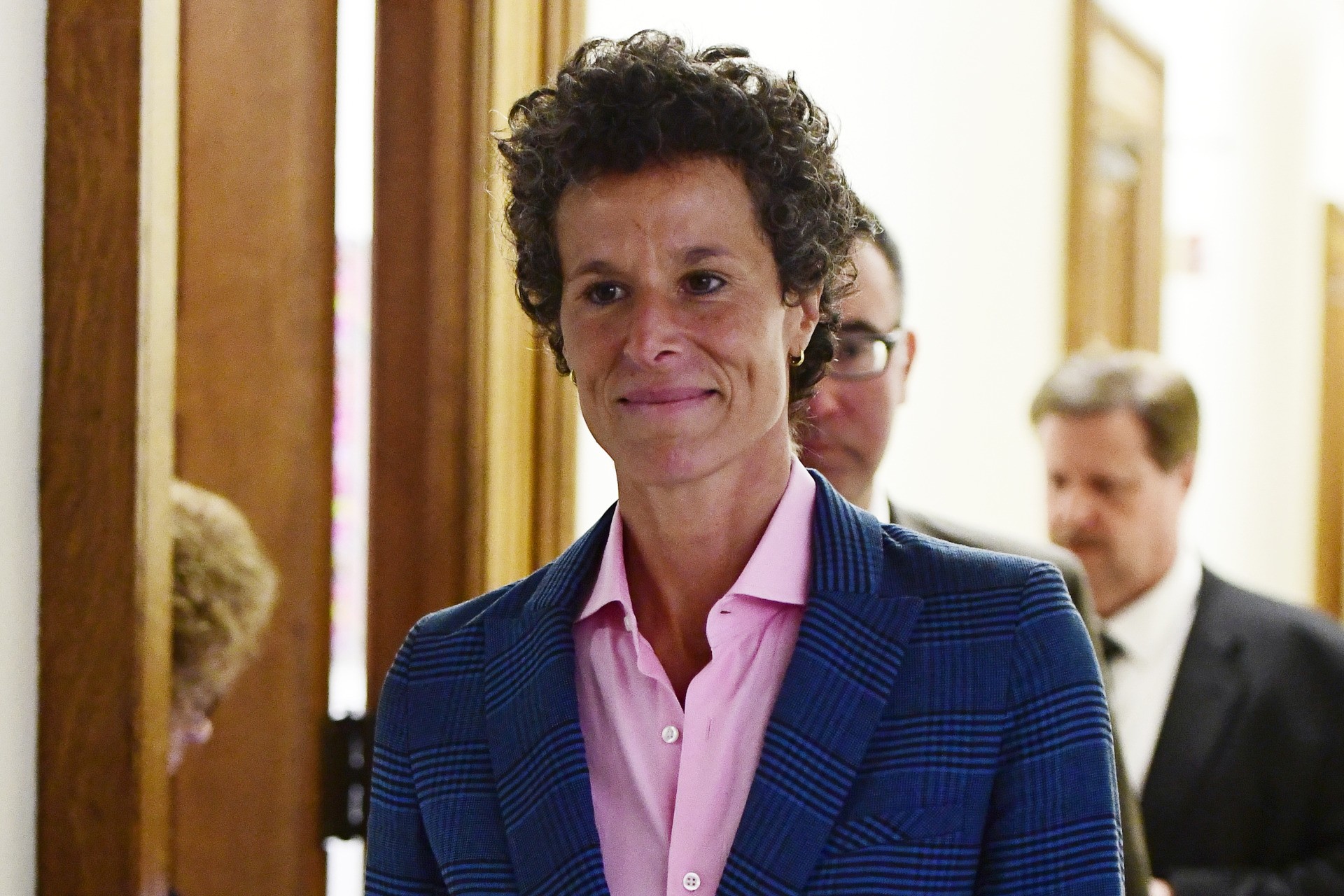 Andrea Constand, main accuser in the Bill Cosby trial, leaves courtroom A after testifying in the Bill Cosby sexual assault trial at the Montgomery County Courthouse, on April 25, 2018, in Norristown, Pennsylvania. A former Temple University employee alleges that the entertainer drugged and molested her in 2004 at his home in suburban Philadelphia. More than 40 women have accused the 80 year old entertainer of sexual assault. (Corey Perrine-Pool/Getty Images)

The Pennsylvania Supreme Court explained this in its Wednesday ruling [emphasis added]:

Seeking “some measure of justice” for Constand, D.A. Castor decided that the Commonwealth would decline to prosecute Cosby for the incident involving Constand, thereby allowing Cosby to be forced to testify in a subsequent civil action, under penalty of perjury, without the benefit of his Fifth Amendment privilege against self-incrimination. Unable to invoke any right not to testify in the civil proceedings, Cosby relied upon the district attorney’s declination and proceeded to provide four sworn depositions. During those depositions, Cosby made several incriminating statements.

It’s fine to do this if the State keeps its promise not to prosecute. But in Cosby’s case, this promise was not only violated in 2018 with a criminal prosecution (by a different prosecutor), the state used his testimony in the civil case against him.

You can’t do that!

No matter how evil this person might be, no matter his crimes, you cannot do that.

This was an obscene violation of an American’s fundamental right, and the Pennsylvania Supreme Court’s decision to overturn the conviction and bar a retrial is exactly right. The only thing troubling about the decision is that it was 4-3 instead of 7-0.

For the record, the three women on the Court all sided with Cosby.

Is it awful when someone you believe is a serial rapist walks free? Of course, it is.

But it’s also a good thing, an excellent thing, something we should all take comfort in — especially now that we live in a world where McCarthyism has infected our major institutions, including the media, academia, the surveillance state, the Democratic Party, entertainment, Big Tech, and too much of the judiciary.

Between #MeToo and Black Lives Matter, the left has lost its collective mind regarding civil and human rights. As a result, blacklists, book banning, the censorship of art, and political persecution are rampant in our society, especially in the kangaroo court of public opinion.

But with Cosby, it wasn’t the court of public opinion. It was our cherished legal system, and that is terrifying. Trust me, as awful as it is to see a Bill Cosby walk like this, you do not want to live in a world where the State is allowed to strip you of a vital right to satisfy a mob, even if the mob happens to be correct about its target’s guilt.

Our system is set up to allow 10,000 guilty men to go free to ensure one innocent man does not go to prison — and believe me, that’s the way you want it.

And the only way to ensure the system stays that way is to say to the State when it breaks the rules, You broke the rules, and now all your hard work was for nothing. If you want to convict someone, do it properly, or we’ll let him walk.

This is how it must be, or none of us are safe.

If you disagree, let me ask you where you’d draw the line. If the State is certain of guilt, are you okay with planting evidence against a Bill Cosby or paying witnesses to perjure themselves with false testimony?

Sir Thomas More: What would you do? Cut a great road through the law to get after the Devil?

William Roper: Yes, I’d cut down every law in England to do that!

Sir Thomas More: Oh? And when the last law was down, and the Devil turned ’round on you, where would you hide, Roper, the laws all being flat? This country is planted thick with laws, from coast to coast, Man’s laws, not God’s! And if you cut them down, and you’re just the man to do it, do you really think you could stand upright in the winds that would blow then? Yes, I’d give the Devil benefit of law, for my own safety’s sake!

There’s no doubt in my mind that the witch hunt aspect of the #MeToo movement, all the public pressure, not to mention the reward available to The Man Who Cut Down The Laws To Get That Devil Bill Cosby motivated the State to brazenly violate a man’s Constitutional rights… Well, for my own safety’s sake, I am not okay with that.

It’s like the First Amendment. The reason I defend the worst speech out there, the vilest and ugliest stuff imaginable, is because I believe in the First Amendment. If you are not defending speech you disagree with, you are not defending speech. When vile speech is protected, I know my speech is safe. I know the free-speech line is waaaayyyy over there, far away from me, which is exactly where I want to keep it.

Am I happy a credibly accused serial rapist is running around free? No, of course not. But the unchecked power of the State is a dire threat to us all, a terrifying threat capable of more human wreckage than you can begin to comprehend.

In Pennsylvania, at least, there is a judicial system brave and principled enough to ignore the mob and rule on the side of protecting the Constitutional rights of a public pariah and convicted rapist.

That, especially in this climate, brings me only comfort.