Like the dreadful Birds of Prey, Black Widow is only receiving positive reviews because it’s directed by a chick, and everyone’s terrified of being herded into solar-powered cattle cars and sent to Wokeschwitz.

That needed to be said.

Other than a cash grab and taking a feminist knee to the Woke Nazis, Black Widow doesn’t have a rationale to exist. Set between Captain America: Civil War (2016) and Avengers: Infinity War (2017), we already know Natasha Romanoff, AKA Black Widow (Scarlett Johansson), survives to fight that Infinity War and then dies in Endgame, so what exactly are we doing here? Oh, I know: the sister, she’s gonna get her own franchise or TV show or both, and is it just me, or is the Marvel Cinematic Universe (MCU) starting to feel an awful lot like homework?

The sister is Yelena Belova (Florence Pugh), and Pugh is by far the best thing Black Widow has going for it. In fact, the first 45 minutes are pretty good. Thanks primarily to Pugh and a fairly down-to-earth plot reminiscent of Marvel’s best entry yet, Captain America: The Winter Soldier (2014), I was enjoying myself.

Then, on a dime, it turns to garbage. And you can’t say you weren’t warned. That quick scene of Natasha watching Moonraker (1979)?  It’s not a joke. It’s a threat.

The year is 2016, the Avengers have split up, and Natasha’s on the run for violating the Sokovia Accords. She lands in a Norway safehouse and receives a mysterious package the Taskmaster very much wants. This leads her to Budapest and a reunion with her sister Yelena, a recent escapee from the same Black Widow project Natasha fled. Only they’re not really sisters. For three years, along with their fake father Alexei (David Harbour) and fake mother Melina (Rachel Weisz), they only pretended to be a family, one living the American Dream in Ohio to spy on S.H.I.E.L.D.

So the Black Widow escapees decide it would be “fun” to destroy the Black Widow Project (if only it were fun for those of us watching), which is run by the insidious General Dreykov (a wasted Ray Winstone doing his best in a D-grade Bond villain role). From his Red Room, this Toxic Male brainwashes young women to do his bidding and is preparing to *yawn* take over the world or something. 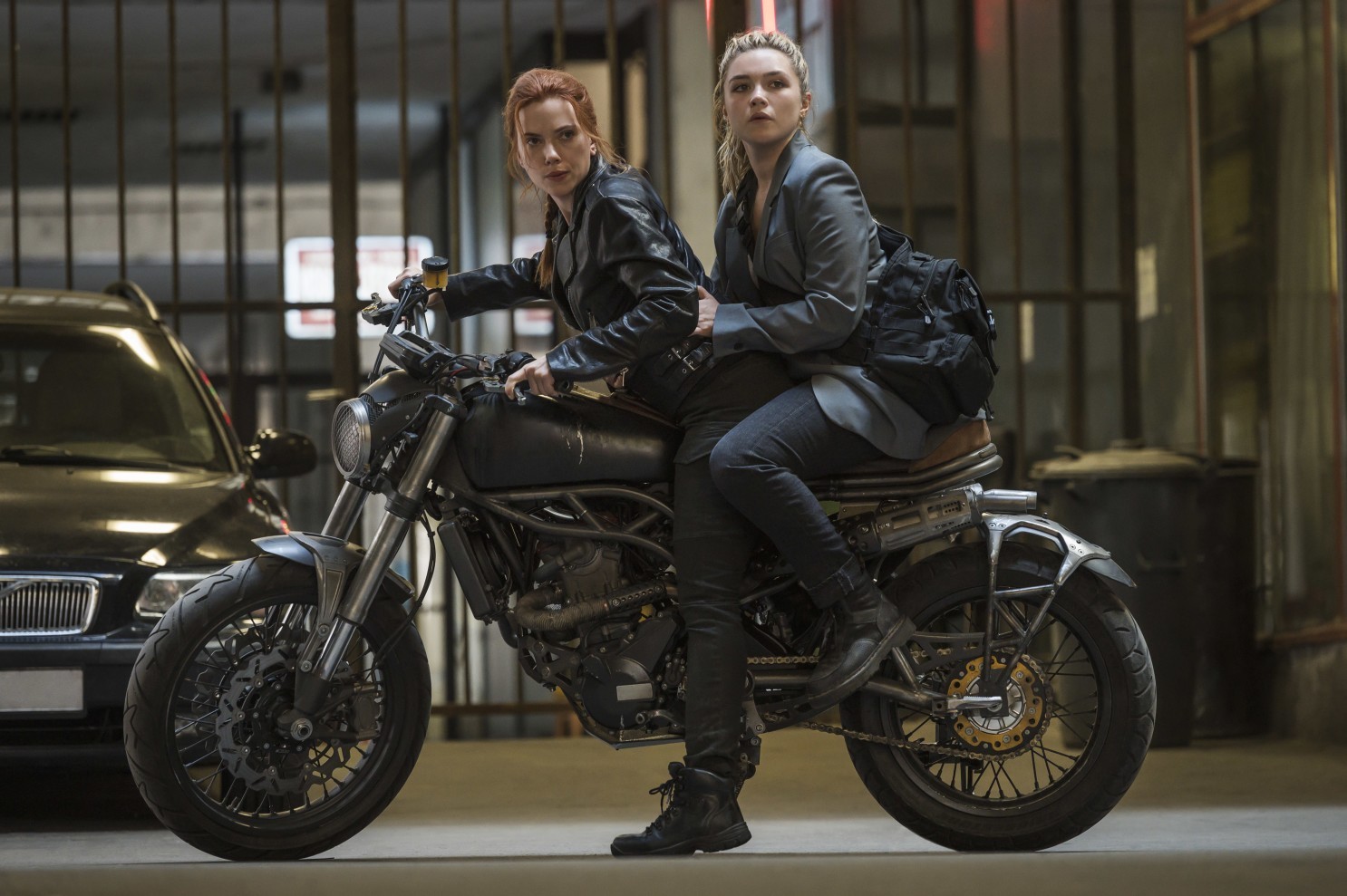 The movie officially goes to shit during a prison break where, for some desperate reason, on top of the rest of the CGI, an avalanche is added to the mix.

From here, it’s all about Harbour chewing scenery as a dorky “dad” and his “dad bod” looking to recapture his former glory, which makes zero sense after the opening scene, where he’s portrayed as a capable and resourceful spy. Harbour does what he can, but these scenes are nowhere near as amusing as the filmmakers think, and they go on forevvvvvvverrrr.

Then it’s pure Moonraker, but without the fun and sex appeal.

Here we have a movie buried in attractive women and not one shot of cleavage. Yep, just like every Marvel entry post-Iron Man 2 (2010), Black Widow is vanilla and sexless. Hell, even during the days of the old Production Code, we got some hot-cha-cha. Honestly, you get the feeling Jerry Falwell was on set ringing a bell whenever things started to loosen up.

Will this dreadful era of The Uptight Woke Gestapo ever end?

Without some cleavage to distract, this is where the mind roams.

I will say this for Black Widow; it’s nowhere near as oppressively uptight and anti-fun as Captain Marvel (2019).

We’ll see what the rest of the public believes, but I’m feeling more than a little Marvel’d out, and there’s nothing in the MCU’s upcoming slate that looks terribly appealing. On top of losing their most appealing stars, the franchise is bragging about going openly woke, and, well, that’s worse than homework.