There are millions of working women who’ve been pushed out of the labor force due to the coronavirus pandemic. So, Meghan Markle, attempting to connect with the working women of America, used her 40th birthday to promote her new “40 x 40” initiative. In a video, shot from her $15 million palatial home in California, the actress said the initiative will recruit 40 of the duchess’ famous friends to donate 40 minutes of their time to mentor a woman who is returning to the workforce following the pandemic.

“In reflecting on my 40th birthday and the many things I am grateful for, I’m struck that TIME IS AMONG OUR GREATEST AND MOST ESSENTIAL GIFTS,” the duchess said in a statement on her site Archewell.

“Time with our loved ones, time doing the things we love, time spent learning, laughing, growing, and the sacred time we have on this earth. Amongst the most valuable gifts of time is also time spent in service to others knowing that it can contribute to incredible change.”

She added: “I believe mentorship is one way to help women regain confidence and rebuild their economic strength.” 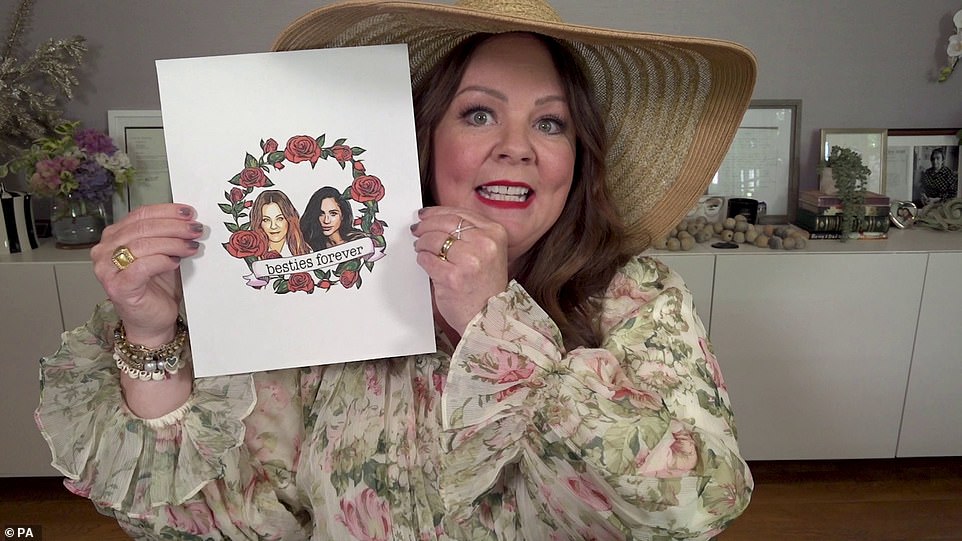 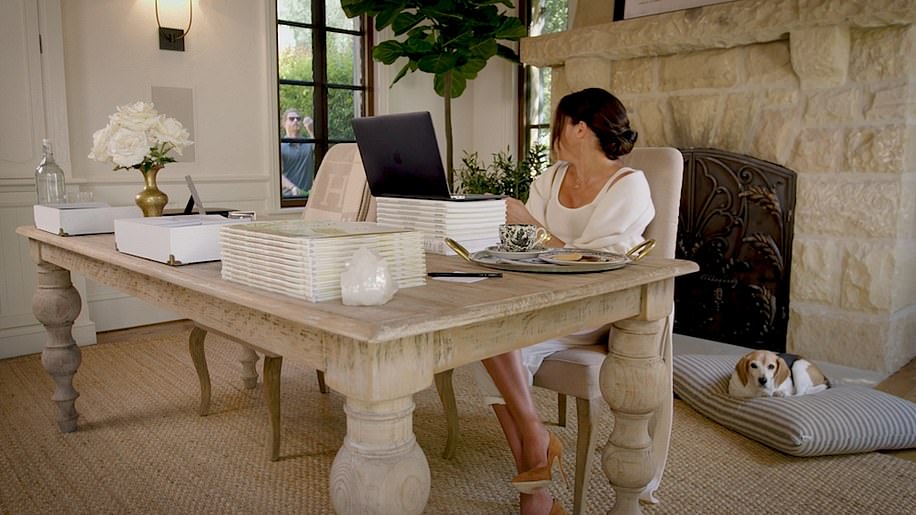 Meghan Markle, the Duchess of Sussex, celebrated her 40th birthday Wednesday with a female empowerment video shot from her $15 million palatial home in California.

Melissa McCarthy provided comic relief, donning a series of silly costumes, while Prince Harry appeared at the end of the video, juggling balls in air outside the window.

The duchess shot the video at the Montecito, California, mansion where she and Prince Harry are raising their two children, Archie and Lilibet.

Despite requests for privacy, the formerly royal couple have embarked on a media blitz in recent months. Prince Harry recently announced he will publish his memoirs, with Random House planning to release the book in late 2022. Meghan recently published the picture book The Bench through Random House Books for Young Readers.

Earlier this year, the couple sat for a televised interview with Oprah Winfrey in which they accused the royal family of expressing racist concerns, including how dark their son Archie’s skin would be.

The couple also has a deal with Netflix through their production company. The deal will include documentaries, features, and animated shows for children.