Rock legend Eric Clapton has released a new, pro-freedom single in which he rails against authoritarians who crush individual liberties. “This Has Gotta Stop,” which the singer dropped Friday, features the refrain, “This has gotta stop / Enough is enough / I can’t take this BS any longer.”

Clapton also released a music video for the single that features animated images of people being controlled like marionettes. Other sequences show crowds of people addicted to smartphones and protestors demonstrating for freedom.

The song is mostly devoid of political references, preferring to stay as general as possible. The one exception is a reference to Jam for Freedom, the British anti-lockdown group that Clapton has supported.

Clapton has publicly opposed shutdowns and has expressed skepticism of COVID-19 vaccines after experiencing what he has described as debilitating side effects from the AstraZenica shots. 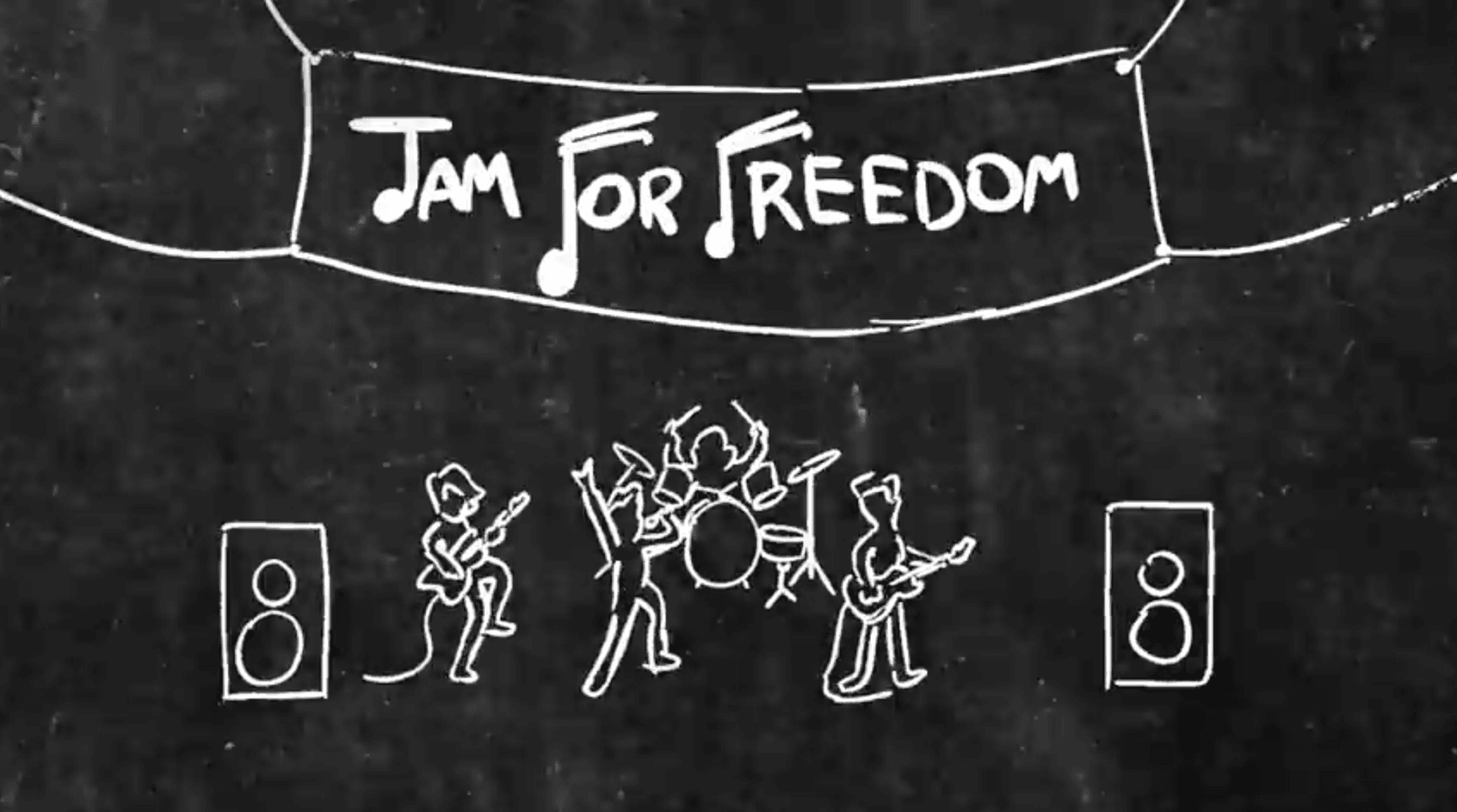 In the new single, he seems to reference his bad experience by singing “I knew that something was going on wrong / When you started laying down the law / I can’t move my hands, I break out in sweat / I wanna cry, I can’t take it anymore.” The video and the song come as protests against COVID-19 lockdowns and restriction break out across the world. 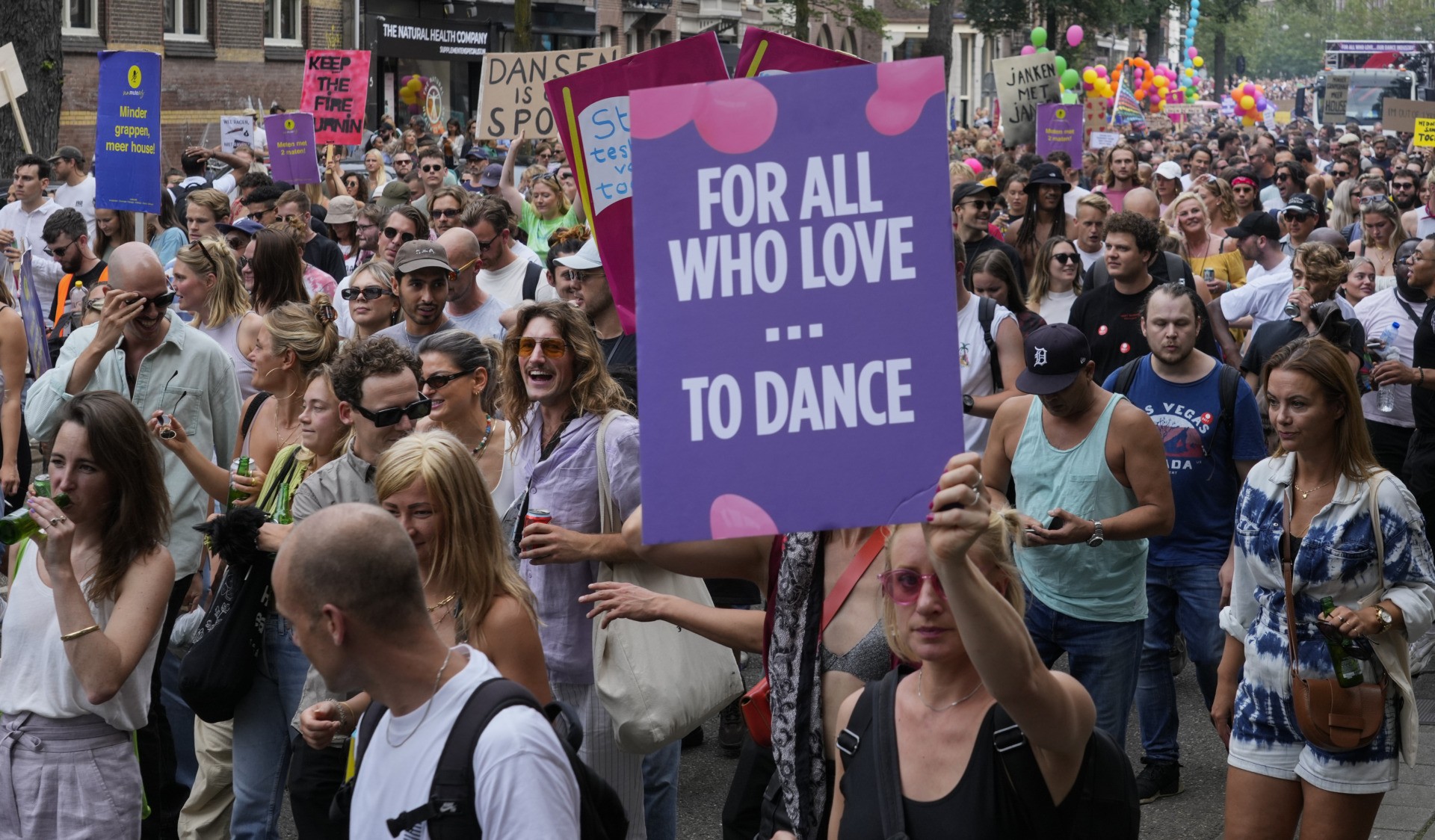 Thousands of fans of music festivals stage a protest in Amsterdam, Netherlands, Saturday, Aug. 21, 2021, against the government’s COVID-19 restrictions on large-scale outdoor events. On Saturday, the festivals came to music fans as hundreds of performers and festival organizers held demonstration marches through six Dutch cities to protest what they argue are unfair restrictions that have forced the cancellation of summer festivals and other events. (AP Photo/Peter Dejong)

Most of the video promotes pro-freedom themes. Some scenes call attention to severe weather events from wildfires to ocean pollution. In one sequence in the animated music video, people are shown dangling from strings connected to the hand of what appears to be an all-powerful authority figure. 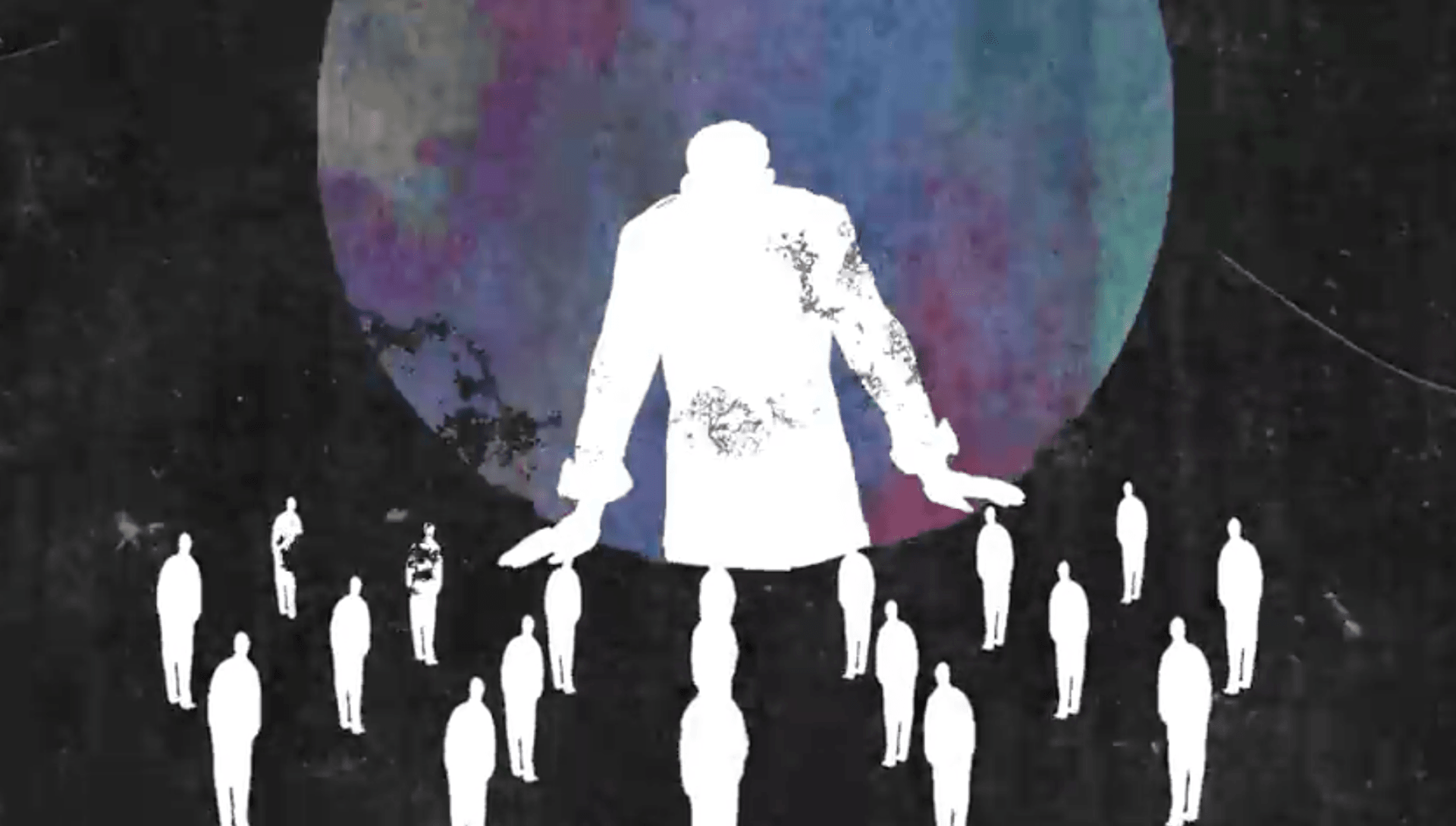 In another scene, a solitary figure is being manipulated by strings attached to his arms.

This isn’t the first time Eric Clapton has used music to air his views over the loss of freedoms during the coronavirus pandemic. As Breitbart News reported, Clapton teamed up with Van Morrison last year to release the single “Stand and Deliver,” which criticized government-imposed lockdowns.