Minaj has been feuding with corporate media ever since expressing skepticism about coronavirus vaccines when she tweeted last week that she was skipping the Met Gala over its vaccine requirement.

The rapper claimed that a friend of a cousin in her native country of Trinidad and Tobago experienced impotency after getting a COVID vaccine. Minaj did not specify which vaccine he received. According to Trinidad and Tobago Newsday, the primary vaccine being distributed in the country is the Chinese-developed Sinopharm. Trinidad Health Minister Terrence Deyalsingh later said her claim was “false.”

In the purported text messages Minaj shared on Friday, someone who identifies herself as reporter Sharlene Rampersad of the Guardian Media Limited — a media company headquartered in Port of Spain, Trinidad and Tobago — appeared to be speaking with someone in Trinidad who knows the rapper, requesting an interview.

“Just letting you know, CNN is in the country looking for you,” one purported text message reads.

“And when they find you, they won’t hesitate to reveal where you live or where you [girlfriend] lives… anything and anyone who is tied to you,” the screenshot says. “If you speak to me, we won’t reveal those details.”

Nicki Minaj says her family in Trinidad have been harassed and threatened by journalists. pic.twitter.com/s6AzYUN2lT

In Instagram Stories, Minaj intimidated the reporter named in the screenshots, writing, “Threatening my family in Trinidad won’t bode well for you.”

“They’re forcing my family to have to hide out,” the rapper added. “This is what speaking up looks like. Millions of poor people are treated this way by the ppl you think are the ‘good guys.’ This is unconscionable.”

“Sharlene bitch pick up ya phone hoe,” she said in another post. 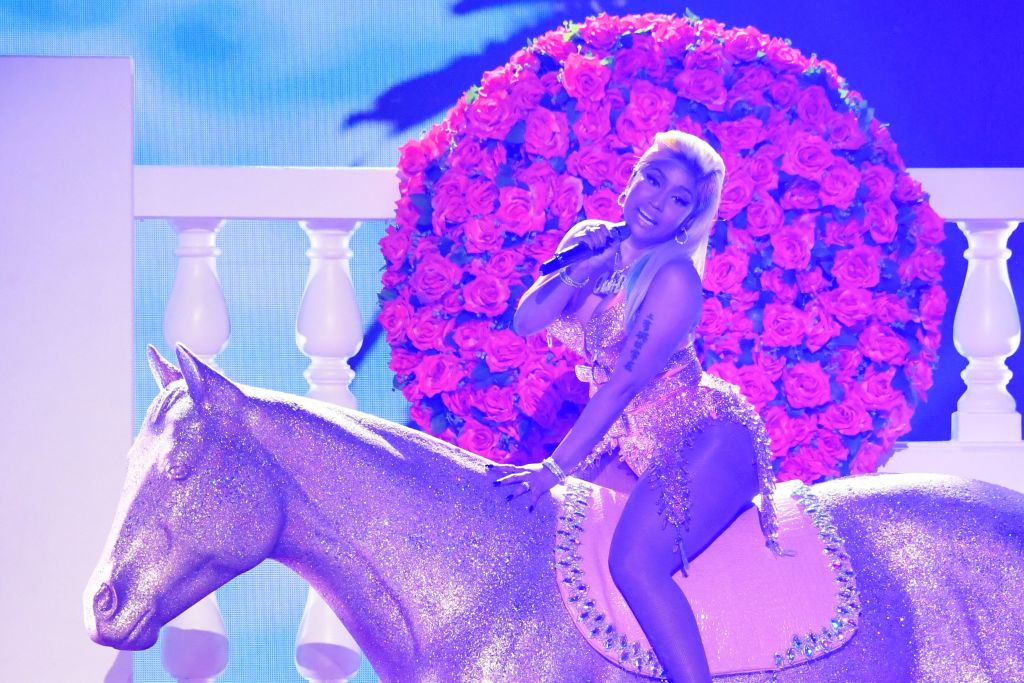 Minaj also called out a journalist from the Daily Mail, although it remains unclear what she believes the reporter did.

Guardian Media Limited released a statement on Friday that appeared to accuse Minaj of “intimidation,” and “aggression on social media,” as well as subjecting the company’s journalists to “a range of attacks via social media including death threats.”

“Today, in the legitimate pursuit of a story that has both local and international interest, one of our journalists has been subjected to a range of attacks via social media including death threats,” Guardian Media said. “This is unacceptable and we have taken all measures within our control to ensure her safety and security.”

“At Guardian Media Ltd. we denounce intimidation of journalists in any form,” the company continued. “Balanced reporting which presents all perspectives is fundamental to the democratic process and we will continue to champion vigorously the freedom of the press.”

“The use of aggression on social media to intimidate can have adverse physical and psychological effects on people,” Guardian Media added. “As a responsible media house, we encourage others to stand up against this type of behaviour as we can all make a difference in addressing this global challenge posed by the pervasive nature of social media.”