Which side of the velvet rope are you on? Are you one of the cool kids? Were you born on the right side of the tracks? Did your ancestors come over on the Mayflower? Are you on the Forbes 400 list of the richest Americans? And now another question to test your social standing: Do you have a high enough status so that you don’t have to wear a face mask?

That last question comes to mind as we think about last weekend’s Emmy Awards in Los Angeles, which were staged on a strictly two-tier basis: The Hollywood glitterati performers and guests did not wear masks, while the help did.

This tableau was apparently too much for comedian Seth Rogen. He blasted the Emmy operators, saying, “They said this was outdoors. It’s not. They lied to us.”

Needless to say, CNN, always eager to help the elite wriggle out of an optical jam, rushed out this report:

LA County Department of Public Health tells me that the mask-less Emmys were not in violation of the county’s mask mandate because “exceptions are made for film, television, and music productions.”

And so we learn that those involved in film, television, and music production are immune from the virus, nor evidently can they be carriers. Any questions?

The Emmys, of course, were part of a pattern: One rule for me, and one rule for ye. 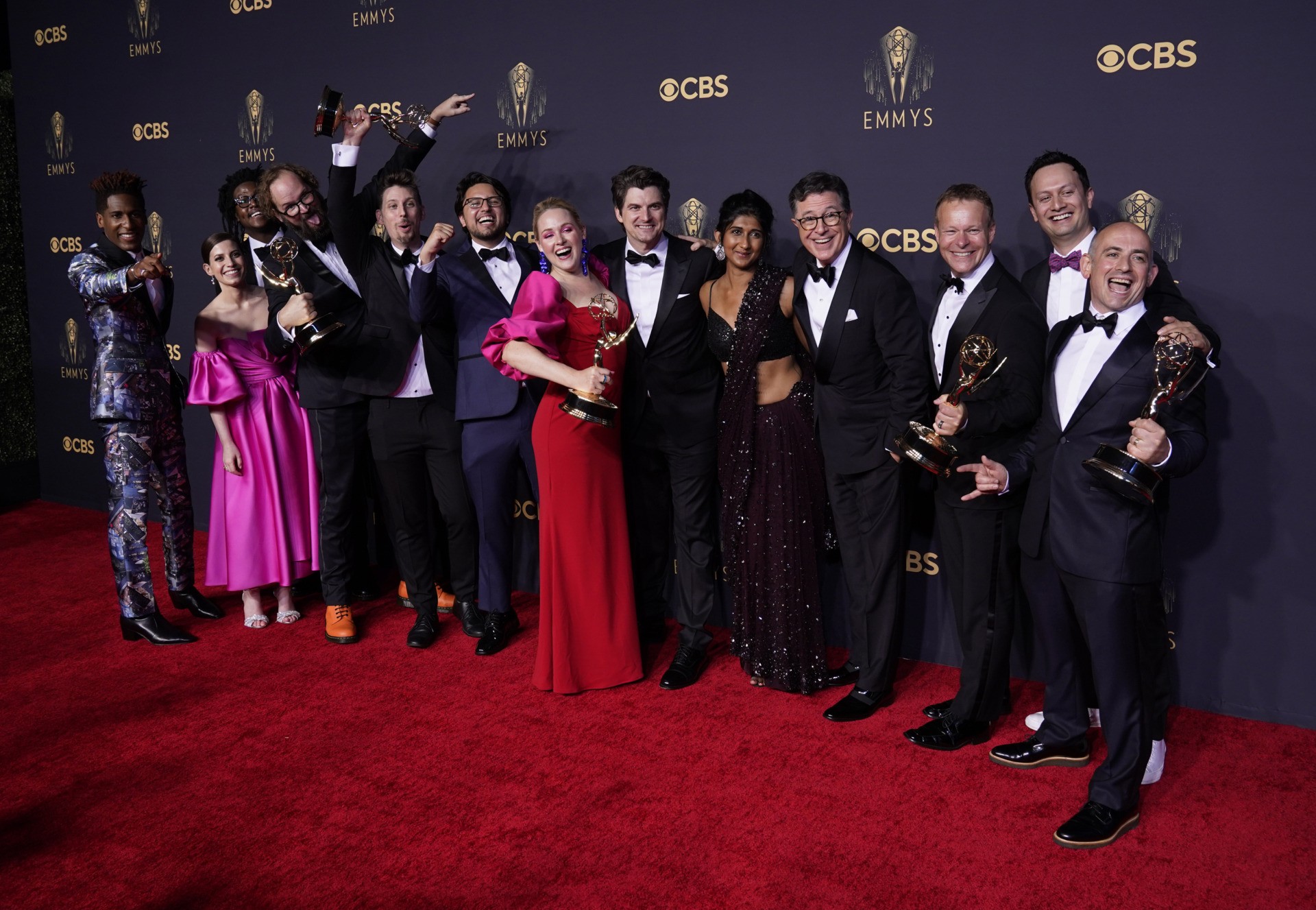 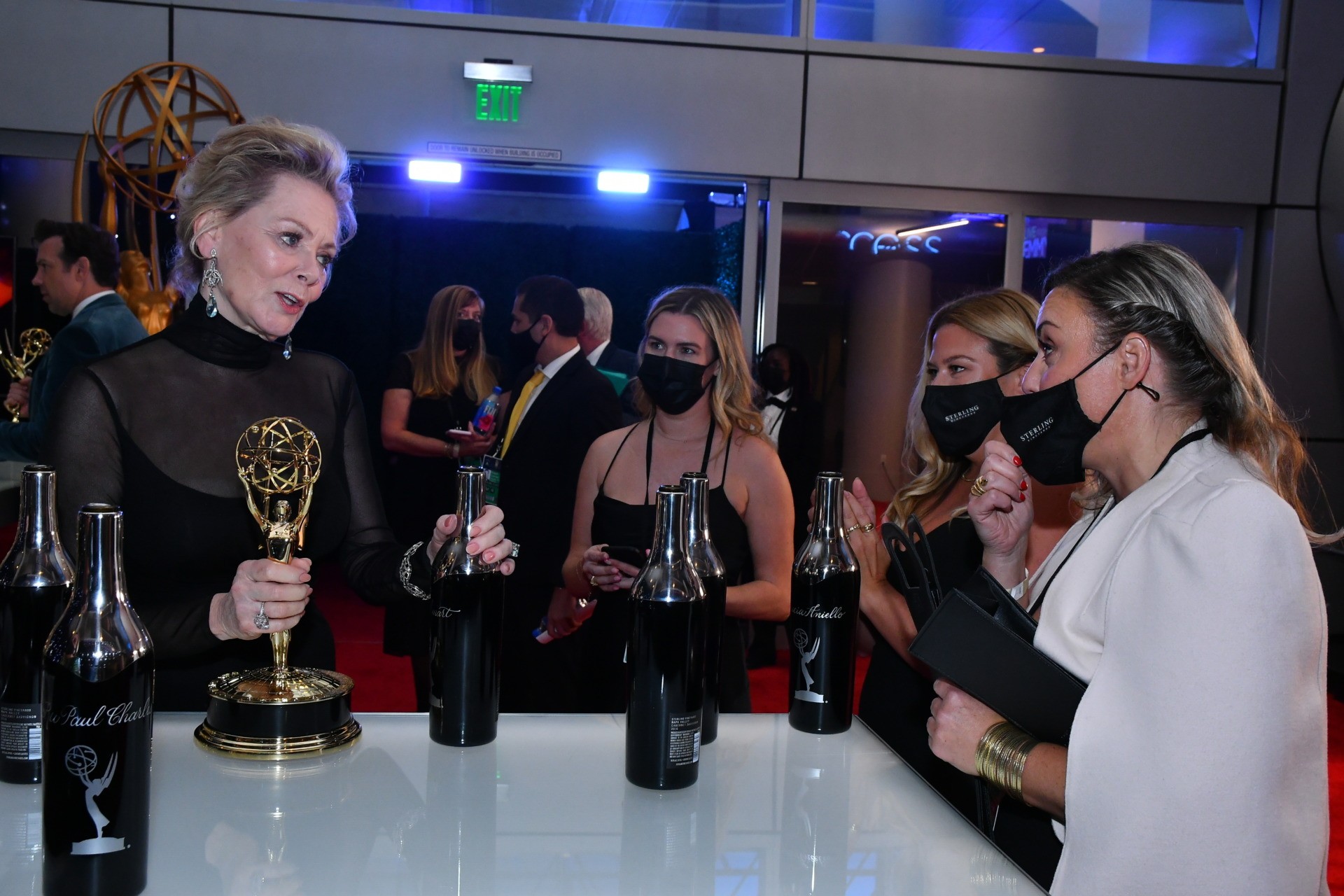 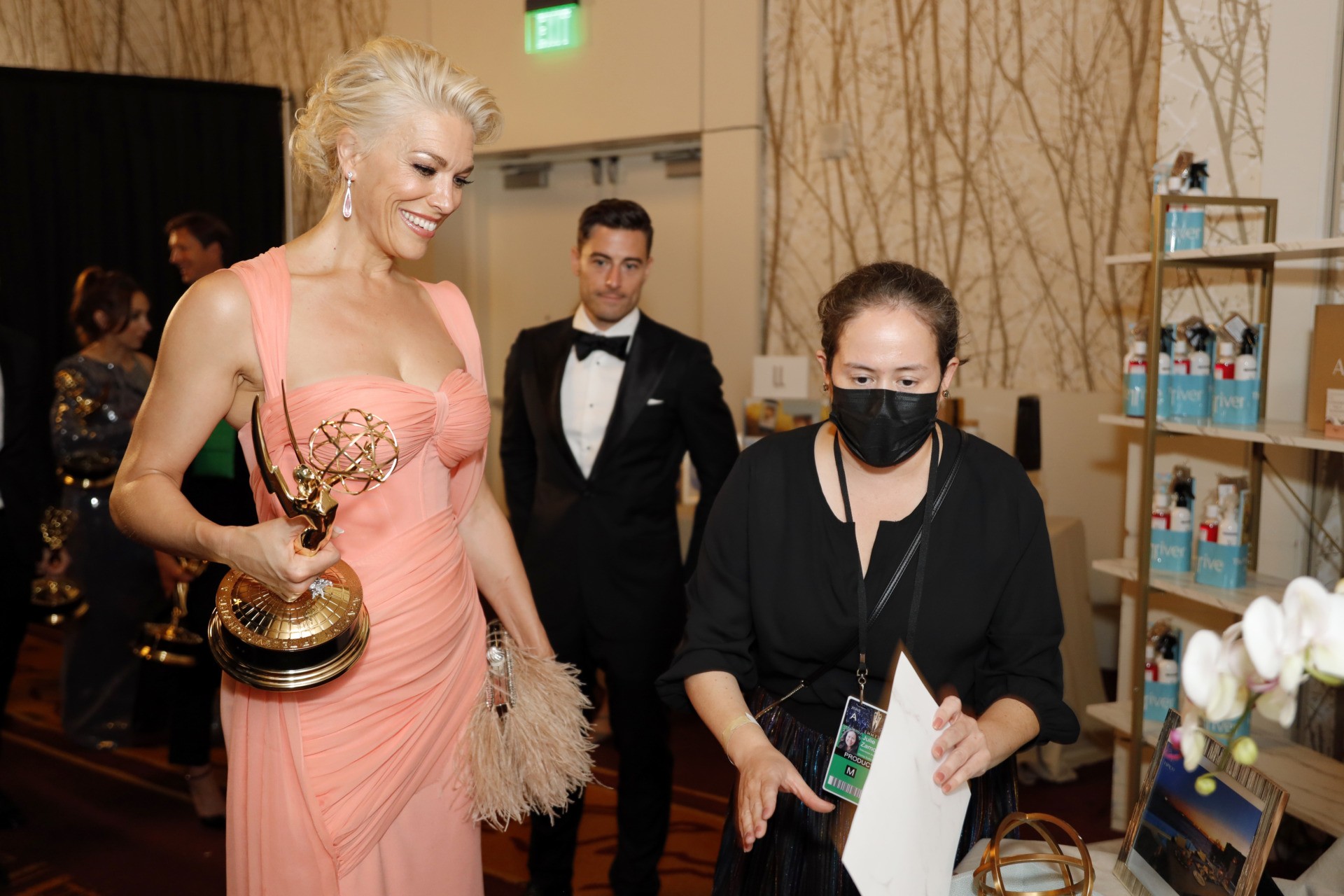 A month earlier, an unauthorized photo showed Barack Obama dancing, maskless, at his lavish 60th birthday party at his $30 million manse on Martha’s Vineyard; the archetypal citadel of elite liberalism.

Then, in September, we saw a similar delineation of class status at the Metropolitan Museum of Art Gala in Manhattan: Those who paid $30,000 for a ticket didn’t wear masks, while those serving the drinks and the hors d’ouevres were masked.  In the snarky words of gimlet-eyed comedian Bill Maher, “Let’s just make the help wear the masks, that’s the liberal approach.” 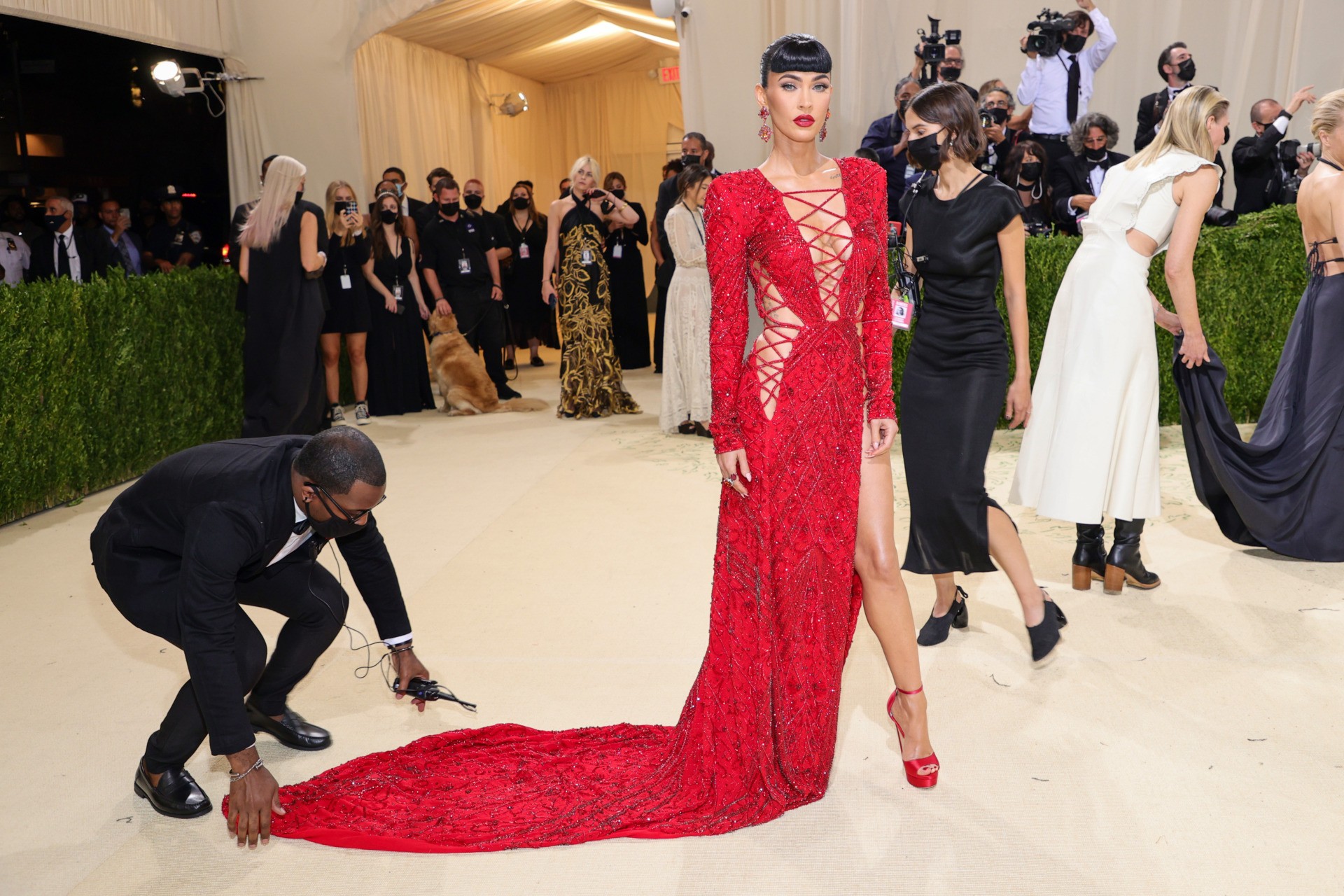 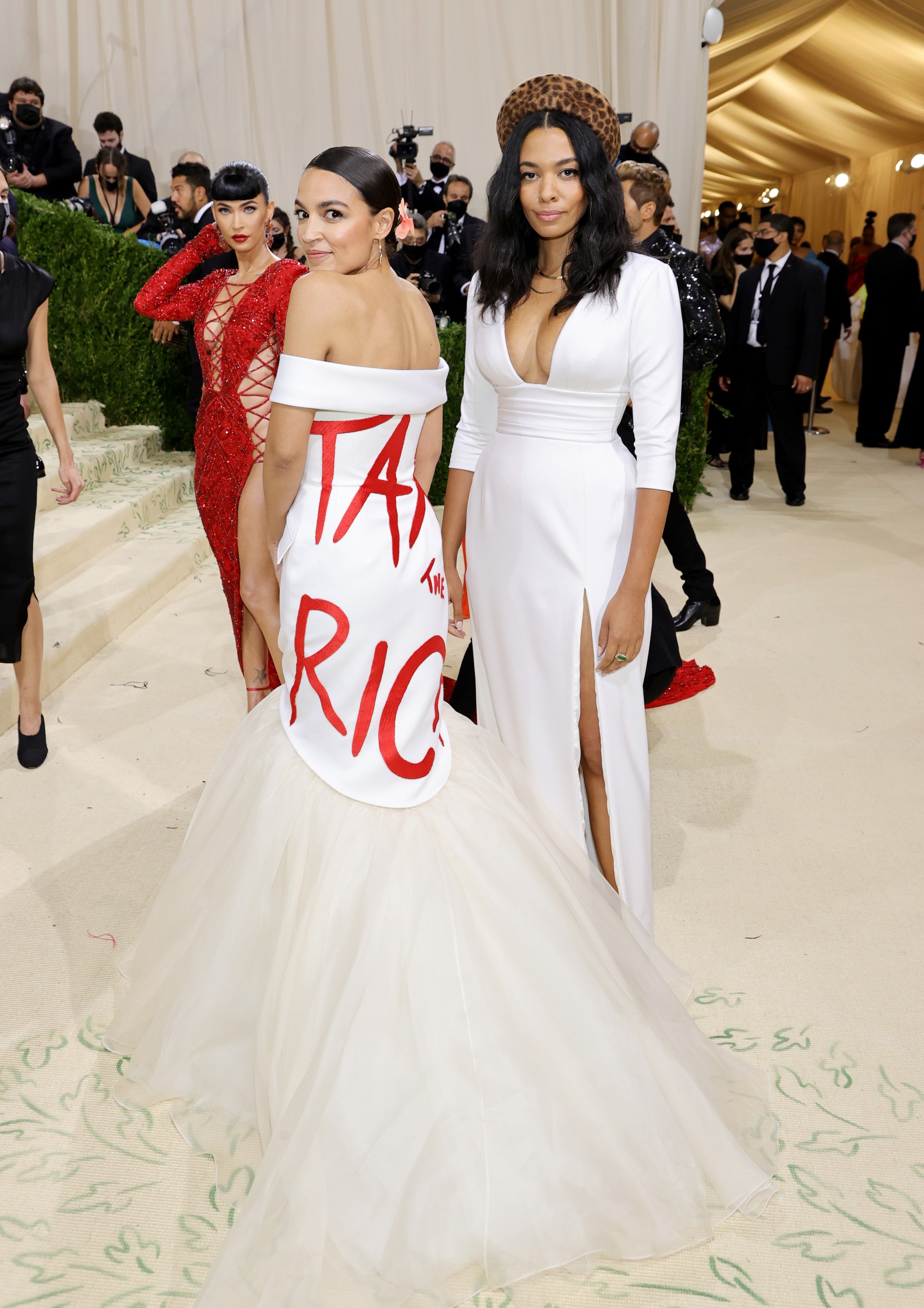 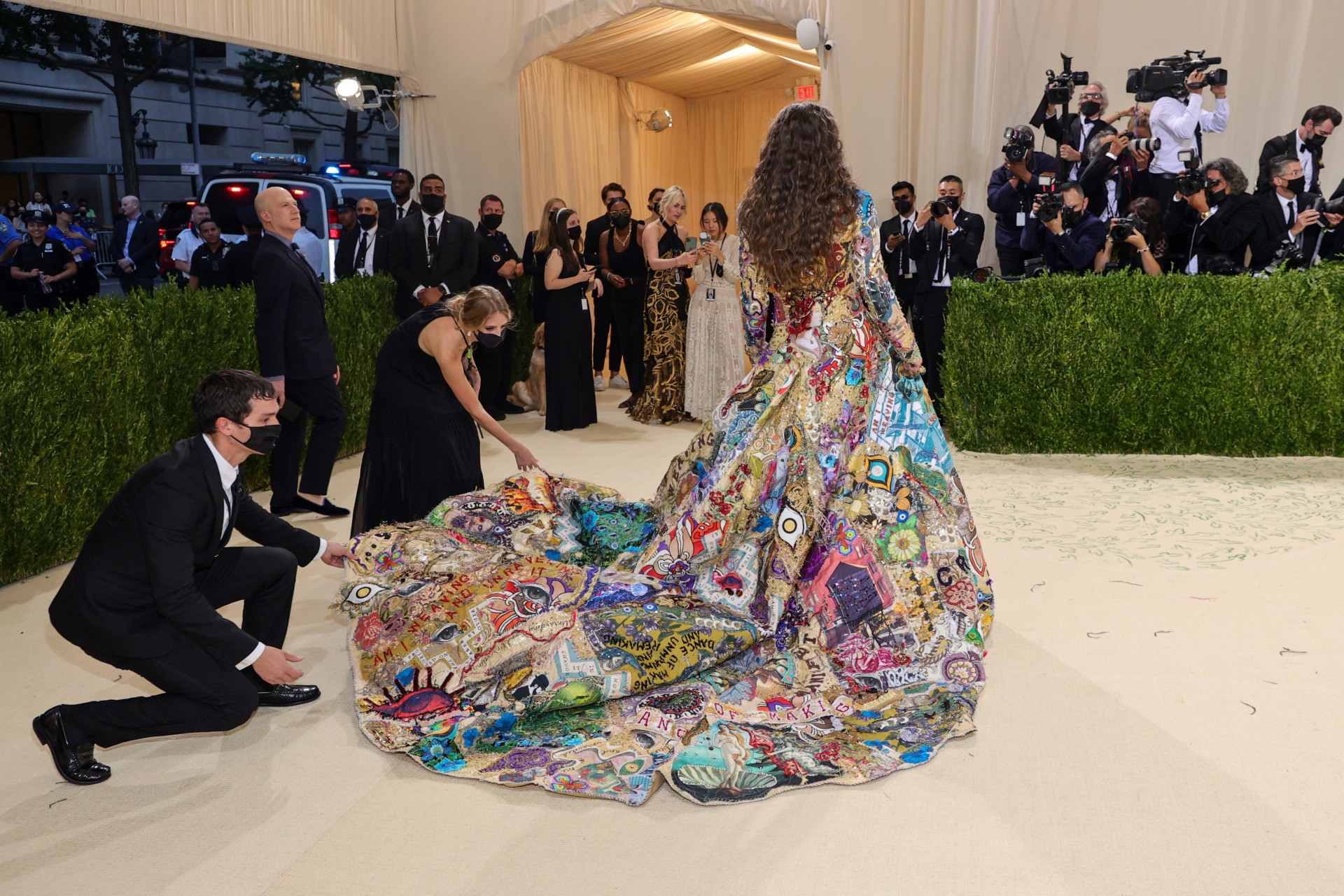 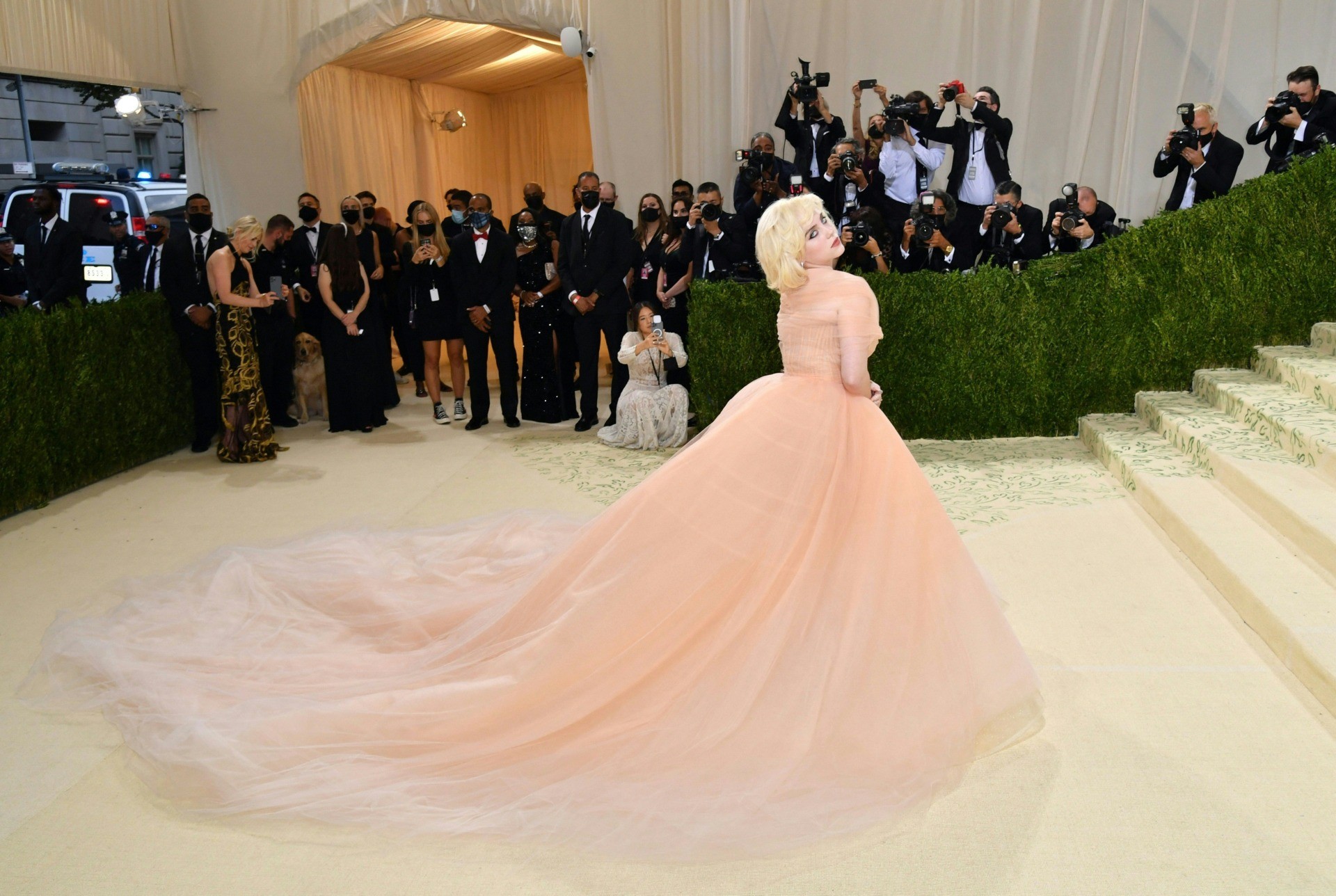 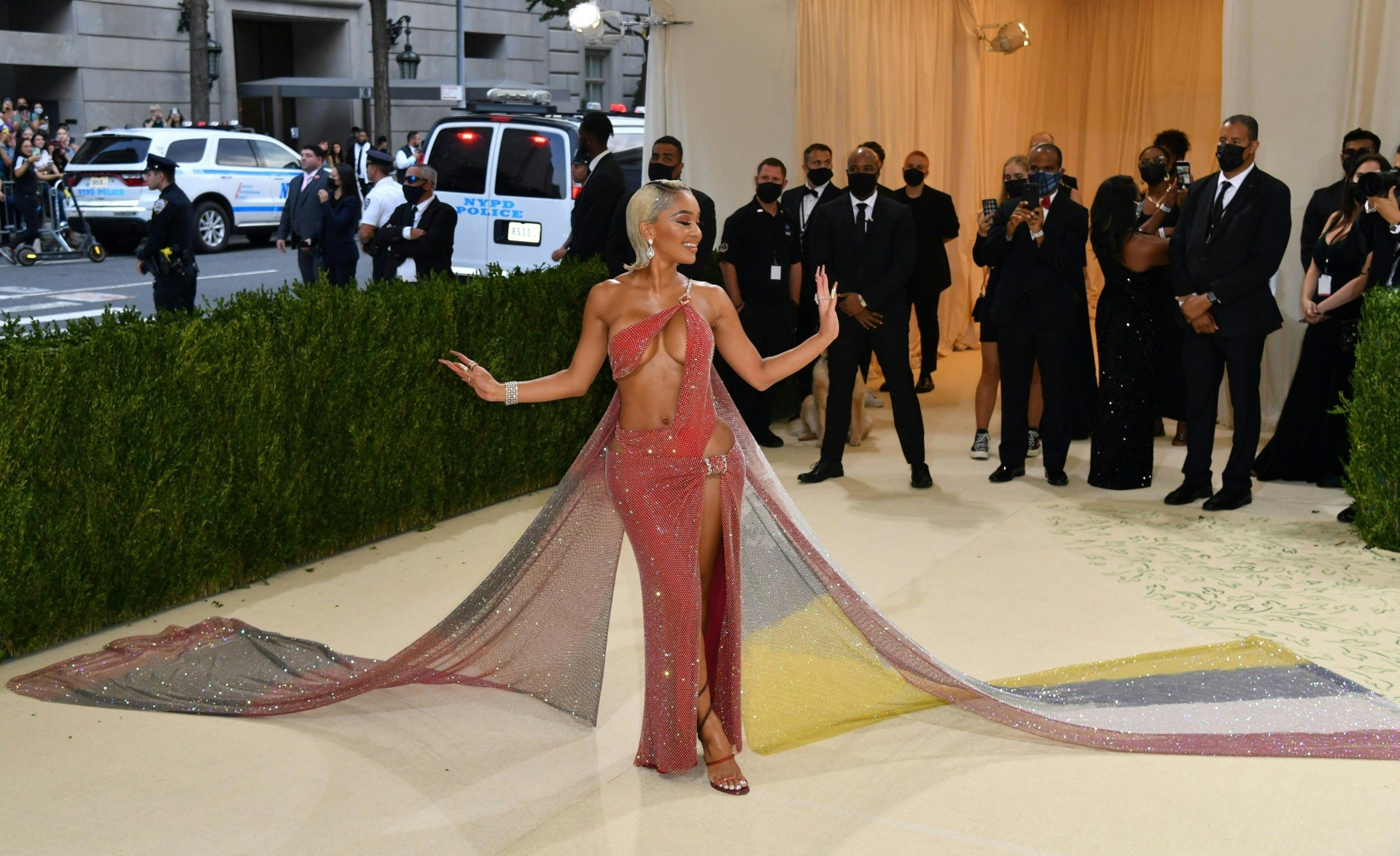 Maskless rapper Saweetie strikes a pose before masked workers and photographers at the Met Gala in New York City on September 13, 2021. (ANGELA WEISS/AFP via Getty Images) 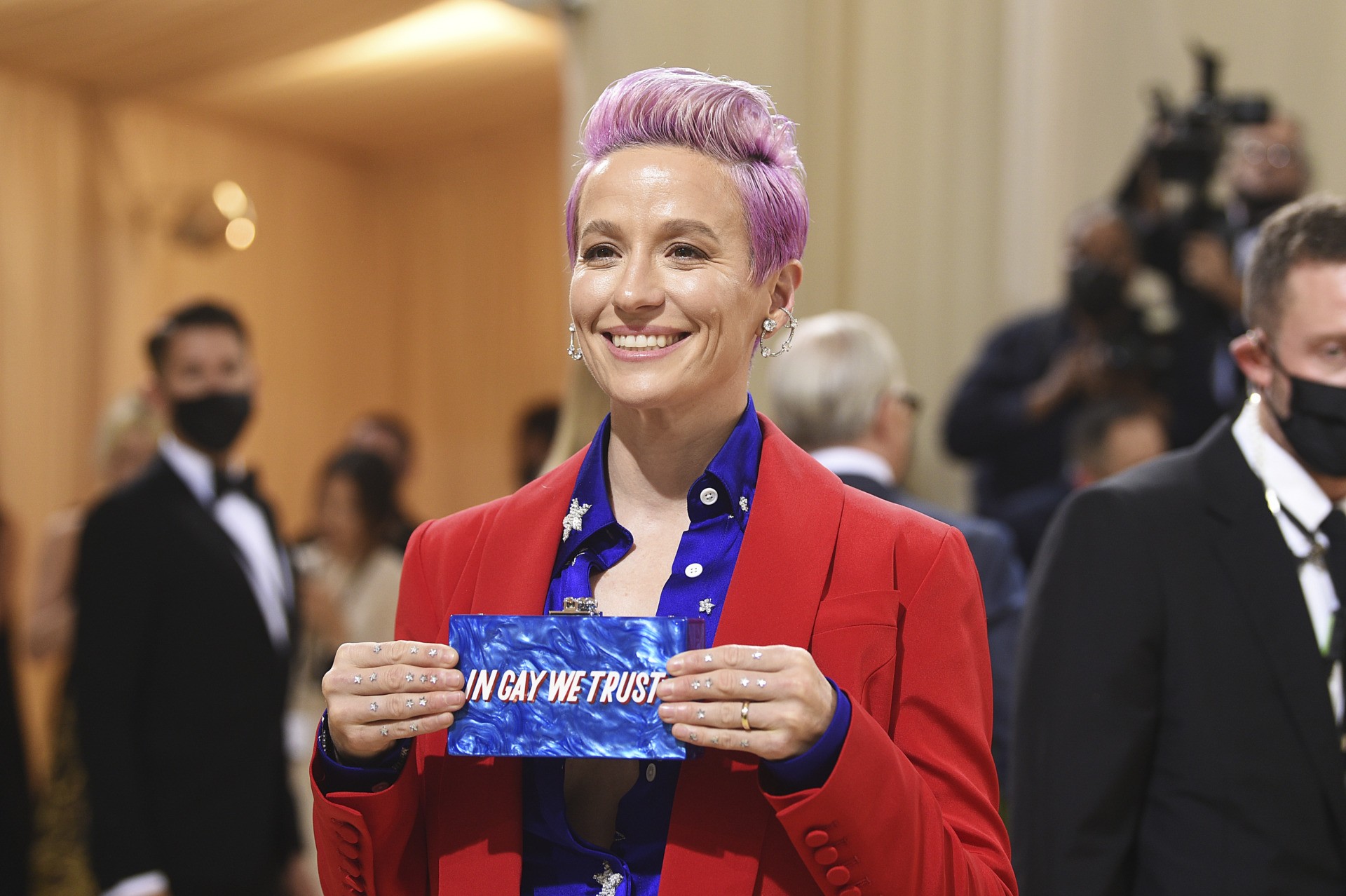 Plus, in her own Marie Antoinette-esque category, is San Francisco Mayor London Breed. Breed exempted herself from her own city’s mask-wearing rules at a night club because, well, she was enjoying the music so much. Making no apologies and making it clear she would do it again, she declared to reporters, “I got up and started dancing because I was feeling the spirit, and I wasn’t thinking about a mask.”

Meanwhile, the rules get tougher for the rest of us. For instance, the University of Southern California demands that its law students—almost all of whom are young and healthy—wear masks indoors at all times. If they wish to eat or drink, they must do so outdoors.

All this was too much for iconoclastic leftist Glenn Greenwald, who tweeted:

Imagine being a USC student and just watched everyone maskless at Obama’s party, the Emmys, the SF Mayor at her nightclub, the California Gov. at his lobbyist dinner, AOC at the Met, and then being told you must remain masked at all times indoors, not even allowed to eat or drink.

If it’s any comfort, it’s always been like this — with the rich and powerful exalting themselves in every possible way. In ancient Rome, for instance, the senatorial order wore one purple stripe on their togas; this was the latus clavus. At the same time, the equestrian order wore two purple stripes; this was the clavus angustus.  Needless to say, the plebeians were not allowed to wear such attire, let alone slaves. So there you have it: The hierarchy made itself visible at a glance, using bits of fabric.

As they say about history, The more things change the more they stay the same.

In more recent times, the foremost observer of status gradations was the American economist Thorstein Veblen. His 1899 book, The Theory of the Leisure Class, lays out his observations on “conspicuous consumption.” That is, the rich aren’t happy just being rich, they often feel the need to flaunt their riches. As Veblen put it, “The consumption of luxuries is . . . a mark of the master.”

Veblen never wrote about masks, and yet his acute study of the rich and famous makes him forever worth reading. Writing about those who wished to flaunt their mastery, he noted, “As wealth accumulates, the leisure class develops further in function and structure,” thereby establishing an “elaborate system of rank and grades.”

So if the new status symbol is not wearing something, such as a face mask, that’s fine. The main objective of the rich always is to make sure that there’s a conspicuous differentiation between them and everyone else. So if the rich don’t have to wear masks, well, everyone else should have to wear a mask—that’s one more way to show who’s rich.

So now to America, where the wealthy have taken control of the governing apparatus and avidly use it to express their power. As the late Angelo Codevilla wrote back in 2010:

America’s ruling class speaks the language and has the tastes [and] habits . . .  It rules uneasily over the majority of Americans not oriented to government.

Indeed, just in the last decade, we’ve seen new categories that distinguish class from mass. For instance, the language of wokeness is a kind of conspicuous consumption, and obvious class delineator.  You see, the elite go to the right schools and so now they know how to use special words such as “cis,” “heteronormative,” and, ironically enough, “privilege.”

Such esoteric language marks the elite as special and good; in the meantime, the “racist” proles blunder around talking about such “obsolete” concepts as “colorblindness” and “the content of our character.”

And the beat goes on.  As we can see all around, the upper crust is constantly putting distance between itself and the rest of us.

For instance, earlier this month, The Wall Street Journal reported on Facebook’s two-tier system.  As the Journal put it,

Mark Zuckerberg has publicly said Facebook Inc. allows its more than three billion users to speak on equal footing with the elites of politics, culture and journalism, and that its standards of behavior apply to everyone, no matter their status or fame.

Yet in reality, the Journal revealed, some six million Facebook users—about 0.2 percent of the total user base—are in an elite category, known as “XCheck.” According to the newspaper, XCheck means that “in private, the company has built a system that has exempted high-profile users from some or all of its rules.”

Indeed, the Journal quoted one internal memo asserting that XCheck  is “a breach of trust,” and adding, “We are not actually doing what we say we do publicly.” The memo continued, “Unlike the rest of our community, these people can violate our standards without any consequences.” Yes, how ‘bout that: A double standard. Two tiers.

Back in the 1990s, Robert Reich, who served in Bill Clinton’s cabinet, coined the phrase “secession of the successful” to capture the idea of two-tiering; the rich buying their way out of the travails of life.  And, of course, a rich liberal Democrat should know.

To further illustrate this secession of the successful as it has played out, we might recall the 2013 Hollywood movie Elysium, which imagines a future where the super-rich have exited the polluted and impoverished earth and moved to opulent space colonies.

In his review of the film, Breitbart News’ John Nolte made the astute observation that Elysium wasn’t really so much of an imaginative jump at all — because today (or in 2013 when Nolte wrote this review), if one were to stand on the dusty flatlands of Los Angeles and look up to the hills:

You can see Elysium; and if you squint real hard, you can see the eternally young Matt, Ben, Jack, Brad, Meryl, Julia, and George sitting by shimmering pools, sipping drinks, and using million dollar bills to wipe away socialist tears borne of the horror show playing out below them.

Of course, if Elysium were being made today, it might include a point or two on mandatory apparel, such as face masks. In the flatlands, they’re mandatory; in Elysium, they’re embarrassing.

So now to America in 2021. The rich play by the rules they like for themselves and seek to make the rest of us live by the rules they wish to impose. And it seems as though every celebrity event provides us with a new case study of this two-tiered system.

And oh, by the way, did we mention that this two-tier clampdown on Covid is likely just a practice run for the real clampdown to come on climate change?

Imagine a world in which the elite fly around in their jets like always, and the rest of us are forced to take mass transit or to ride bicycles. For rich elitists, always eager to conspicuously mark themselves as special, that’s a world well worth reaching for.