(AFP) —  Plans for actor Richard Gere to testify against former Italian interior minister Matteo Salvini for abuse of migrants threaten to turn the case into a show trial, the leader said on Sunday.

Gere — a Hollywood star known as a campaigner on Tibet and other rights issues — will testify against him in the so-called Open Arms case, according to remarks Salvini made at a political meeting that were reported by the Ansa news agency.

“If someone wants to turn the trial into a show and wants to see Richard Gere, let him go to the cinema, not to a court,” the head of the populist and nationalist League party said according to Ansa.

“I know him as an actor, but I don’t understand what kind of lessons he wants to give me,” he added, promising to ask for an autograph for his mother. 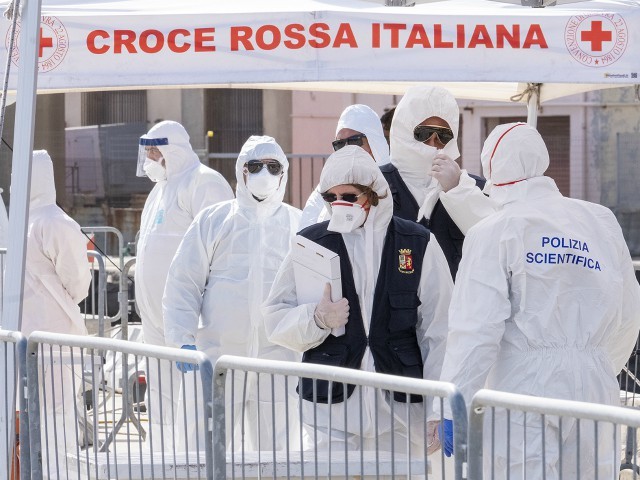 Italian police attend migrants rescued in the Mediterranean as they disembark from the Sea Watch NGO’s ship on February 27, 2020 in the port of Messina, Sicily. (GIOVANNI ISOLINO/AFP via Getty)

Salvini is accused of kidnapping and abuse of power in August 2019 by preventing more than 100 migrants from disembarking from a rescue ship — even as conditions on board deteriorated.

Gere had boarded the Open Arms ship to support the migrants, a visit mocked by Salvini at the time.

Migrants were only allowed off the Open Arms vessel after six days, following an order by the prosecutor’s office.

Salvini has said he was protecting the country with his so-called “closed ports” policy, which aimed to stop people attempting the dangerous Mediterranean crossing to Italy.

Italy’s Senate voted last year to strip Salvini of his parliamentary immunity, paving the way for the trial. 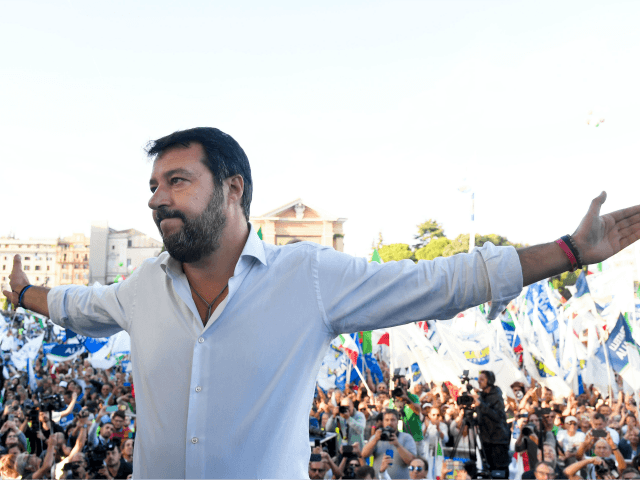 Matteo Salvini gestures as he prepares to address supporters during a rally of Italy’s League party, conservative Brothers of Italy party and Forza Italia party against the government on October 19, 2019 in Rome. (TIZIANA FABI/AFP via Getty Images)

A related case in which Salvini was accused of blocking other migrants at sea on an Italian coastguard boat was thrown out by a court in Catania earlier this year.

Salvini’s League takes a hard line on migrants, arguing that Italy bears an unfair burden as the first point of entry for migrants from northern Africa.

When he blocked the ships, Salvini was part of a coalition government and held the positions of interior minister and deputy prime minister.

He has argued that his migrant policy was not his alone, but agreed by the government, including by the former prime minister, Giuseppe Conte.

The trial opened on 15 September in Palermo but was immediately adjourned to 23 October.

Twenty-three civil parties, including nine migrants who were on board, are represented in the trial. 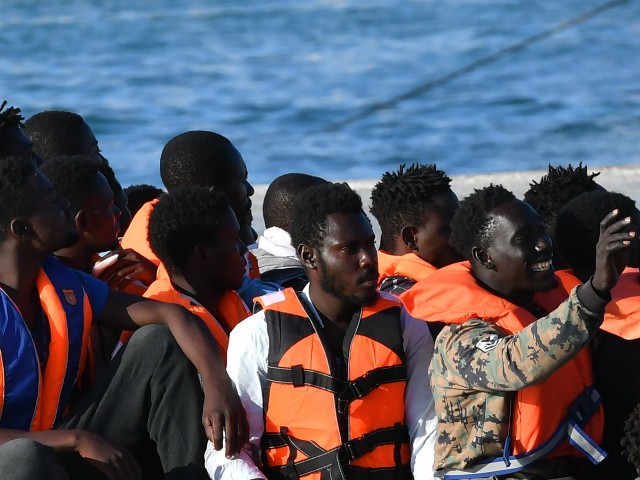 Salvini joined the League’s coalition government with the anti-system 5 Star Movement (M5S) in 2018, but in August 2019 he provoked a government crisis hoping to reshuffle the deck in an early parliamentary vote.

The manoeuvre backfired and the M5S formed a new government with the centre-left Democratic Party, which was replaced in early 2021 by a broad coalition government including the League and led by Mario Draghi.