Honestly, if Dune (2021) hadn’t been available on HBOMax last night, I never would have bothered to see it. Life is just too short to go to movies you know you’re going to hate.

So the only reason I gave it a shot, even on HBOMax, is director Denis Villeneuve, who has a unique way of casting a cinematic spell. Sicario (2015), Arrival (2016), and Blade Runner 2049 (2017) all snatched me up in a kind of hypnotic hold, and that’s something I love, and it happened again last night with Dune (2021).

Dune was filmed once before, back in 1984 by director David Lynch, who ended up disowning his own movie. At the time, it was one of the most expensive movies ever produced ($40 million) and a notorious critical and box office flop.

Apparently, the 1965 Frank Herbert novel is uniquely challenging to adapt. Lynch tried to jam the entire book into 137 minutes. Instead, Villeneuve chose to film only half the story, which is why, onscreen, the title is Dune Part One, and at 156 minutes, his half-movie is even longer than Lynch’s.

Things do not start out great. In fact, Dune (2021) starts out with everything I dislike about fantasy. A whole lot of sci-fi-speak about “The One” layered with ominous and borderline pretentious mood-building around star Timothée Chalamet and his character Paul Atreides. There’s all this shit about the house of this and the house of that, and dukes and heirs and things called the “gom jabber,” and other things called the blah-blah-blah-kill-me-now.

What kept my interest, though, was a good cast (Oscar Isaac, Rebecca Ferguson, Josh Brolin, Jason Momoa) and the majestic tone Villeneuve creates with his shooting style. Also, despite all the mumbo-jumbo, and much of the early dialogue is pretty cryptic, I still knew what was going on and therefore wanted to know what might happen next. 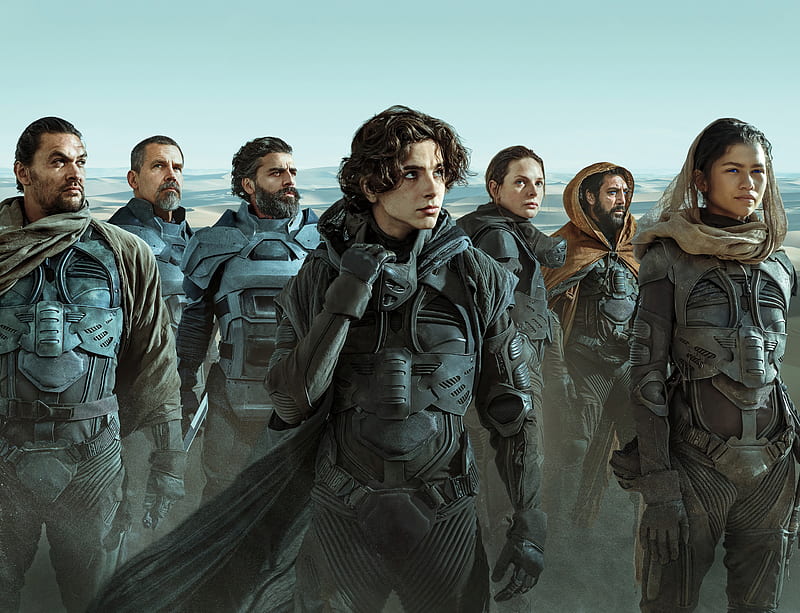 Another plus is that there’s more sci-fi than magic. The only magic is something Paul does with his voice, which works like the Force in Star Wars. Thankfully, this only serves as the deus ex machina the one time. The sci-fi elements, however, are pretty clever and based in part on believable concepts.

If you’re looking for an exciting adventure movie, except for a few scenes involving Momoa and Brolin, this is not it. And the story is one you’ve seen a million times. What lifts it onto something worthwhile is how beautifully it’s shot and directed, the world-building, and the performances, most especially Ferguson as Paul’s protective mother.

Dune (2021) will have to make a lot of money to justify a sequel, but if there is one, I’ll definitely give it a look. I would also recommend watching it in the theater as opposed to at home. This is a movie made to be seen on the biggest screen you can find.