(UPI) — At the time of an accidental shooting on the set of a western that killed a camera operator and wounded the director in New Mexico last week, actor Alec Baldwin was practicing drawing his weapon and firing it at the camera, according to an affidavit released Sunday night.

The crew was working on the upcoming film Rust when the prop weapon went off and fired at least one live round, authorities said.

The new detail in the affidavit explains why the camera operator, Halyna Hutchins, and director Joel Souza were in the line of fire at the time of the shooting on Thursday.

Hutchins, 42, died after she was shot in the chest. Souza was hit in the shoulder and hospitalized. He has since been released. 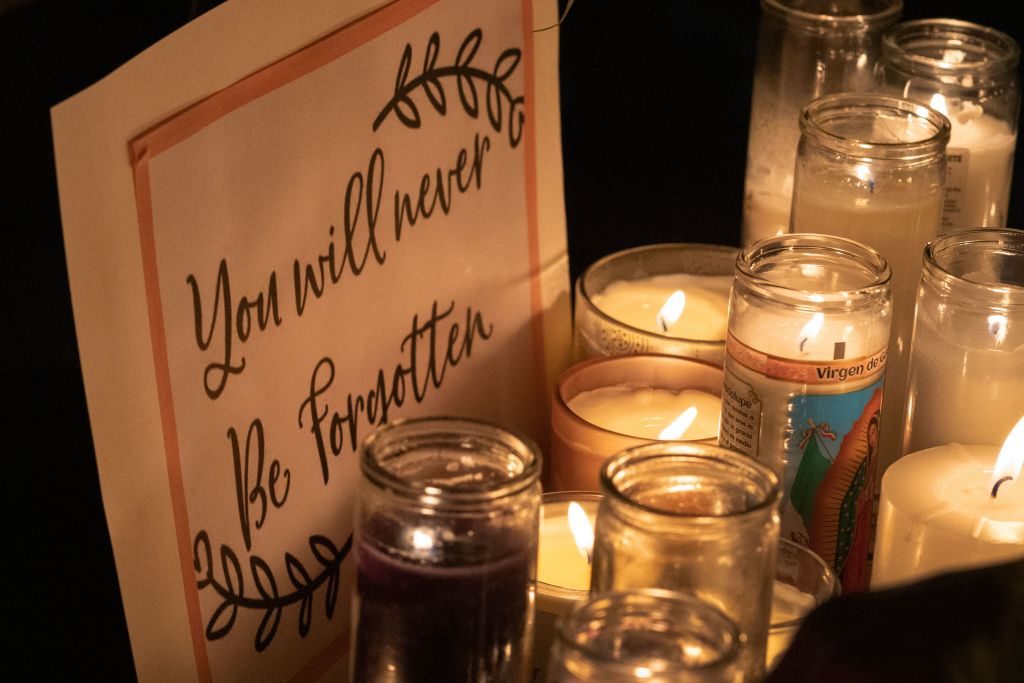 A tribute is seen during a candlelight vigil for cinematographer Halyna Hutchins, who was accidentally killed by a prop gun fired by actor Alec Baldwin, in Burbank, California on October 24, 2021. (DAVID MCNEW/AFP via Getty Images)

According to Souza in the affidavit, the filmmaker told investigators that Baldwin was practicing cross drawing — pulling the gun from a holster from the opposite side of his body — at the time of the accident.

The director was standing behind Hutchins and looking over her shoulder as Baldwin practiced when the weapon discharged. Souza said Hutchins grabbed her stomach after the shot was fired and a medic rushed to treat her as she fell to the ground.

Souza’s comments were made in statements to the Santa Fe County’s Sheriff’s Office, which is investigating the shooting.

“The only thing checked are the firearms to avoid live ammunition being in them. Joel [Souza] stated there should never be live rounds whatsoever near or around the scene,” the affidavit said, according to CNN.

Assistant director David Halls previously told authorities that he handed the gun to Baldwin believing that it did not contain any real bullets. Hallis said he took the weapon from a gray cart and shouted “cold gun,” a term on film sets that means the gun contains no live rounds.

However, officials have said the prop weapon did, in fact, contain a live round. 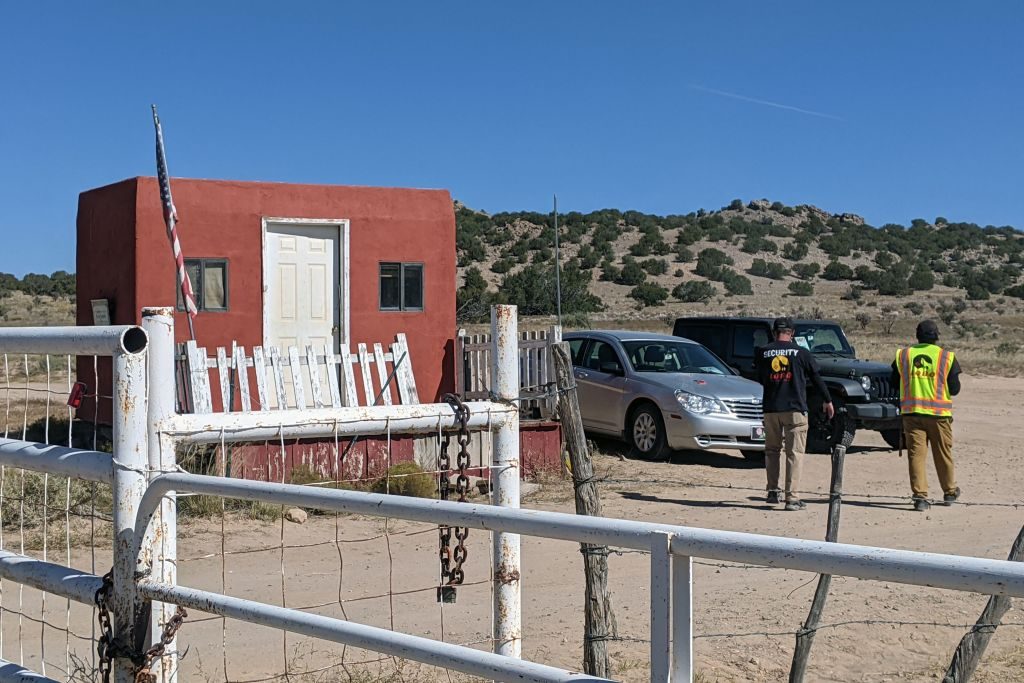 “I am gutted by the loss of my friend and colleague, Halyna,” Souza said, according to the entertainment website Deadline. “She was kind, vibrant, incredibly talented, fought for every inch, and always pushed me to be better.

“My thoughts are with her family at this most difficult time. I am humbled and grateful by the outpouring of affection we have received from our filmmaking community, the people of Santa Fe, and the hundreds of strangers who have reached out. It will surely aid in my recovery.”

Souza said that guns on the film set were usually checked by both Halls and the armorer, Hannah Gutierrez-Reed.

A prop master told NBC News over the weekend that Halls had previously been in charge of unsafe working environments.