Alec Baldwin and his wife Hilaria were slammed after posing with their six children clad in Halloween costumes and posting to Instagram what many called “tasteless” photos. The posts came one week after Alec killed Rust cinematographer and mother Halyna Hutchins, who was memorialized over the weekend.

“Parenting through this has been an intense experience, to say the least,” wrote Hilaria in her Instagram post, in which she shared fun photos of herself, Alec, and their six children all dressed up for Halloween.

Today, we rallied to give them a holiday. Last min costumes… a little hodge-podge… but they were so happy and that warmed my mama heart,” Hilaria wrote. “Happy Halloween, from the Baldwinitos. They give us [love]. We send you [love].”

While she received positive comments and support from her fellow celebrities, the public did not have the same reaction.

“‘Parenting through this has been an intense experience’ [Hilaria Baldwin] says. I wonder how Matt Hutchins feels parenting Andros, thru his 1st Halloween w/out his mom,” one Twitter user commented.

“Why must this deranged lunatic make this about HER!? How are she & [Alec Baldwin] the victims here?” the Twitter user added.

What is wrong with #AlecBaldwin??? He had some nerve to put on a #costume and take pictures with his family for #Halloween. How does he not have the senstivity to realize that the son of the woman he just killed would be having the worst holiday of his young life?! Disgusting. pic.twitter.com/qxX0cFQc6z

“Your wife posting Halloween pics and feeling sorry for herself is completely tone deaf to this situation,” another Twitter user said.

“#AlecBaldwin and #HilariaBaldwin are so clueless! They post tasteless photos days after he kills someone and they just use their babies as props. Shame on them!” another tweeted. “Remember #HalynaHutchins.”

“Why are they posting anything right now?” asked another Twitter user, who included the hashtag, “Go Away Hilaria.”

The Baldwin kids should absolutely enjoy Halloween. This year, though, #hilariabaldwin should have kept their festivities (and herself) off social media. Halyna’s son didn’t get to enjoy this holiday. Celebrate without posting, Hillary. It’s literally the least you could do. pic.twitter.com/PUYFtH9VU3

“You know #hilariabaldwin you don’t have to post EVERYTHING ON SOCIAL MEDIA,” another wrote. “You could have celebrated Halloween with your kids and kept photos private. But you can’t stop posting. It shows such a lack of empathy @AlecBaldwin need to take her phone away.”

A little more than a week ago, while on the set of Rust, Baldwin was rehearsing with a gun that he was told did not contain live ammunition. The actor later pulled the trigger, fatally shooting Hutchins and wounding director, Joel Souza.

The Halloween costume photos were shared just hours after the Los Angeles Times reported that crew members said three other accidental shootings occurred on the Rust set before Hutchins was killed.

In one incident, Baldwin’s stunt double had accidentally fired a blank after being told that his gun was “cold.” Another situation involved a young woman from the props department who “actually shot herself in the foot” with a blank round, crew member Lane Luper told the Los Angeles Times.

And seconds after being shot by Baldwin, Hutchins allegedly told a boom operator on the film set, “That was no good. That was no good at all.” Hours later, cinematographer and mother to a 9-year-old son was pronounced dead.

Hutchins’ father Anatoly Androsovych, who attended his 42-year-old daughter’s funeral in Los Angeles in Saturday, told The Sun the fatal shooting on the Rust film set as destroyed “the perfect family.” 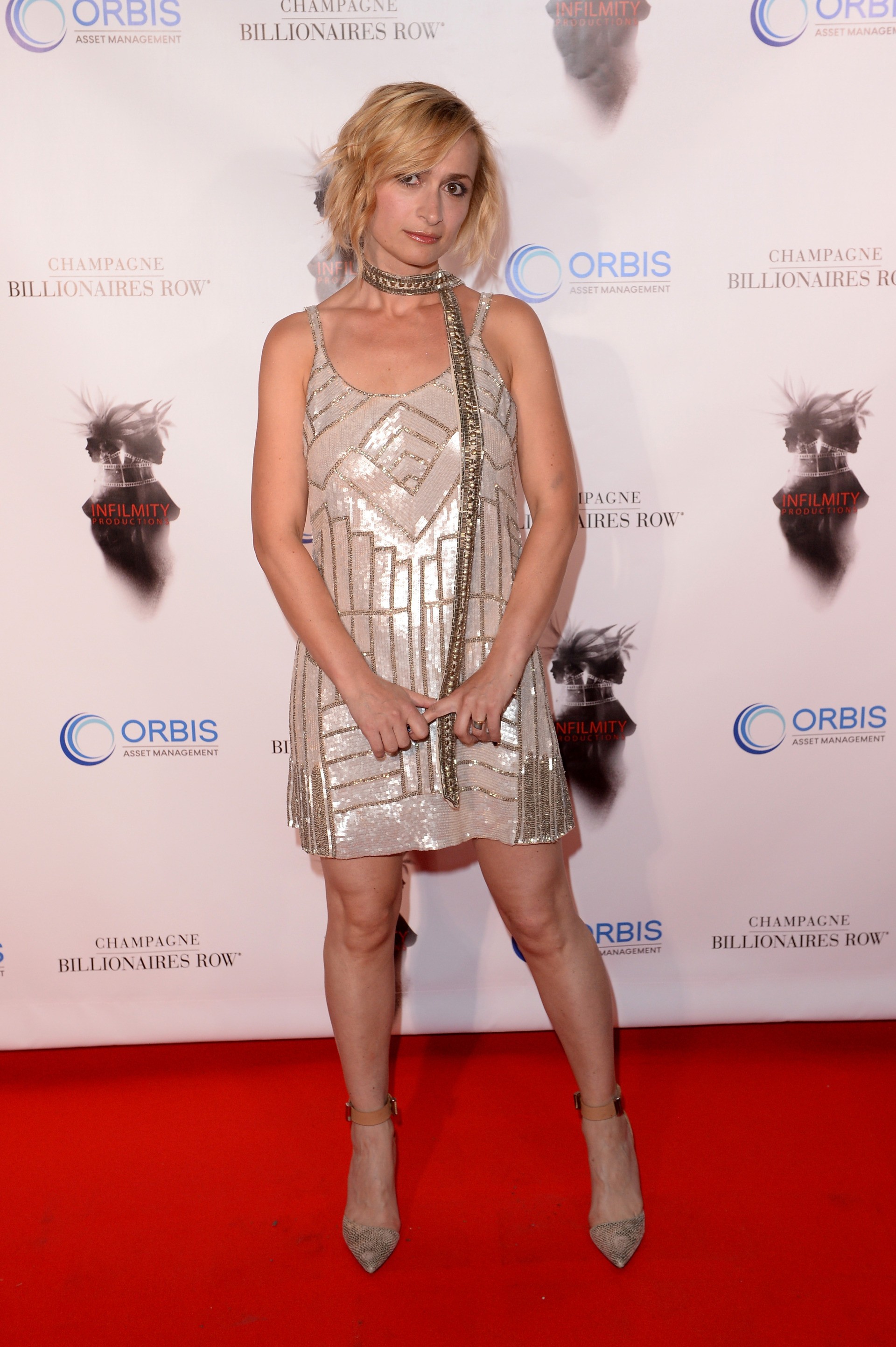 CANNES, FRANCE – MAY 20: Halyna Hutchins attends the Snowbound Movie Event celebrating the screening of ‘Snowbound’ at the 70th Cannes Film Festival on May 20, 2017 in Cannes, France. (Photo by Anthony Harvey/Getty Images)

Androsovych recalled how he walked his daughter down the aisle for her wedding to Matthew sixteen years ago, stating, “It was such a happy day.”

“Our family had become so close to Matt and it was wonderful to see them so happy,” he said. “But now, everything is gone. Our lives are empty and ruined by sorrow.”

Androsovych also noted that Hutchins’ 9-year-old son, Andros, could not speak for two days after being told of his mother’s death.

On Saturday, Baldwin and a very confrontational Hilaria were spotted on the other side of the country, in Vermont, where the actor told photographers that Hutchins’ was his “friend.”

Last week, Baldwin retweeted an article shared by the New York Times that isolates Rust assistant director Dave Halls, who told the actor the firearm he gave him was a “cold gun” — meaning it didn’t have any live rounds in it.

Both Halls and head armorer Hannah Gutierrez-Reed have faced heavy backlash since the fatal shooting on set, as they appear to be the last two people who handled the firearm in question, before it was given to Baldwin.

It has been reported that Halls was fired from a previous job after a gun went off on a set and wounded a member of the film crew, and that Gutierrez-Reed was the subject of numerous complaints while handling weapons on the set of The Old Way — her first time as an armorer on a film set — just two months earlier.