HBO Max censored the R-rated box office flop Birds of Prey, which serves as a reminder as to why you should buy hard copies of movies you love.

HBO says the censorship was accidental, that the version posted on its streaming site is the PG version with the cuts necessary to play on commercial television. And that’s probably true. HBO has all kinds of sex and violence on its streaming service. So why would it edit the comparably tame violence and language in something as dumb as Birds of Prey? 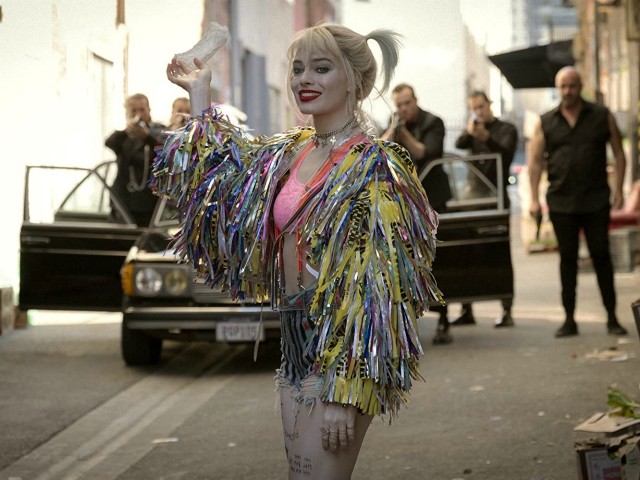 Margot Robbie in Birds of Prey: And the Fantabulous Emancipation of One Harley Quinn (Warner Bros. 2020)

But this does serve as another reminder of the power these massive corporations hold with these centralized streaming services — which is the power to disappear these titles altogether or censor them.

Already we’ve seen Disney disappear Song of the South (1946), a title that offends the Woke Gestapo but also includes a performance from James Baskett, a black actor who so moved audiences at the time he was given an honorary Academy Award.

Baskett is the first black male performer ever to receive an Oscar, and the Walt McCarthy company won’t allow us to watch that historic performance.

Because the truth offended the Clintons, Disney/ABC also disappeared its own $40 million Path to 9/11 miniseries.

The Simpsons blacklisted an episode starring Michael Jackson, even though a jury acquitted Jackson of child molestation charges. And even if he had been found guilty, there’s no reason to disappear his work.

You can’t stream Gone with the Wind now without being assaulted by a fascist Black Lives Matter lecture that tells you how you’re supposed to feel about one of the most significant pieces of art ever produced.

For a whole host of reasons, I had intended to move to digital. One of those reasons is that some of my DVDs are more than 20 years old and have gotten a tad brittle. Well, I’m being much more circumspect about those choices now. There’s just no way I’m going to trust these increasingly fascist corporations with stuff like Blazing Saddles, Married with Children, Seinfeld, etc. And heaven only knows what these neo-Joe McCarthys are disappearing without telling us, what they are quietly pulling from distribution in the hopes we won’t notice.

These are no longer American companies. These multinationals now see themselves as international companies, which means priority number one is appeasing the Communist Nazis in China. These greedy, corporate sellouts are willing to sell their artistic souls to appease those monsters, something we again discovered over the weekend.

So, if there’s a movie or television show that means something to you, keep a hard copy.

And don’t forget that hard copies are disappearing. As more consumers move to digital, the DVD/Bluray sections of your local Walmarts and Best Buys are shrinking. And this is a development that thrills these corporations. Without hard copies, they not only have complete control over the content, over what we can and cannot see, but we don’t own anything other than a license. There is no secondary market for used digital copies.