Bravo has fired Real Housewives of Salt Lake City star Jennie Nguyen over posts she shared on social media calling out the Marxist, far-left organization Black Lives Matter and slamming rioters amid the summer 2020 riots that spread across the country after the death of George Floyd.

“Bravo has ceased filming with Jennie Nguyen and she will no longer be a cast member of ‘The Real Housewives of Salt Lake City,'” Bravo said in a statement. “We recognize we failed to take appropriate action once her offensive social media posts were brought to our attention.”

“Moving forward, we will work to improve our processes to ensure we make better informed and more thoughtful casting decisions,” the statement said.

Bravo appeared to be reacting to woke mob pressure demanding the network fire Nguyen after they discovered the Real Housewife star shared conservative memes in 2020.

One meme allegedly shared by Nguyen read: “If you follow the officers orders, you won’t get shot,” according to a report by Page Six. 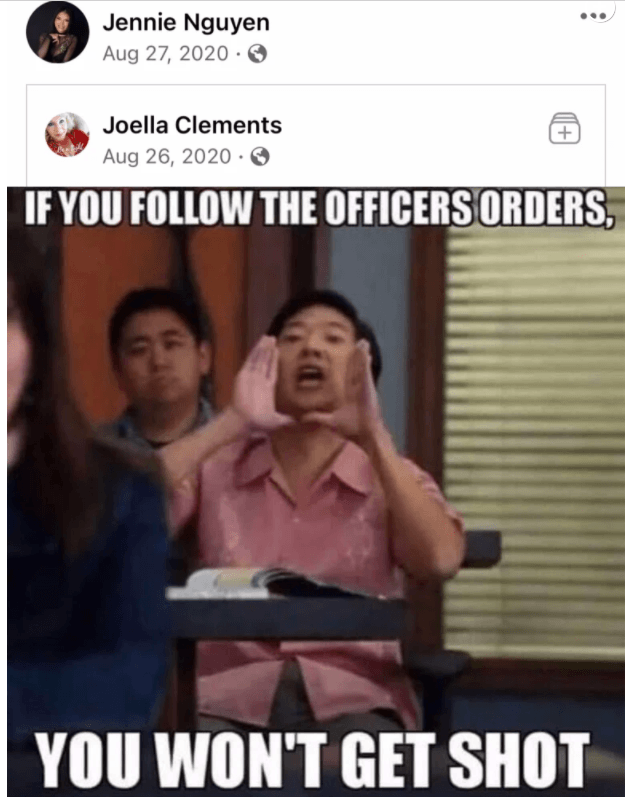 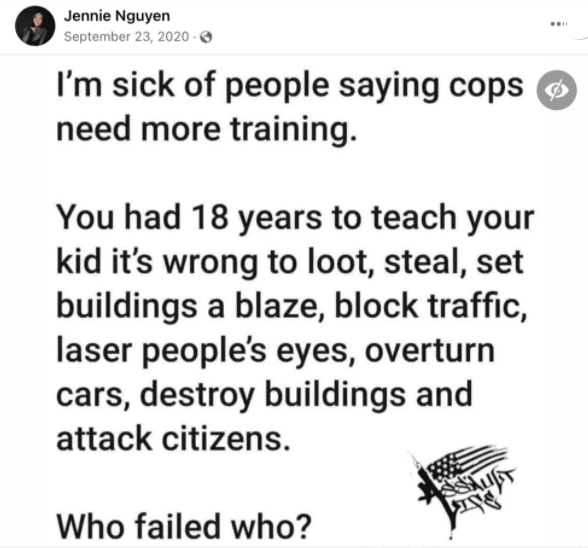 A third meme allegedly shared by Nguyen reads as follows:

Hundreds of blacks shot and many killed (including children) by other blacks every week. Over a thousand Officers violently injured, some permanently, by rioters. Anarchists rioting in major cities every night, which has caused billions of dollars of destruction to private and public property. And you still think Police Officers are the problem. You are an idiot.

Nguyen is a Vietnamese immigrant who escaped communism, noting in an episode of The Real Housewives of Salt Lake City late last year: “I lived through the war and so because of the Communist country, we need to just escape.”

While Nguyen has been fired for sharing conservative memes, Bravo appears more lenient for its cast members who get arrested for allegedly engaging in fraudulent schemes. Last year, Real Housewives star Jen Shah was arrested during the filming of season two, reports Us Weekly.

“Jennifer Shah, who portrays herself as a wealthy and successful businessperson on ‘reality’ television, and Stuart Smith, who is portrayed as Shah’s ‘first assistant,’ allegedly generated and sold ‘lead lists’ of innocent individuals for other members of their scheme to repeatedly scam,” Manhattan U.S. Attorney Audrey Strauss said.

“In actual reality and as alleged, the so-called business opportunities pushed on the victims by Shah, Smith, and their co-conspirators were just fraudulent schemes, motivated by greed, to steal victims’ money,” Strauss added. “Now, these defendants face time in prison for their alleged crimes.”

Shah was able to resume filming for season two just one month after her arrest.