Game of Thrones star Peter Dinklage slammed Disney’s live-action remake of Snow White and the Seven Dwarfs, noting that while they tried to be progressive by casting a Latina actress as Snow White, Disney still kept the “fucking backwards” depiction of “about seven dwarfs living in a cave together.”

“There’s a lot of hypocrisy going on,” Dinklage told comedian Marc Maron in the latest episode of his WTF podcast of Hollywood trying to be “progressive” in one aspect, but failing in another. “Literally no offense to anyone, but I was a little taken aback by — they were very proud to cast a Latina actress as Snow White, but you’re still telling the story of Snow White and the Seven Dwarfs.”

“Take a step back and look at what you’re doing there,” the X-Men actor continued. “It makes no sense to me. Because you’re progressive in one way, but you’re still making that fucking backwards story about seven dwarfs living in a cave together, what the fuck are you doing, man?”

“Have I done nothing to advance the cause from my soap box? I guess I’m not loud enough,” Dinklage said, laughing. “I don’t know which studio that is, but they were so proud of it. And all love and respect to the actress and all the people who thought they were doing the right thing. But I’m just like, ‘What are you doing?'”

Dinklage went on to mention being attacked by “liberal-minded” people who were outraged that he played Hervé Villechaize in the 2018 film My Dinner with Hervé, because they assumed Villechaize was Filipino due to how he looked. 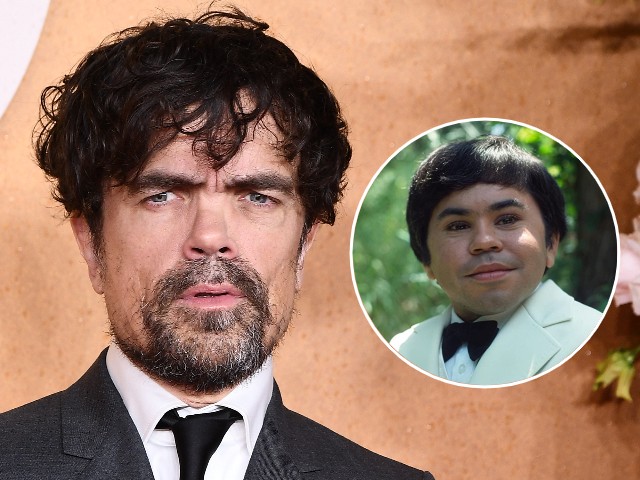 “I played Hervé Villechaize in an HBO film, and there was a lot of early backlash: ‘How dare he play a Filipino,'” the actor explained.

“They were so liberal-minded,” Dinklage added. “And I am liberal as anybody, but they were so convinced, because of how he looked, Hervé, that he was Filipino, which is r– if that’s not racism, what else? Because he’s not, he was a Frenchman.”

“They got very angry,” he said. “They just assumed.”