Lightyear, the latest piece of child grooming media from the predators at the Walt Disney Co., is looking like a box office catastrophe, which is only a surprise to those who don’t live in the real world.

Gee, what do you think will happen when you add some high-profile homosexuality to a kiddie movie?

I’ll tell you what happens… The latest chapter of the most iconic and beloved animated franchise of all time not only crash lands with a pathetic $51 to $55 million opening, it comes in second place behind the second weekend of Jurassic World Dominion. 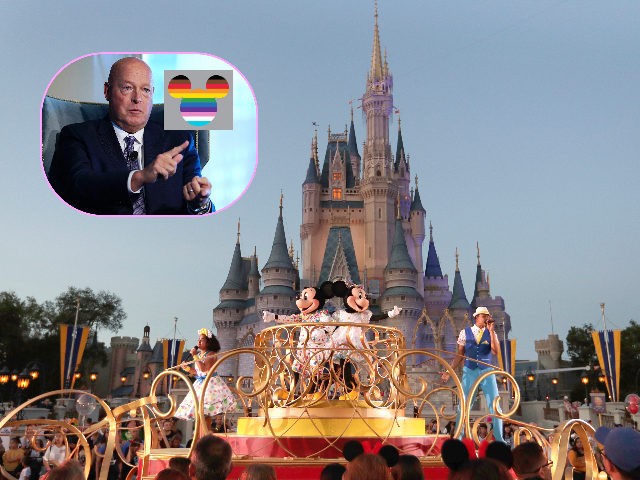 Allow me to caveat that these numbers could still change, but over at the far-left Deadline — along with all kinds of excuses that conspicuously avoid the woke propaganda in Lightyear — they are already calling it a disaster:

Well, this wasn’t suppose to happen. Disney’s Lightyear, despite an A- CinemaScore and 4 stars/85% positive on PostTrak, is coming in way under its $70M-$85M projection with a $51M-$55M 3-day weekend to Universal/Amblin’s second weekend of Jurassic World Dominion with $57.1M. Jurassic could even reach $66.3M through the four-day Juneteenth holiday.

What the hell happened here? Despite the lowest Rotten Tomatoes rating of the Toy Story franchise at 77% Certified Fresh, it’s clear no one in great quantity is going to see the origin story of Buzz Lightyear. Understand that a Pixar movie and a Jurassic movie have played in close proximity to each other on the calendar before, and they both walked away with an embarrassment of riches. While we’ve mentioned that spinoffs always open lower than the core franchise films (take your pick: Fantastic Beasts vs. Harry Potter, Hobbs & Shaw vs. Fast & Furious and Bumblebee vs. Transformers), this could be a case of going to the Toy Story well too soon, too fast, despite the fact that theater closures and a pandemic stood between now and the last Toy Story 4 three years ago.

“Going to the well too soon,” lol.

Marvel releases two and three movies a year. You mean like that going to the well too soon?

The Lord of the Rings and Hobbit came out every year. You mean like that going to the well too soon?

The two Sonic the Hedgehog movies came out two years apart (2020, 2022) and the second one opened higher than the first ($58 million versus $72 million). You mean like that going to the well too soon?

Oh, and both of those Sonic openings beat Lightyear’s opening.

Then Deadline blames the critical reaction, even though Lightyear has an 80 percent fresh score at Rotten Tomatoes and Jurassic World Dominion is below 40 percent.

Then Deadline blames the inflationary economy, even though in the past three weeks we’ve seen both Top Gun and Jurassic World Dominion perform at or way above expectations.

This is Toy Story.

You gayed up Toy Story?

Are you out of your minds?

No one cares if movies are made for homosexuals. Movies should be made for everyone. But you are never going to mainstream this stuff because — even though most people are afraid to say so — watching it makes 90 percent of us uncomfortable. Unless you are gay, same-sex sex, even a kiss, is unnatural and we don’t go to the movies to be made uncomfortable. And we sure as hell don’t go to the movies to have to explain human sexuality to our children before they’re ready for it.

How bad is this Lightyear opening?

Well, three years ago, Toy Story 4 opened to $121 million. If these figures hold, Lightyear won’t do HALF that.

Another thing to keep in mind is that there’s no competition. The only kiddie movie still in theaters is The Bad Guys, which opened all the way back in April. After the resounding success of Toy Story 4 and with a wide-open field at the box office, especially during the summer, especially over Father’s Day, there was never a better time to open Lightyear.

But you had to use Disney’s most iconic franchise and one of its most iconic characters to push your grooming agenda.

Again, I encourage all studios to make movies for all people, and that of course includes homosexuals. But it is immoral to add homosexuality to a kid’s movie. Kids are not ready for this, their parents certainly aren’t, and the crashing and burning of this $200 million piece of propaganda should tell you most people agree.

You can’t imagine how bad this is. Expectations were already being managed with ridiculously low projections of a $60 to $85 million opening. The entertainment media had front-loaded a lowball so Disney could claim a win — even though it would not have been, even at $85 million.

P.S. Almost as dumb as gaying up Lightyear was replacing the beloved Tim Allen in the lead role.