Monty Python legend Eric Idle is dismissing cancel culture and screaming about how he hates us conservatives.

Uhm, but what about the outright blacklisting of his Monty Python colleague Terry Gilliam?

Well, it looks as if the anti-science Idle is having a public disagreement with an even bigger Monty Python legend, John Cleese, who has become something of an anti-woke warrior. 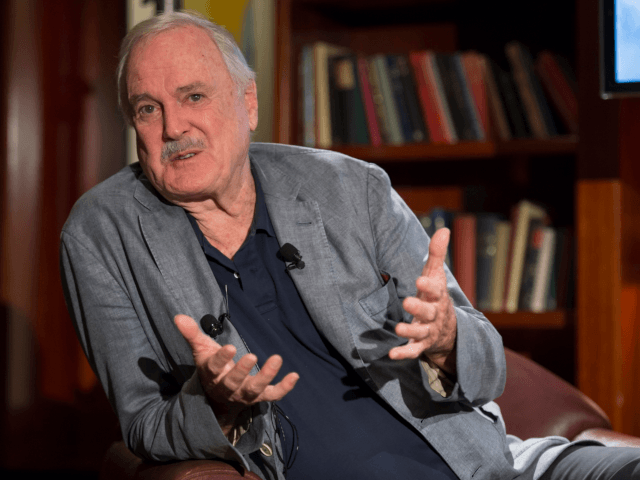 In this handout photo, Fawlty Towers creator and co-writer, John Cleese, speaks to the media on March 21, 2016, in Melbourne, Australia. (James Morgan/Getty Images)

Idle was interviewed by someone named Kara Swisher Monday and laughed at the whole idea of woke fascism being a real thing.

“How do you look at cancel culture today, because now everybody is watched under great scrutiny,” Swisher asked, referring directly to Dave Chappelle’s recent appearance on Saturday Night Live.

“What do you think of the comedians like Dave Chappelle,” she added, “saying that he’s being subjected to censorship?”

Idle wrist-flicked the whole idea. “Well, where does he say it? On SNL. [Y] ou’re not being that much canceled, are you? If you were in your room complaining, I’d have a lot more sympathy.”

It doesn’t get any more disingenuous than that.

Why would Idle ignore the blacklisting of his former Monty Python alum, Terry Gilliam?

Why doesn’t Idle stand up for Gilliam? 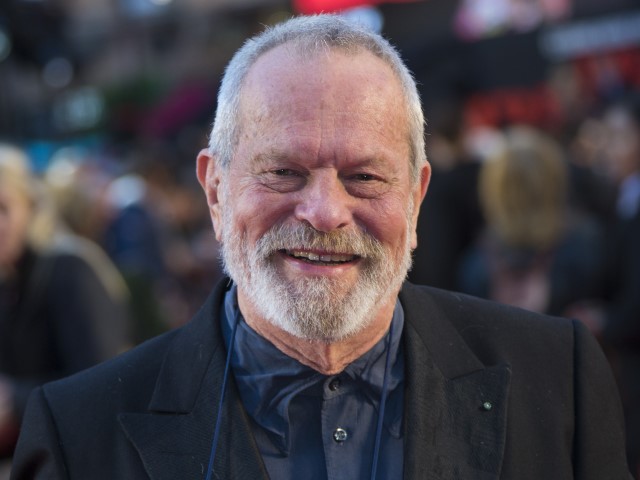 The brilliant Gilliam (I’m a Monty Python fanboy, FYI) was supposed to stage a production of Into the Woods at London’s Old Vic Theater last year. Instead, he lost the gig. He was straight-up blacklisted. Why? Because he questioned the darker parts of the #MeToo movement and wrote a Facebook post urging his followers to watch Chappelle’s Netflix special criticizing the Transgender Gestapo. 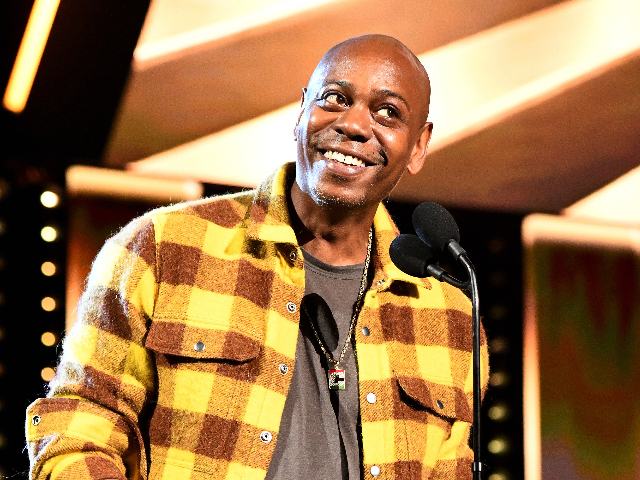 And that was the end of that.

But Idle’s all, Nah, nah, not real. No big deal. Quit your whining.

Another former colleague of Idle’s, John Cleese, has devoted a good part of his golden years to fighting against the Woke Gestapo. He saw a classic episode of his Fawlty Towers sitcom hit with a warning label, he’s had a microphone taken away for joking about reparations (which really are stupid)… Cleese is no conservative, but he’s also no coward. He sees what’s happening. Cleese said things are so bad he would turn down any offer to do an hour on the BBC. He knows nothing he wrote would get on the air.

Idle also appears to have lost his irony detector…

“I grew up in that world,” he said, adding that he was a World War II “war baby.” So fascism is “very real to us, fascism—what can happen if you let one person take over a country, so that still rings very strongly with me in my soul.”

Oh, so who are the fascists censoring speech and blacklisting today? I can assure Idle conservatives hold no power over the BBC or London’s Old Vic Theater.

There are also reports Chappelle had to sneak his SNL monologue through the producers for fear of it being censored.

I’m glad Idle is old and rich, and self-satisfied. He deserves all of it, and if he wants to stick his head in the sand to avoid criticism, that’s fine. But he shouldn’t lie. What he should do, rather than lie, is quietly retire. That way, he won’t embarrass and shame himself like this.